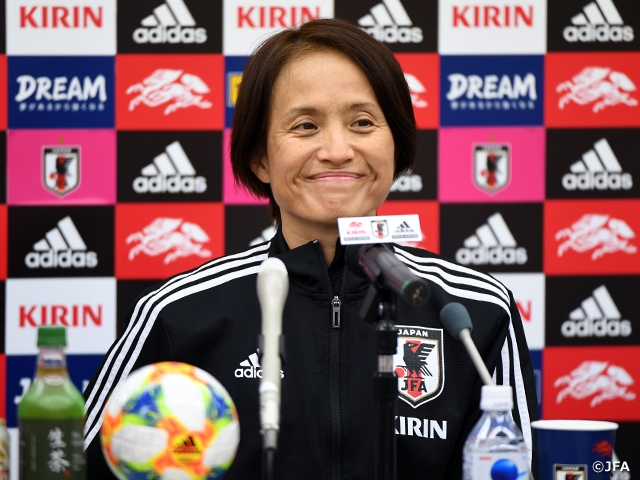 One day prior to their international friendly match against the Canada Women's National Team, the Nadeshiko Japan (Japan Women’s National Team) held an official training session and press-conference at the match venue IAI Stadium Nihondaira on Saturday 5 October.

The training session was opened to the media for the first 15 minutes and the players were seen going through their training drills while checking out the pitch condition of the stadium. 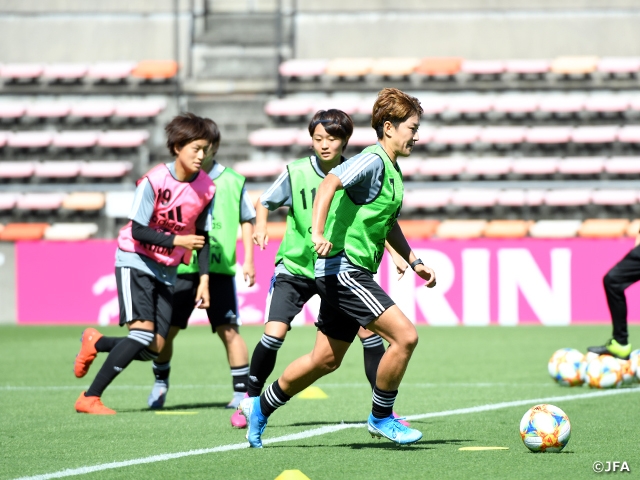 Following the training session, coach TAKAKURA Asako appeared in the press-conference and shared her aspiration towards Nadeshiko Japan’s first match played in Shizuoka since 2006, “We are so grateful to be given this opportunity to play at a wonderful stadium like the IAI Stadium Nihondaira. Our players are full of energy and they are looking forward for this match.”

After arriving to Japan on Tuesday 1, the Canada Women's National Team also held a training session at the match venue, as they worked up a sweat to prepare for the match.

Coach Kenneth HEINER-MOLLER took the podium after their training session, as the Danish coach, who led the team at the FIFA Women’s World Cup France 2019, shared his thoughts on the upcoming match, “Japan is one of the top teams of the world. Canada is in the process of preparing the team ahead of the Concacaf qualifiers to qualify for the Tokyo Olympics, so this match will be a very important match for the team.” 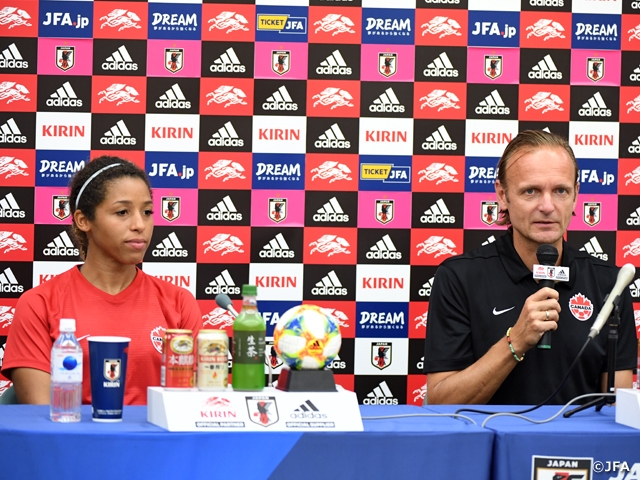 The international friendly match between the Nadeshiko Japan and the Canada Women’s National Team will kick-off at 14:30 on Sunday 6 October at IAI Stadium Nihondaira, Shizuoka.

TAKAKURA Asako, Coach of Nadeshiko Japan (Japan Women’s National Team)
This will be our first match since the World Cup and our first step towards the Tokyo Olympics will start from this match against a strong Canadian side. We hope to showcase a positive performance and result at this match. Canada has a good mix of veterans and youngsters. In contrast, the Nadeshiko Japan is a young team, so we hope to learn as much as possible from our opponent. Our team is in the process to prepare for the Olympics, so we hope to win the match to get ourselves a jumping start. We have been receiving so much support from our fans, so we hope to showcase an aggressive performance tomorrow.

DF #4 KUMAGAI Saki (Olympique Lyonnais/France)
After experiencing the World Cup, we have learned what we need to do to compete at the world level. With this being our first match following the World Cup, we hope to showcase an improved version of ourselves. As coach Takakura has mentioned, we must stay true to ourselves and showcase a football style only Japan can express. In order to make that happen, we must fight strong to win each ball and keep high possession of the ball. We will play aggressively from the start of the match.

DF #23 MIYAKE Shiori (INAC Kobe Leonessa)
The World Cup has certainly left us with a bitter experience, so we must feed off of that experience to reach higher levels. In our recent trainings, we have been working to build on what we already had, while discussing the small details to improve our overall performance. I think the competitions within the team has intensified. We will prepare ourselves well ahead of our match against Canada.

MF #14 HASEGAWA Yui (Nippon TV Beleza)
With this being our first match since the World Cup, we have prepared ourselves for the match against Canada by reviewing what we lacked at the World Cup. Canada is a very strong team. More than the USA or France, I personally was more impressed by Canada at the Algarve Cup 2018. They are very good at building up their plays, so tomorrow’s match will certainly be a tough one for us. They are also capable of keeping high possession of the ball, so we hope to play aggressively to put up a good fight.

Kenneth HEINER-MOLLER, Coach (Canada Women's National Team)
We are very honoured to be given this opportunity to face Japan. Coach Takakura has built a very young and exciting team. The Japanese squad is full of future stars and we are looking forward to facing them. Our team is in our process to prepare for the Olympics, so this match against Japan will play a significant role in our preparation, and we intend to win the match tomorrow.