Title race and relegation race intensifies… Which team will break out of the pack? - Prince Takamado Trophy JFA U-18 Football Premier League 2021 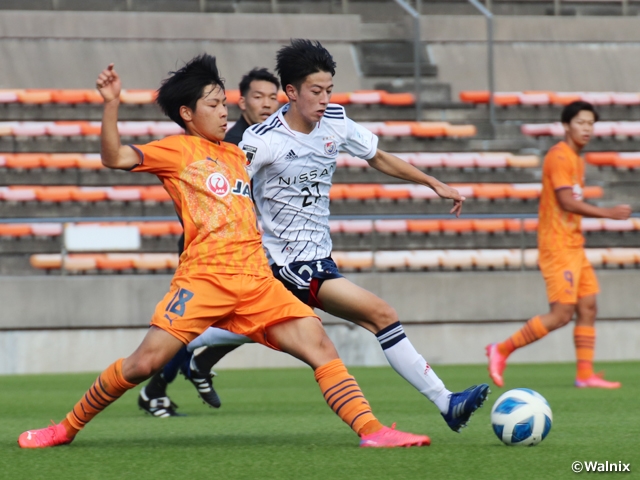 The 17th sec. of the Prince Takamado Trophy JFA U-18 Football Premier League 2021 is scheduled to take place on Saturday 27 and Sunday 28 November.

Yokohama F.Marinos Youth (Kanagawa) have been accumulating points in the second half of the season to move up to third place. Following their 4-1 victory over FC Tokyo U-18 (Tokyo) in the 14th sec., the team earned another win last week. MATSUMURA Kosuke (#27), who has scored in back to back matches, will try to extend the team’s winning streak when they face Omiya Ardija U18 (Saitama) this week.

Urawa Red Diamonds Youth (Saitama) will welcome FC Tokyo to their home this week. It was the Tokyo side who won the first leg, thanks to the game winner scored by NOZAWA Leon (#18) in the second half. We will see who has the last laugh in the second leg.

The battle in the midfield may dictate the outcome of the match between Kashiwa Reysol U-18 (Chiba) and Aomori Yamada High School (Aomori). It will be interesting to see how the Kashiwa side, led by TASEI Yusaku (#6), evade the intense pressure of Aomori Yamada’s UNO Zento (#6) and OBARA Yoshitaka (#7). 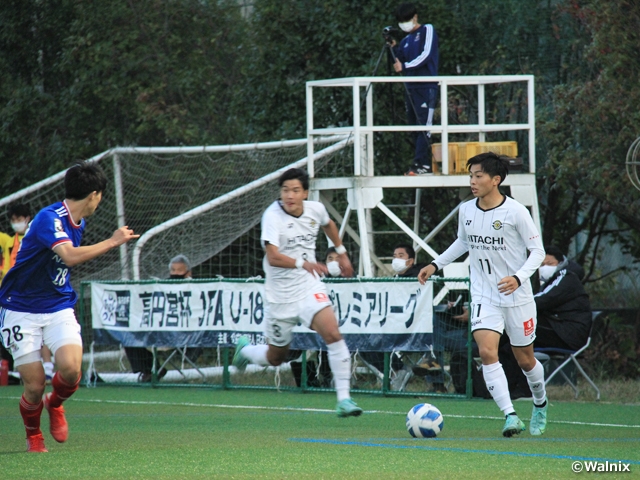 Since October, Yokohama FC Youth (Kanagawa) have been suffering from a string of poor results. This week they will face Ryutsu Keizai University Kashiwa High School (Chiba), who they lost 1-4 in the first leg, giving them extra motivation to do well. In order to avoid getting swept by the same opponent, Yokohama FC will need to play aggressively to take the initiative.

Shimizu S-Pulse Youth (Shizuoka), who have been undefeated since the 13th sec., won over Aomori Yamada last week to record their second five-game winning streak of the season. They will welcome Funabashi Municipal High School (Chiba) to their home this week to seek for their sixth consecutive victory.

Jubilo Iwata U-18 (Shizuoka) have struggled to score goals this season, scoring just 10 goals, which is the fewest in the league. However, with TUJI Hayato (#18) and GOTO Keisuke (#23) picking up their form after recovering from their injuries, the team is looking to be heading towards the right direction. This week they will face Cerezo Osaka U-18 (Osaka) at their home field, where they will seek to win their fifth win of the season. 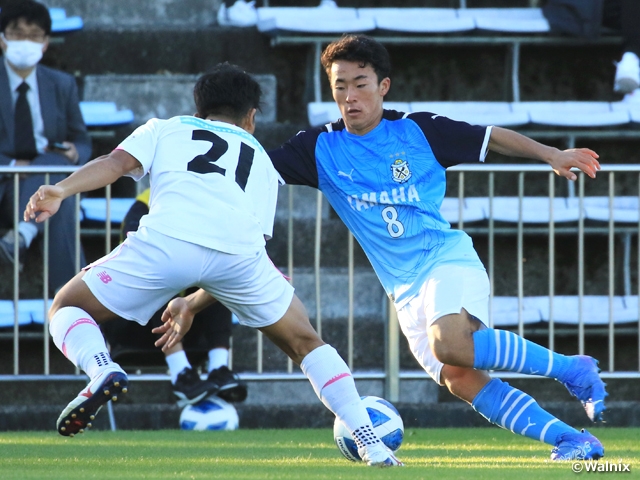 Sanfrecce Hiroshima F.C Youth (Hiroshima) will welcome Higashi Fukuoka High School (Fukuoka) to their home this week. After scoring three goals from corner kicks in the first leg, Hiroshima’s key to success will rely on the form of their spot kicker NISHIMURA Gaku (#7).

For ninth place Kyoto Sanga FC U-18 (Kyoto), this week’s matchup against bottom ranked Vissel Kobe U-18 (Hyogo) will be a match with significant implications as they seek to avoid relegation. As shown in their previous match against Cerezo Osaka, where they scored four goals in the first half to win the match, they will try to kick into high gear from the start. 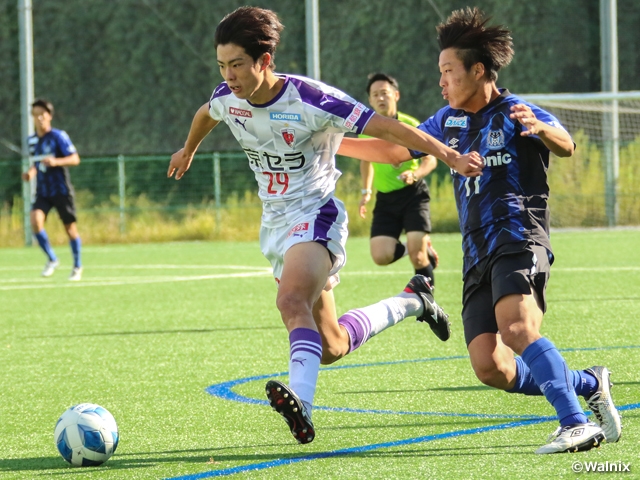 Ozu High School (Kumamoto) is in third place, despite having played the fewest matches in the league. Led by KAWAZOE Taiki (#4) and SATO Ryusei (#1), the team has conceded the fewest goals thus far. It will be interesting to see if they can maintain their tenacious effort in defence when they welcome Sagan Tosu U-18 (Saga) to their home this week.

Enticing matchups in the flanks awaits in the fixture between Gamba Osaka Youth (Osaka) and Nagoya Grampus U-18 (Aichi). The two players who were selected to the U-22 Japan National Team for last month’s AFC U23 Asian Cup Uzbekistan 2022™ Qualifiers, Osaka’s NAKAMURA Jiro (#10) and Nagoya’s KODA Hidemasa (#11), will be the main focus when the two sides collide this weekend.