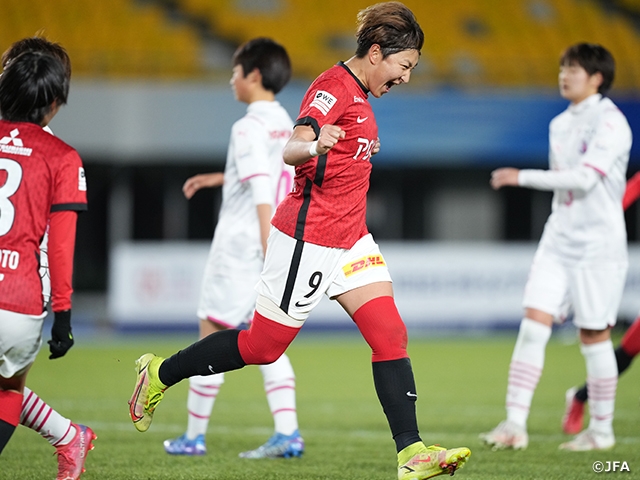 The semi-finals of the Empress's Cup JFA 43rd Japan Women's Football Championship took place on Wednesday 5 January. At Kanseki Stadium Tochigi, a team from the 2021 Plenus Nadeshiko League and a regional qualifier challenged a WE League club in both fixtures.

The match between last year’s runners-up Mitsubishi Heavy Industries Urawa Reds Ladies (WE League/Saitama) and Cerezo Osaka Sakai Ladies (Nadeshiko1/Osaka), who reached the Empress’s Cup semi-finals for the first time, it was the Reds who took the initiative with a line-up full of players of the Nadeshiko Japan (Japan Women's National Team).

In the 11th minute, SUGASAWA Yuika fired a shot that struck the crossbar, followed by an attempt made by NAOMOTO Hikaru in the 15th minute, when she responded to a through ball of SHIOKOSHI Yuzuho, but her shot was saved by the Cerezo goalkeeper YAMASHITA Rina.

Cerezo Sakai showcased great persistency to keep the Reds from scoring a goal in the first half, but struggled to create opportunities themselves, as they failed to find ways to deliver the ball to their ace KOYAMA Shinomi, who has scored seven goals in the competition.

Reds continued to dominate the match in the second half, but led by TSUTSUI Riko, Cerezo Sakai maintained their focus to keep the Urawa side at bay. 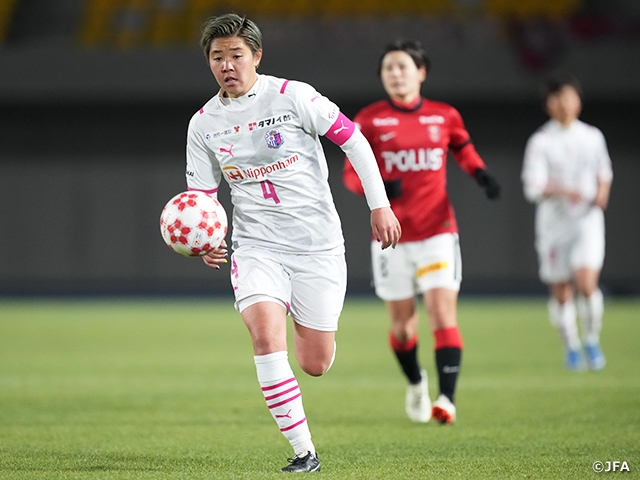 A big moment arrived in the 66th minute, when SHIBATA Hanae drew a foul inside the penalty box to give the Reds a PK. It was Sugasawa who stepped up to take the spot kick, but the crowd erupted when Yamashita made the save.

Despite missing out on a golden opportunity, the Reds offence continued to press forward, which earned them their second PK of the match in the 77th minute, when the shot taken by Shiokoshi struck the arm of Tsutsui. Sugasawa claimed the ball once again, this time converting the spot kick to the right hand corner of the goal.

Cerezo Sakai made their final efforts in the closing minutes, but led by MINAMI Moeka, the Reds maintained a clean sheet to win the match 1-0, advancing to the Empress’s Cup final for the third straight year.

The match between JEF United Ichihara Chiba Ladies (WE League/Chiba), who have been undefeated for three months, and Nippon TV Tokyo Verdy Menina (Kanto/Tokyo), who advanced to the semi-finals by defeating two teams from the WE League, intensified despite the temperature dropping down to 1.3℃.

The match saw early action, as the long throw delivered by JEF’s TANAKA Mariko induced a misstep of Menina’s SAKABE Yukina, allowing KAMOGAWA Miho to score the opening goal in the eighth minute. 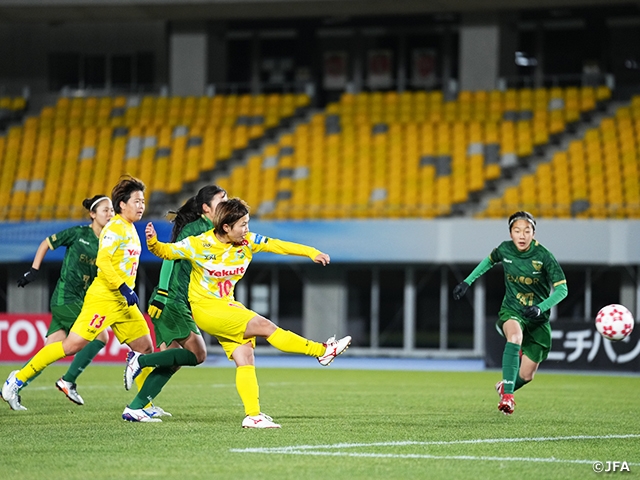 Despite conceding the opener, Menina managed to maintain their composure and showcase their passing football that led them to the semi-finals. Effectively utilising the space, the Tokyo side superbly kept the ball moving, but fell short from scoring the equaliser in the first half, as JEF entered the break with a 1-0 lead.

In efforts to level the match, Menina collected the ball to KIMURA Sana in the right side to initiate their attacks but struggled to find ways to get the ball to their two attackers, MATSUNAGA Miyu and HIJIKATA Maya.

While Menina applied numbers upfront, JEF anticipated for their chances to counter, as ANZAI Yuka dribbled up the field from her own side and struck a shot in the 63rd minute, but her attempt was saved by Menina’s goalkeeper NODA Nina. With JEF showcasing their persistency in defence, the match ended 1-0, giving the Chiba side their first ticket to the Empress’s Cup final in nine years.

There were tears in the eyes of some of the Menina players after their loss, but the audience gave a warm round of applause for Menina's magnificent run in this tournament. 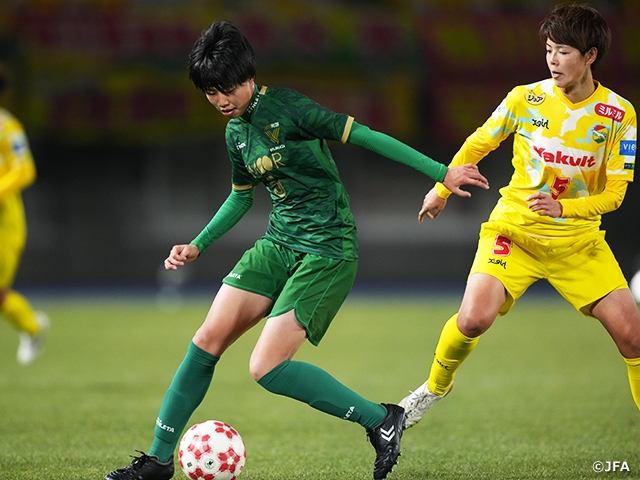 FW #9 SUGASAWA Yuika (Mitsubishi Heavy Industries Urawa Reds Ladies)
I am happy that we were able to advance through to the final with a solid victory. My first PK was poorly executed, but I managed to hit the corner in the second one, in which the goalkeeper had no chance of making a save. After the disappointment of the last tournament, the stage is finally set for us to enjoy our last match in the Empress's Cup and try our best to win it.

DF #4 TSUTSUI Riko (Cerezo Osaka Sakai Ladies)
We were not able to showcase the Cerezo way to possess the ball and create opportunities, while the Reds managed to keep the ball moving, which ultimately was the difference in this match. Reaching the semi-finals for the first time is not bad, but because we were aiming for a higher goal, we are disappointed with this result. This season has been difficult, but with the addition of young players we have become a better team than last year.

MF #10 KAMOGAWA Miho (JEF United Ichihara Chiba Ladies )
We were able to take advantage of our opponent’s mistake to score a goal. The fact that we were able to score an early goal helped us win this match, but we could have made it easier by scoring another goal. Our opponent displayed their ability to make quick transitions to win the ball, but we managed to defend tenaciously and showed more desire to win the match.

DF #3 SAKABE Yukina (Nippon TV Tokyo Verdy Menina)
We wanted to keep the score levelled in the first ten minutes, but we conceded a goal from my mistake. Although we were able to possess the ball in the second half, we couldn’t find ways to break down the opposing defence and ended up losing. Our goal for this tournament was to beat a Nadeshiko League team and play against a WE League team, and we gained valuable experience by beating an undefeated Leonessa team. We hope to make use of this experience in the JFA 25th U-18 Japan Women's football championship and in the future.