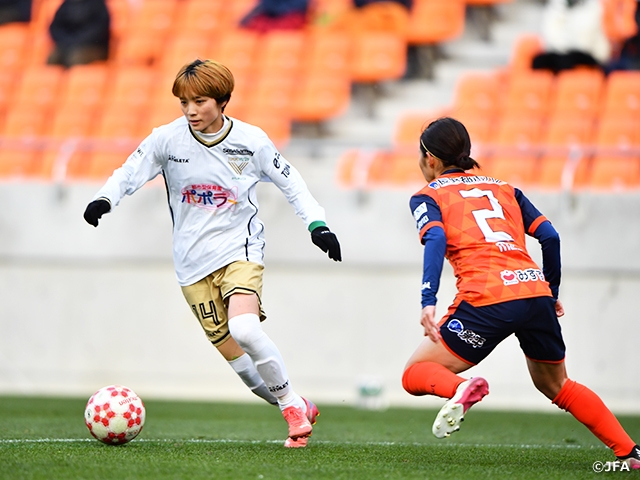 The quarterfinals of the Empress's Cup JFA 43rd Japan Women's Football Championship are about to take place on Wednesday 29 December. Six teams from the WE League, including two finalists from last year, two teams who had previously reached the final, two teams who are participating for the first time, will be joined by two teams from the lower categories.

Among the three match venues, the only one in Kanto will be Earth Care Gunma Shikishima Football Stadium, where Nippon TV Tokyo Verdy Beleza (WE League/Tokyo) and JEF United Ichihara Chiba Ladies (WE League/Chiba) will play. Beleza, the four-time defending champions of the Empress's Cup, have reached the quarterfinals for a remarkable 11th time in a row, by beating AC Nagano Parceiro Ladies (WE League/Nagano) 4-0 in a WE League match-up. On the other hand, JEF defeated their prefectural rival Orca Kamogawa FC (Nadeshiko1/Chiba) in the fourth round, thanks to a goal of KAMOGAWA Miho. The two sides have met four times in the Empress's Cup, in which all four meetings came in the quarterfinals, with Beleza holding the advantage with three wins (2000, 2002, 2016). The only win JEF came in the 34th tournament (2016), in which they ended up reaching the final.

The match between Albirex Niigata Ladies (WE League/Niigata) and Cerezo Osaka Sakai Ladies (Nadeshiko1/Osaka) will be held at Sanga Stadium by KYOCERA. This is the second consecutive year that both teams have reached the quarterfinals. Albirex edged out fellow WE League side Chifure AS Elfen Saitama (WE League/Saitama) 2-0 in the fourth round, while Cerezo Sakai defeated Nojima Stella Kanagawa Sagamihara (WE League/Kanagawa) 3-2 to become the only Nadeshiko League team to reach the final eight. Cerezo’s success has been propelled by KOYAMA Shinomi, who has scored six goals in three matches. We will see if the striker can help the Osaka side get past another WE League side to reach the Empress's Cup semi-finals for the first time. 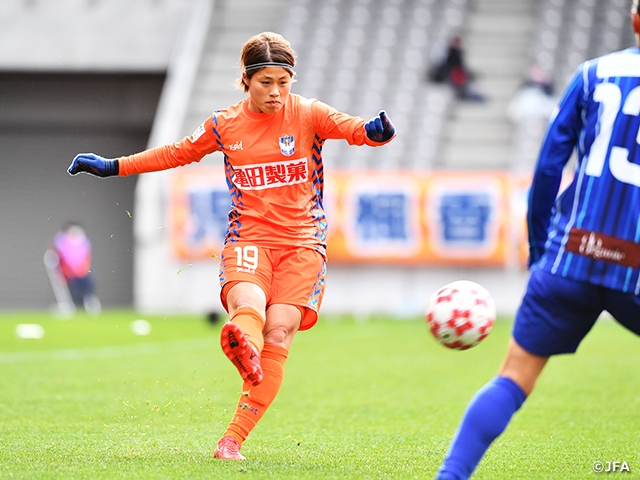 Two matches will be held at Yanmar Stadium Nagai. The first match will be between Sanfrecce Hiroshima Regina (WE League/Hiroshima) and Mitsubishi Heavy Industries Urawa Reds Ladies (WE League/Saitama). Having finished as the runners-up in back-to-back Empress's Cups, Reds began their campaign by beating this season's Nadeshiko League champions Iga FC Kunoichi Mie (Nadeshiko1/Mie) in a tight match, thanks to the goal of SEIKE Kiko. Regina, who are participating in the Empress's Cup for the first time, made their tournament debut with a 2-0 win over Mynavi Sendai Ladies (WE League/Miyagi), who are provisionally ranked second in the WE League. Regina will be looking for another victory over the league's top contender in the quarterfinals to boost their confidence in their bid for their first title. In the league, Regina have beaten Reds 2-1.

The second match in Nagai will be between Omiya Ardija VENTUS (WE League/Saitama) and Nippon TV Tokyo Verdy Menina (Kanto/Tokyo). Despite conceding the lead to Sfida Setagaya FC (Nadeshiko1/Tokyo) in the fourth round, VENTUS came back in the final minutes with the goals of MURAKAMI Maho and UETSUJI Yumi to claim their first win in the Empress's Cup. As in the fourth round, they will once again be challenged by a team from a lower category. Menina pulled off a big upset, defeating INAC Kobe Leonessa (WE League/Hyogo), who are undefeated in the WE League, 2-1. HIJIKATA Maya, who scored the first goal, has scored in four consecutive matches since the first round. In the 32nd tournament (2010), Tokiwagi Gakuen High School defeated Beleza in the third round, before beating Fujieda Junshin High School, who had also defeated Nadeshiko League teams, in the quarterfinals to reach the final four. We will see if the youngsters can sustain their momentum to make a deeper run.

Please stay tuned for the action packed quarterfinals of this year’s Empress's Cup.