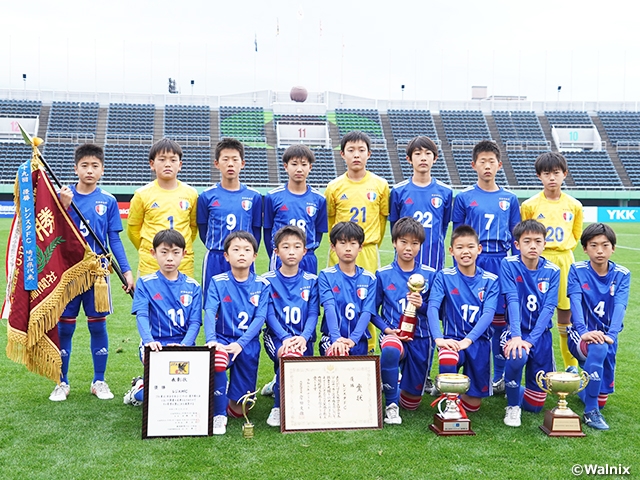 Finalists Kashima Antlers Junior (Ibaraki) and Regista FC both won all their matches leading to the quarterfinals with conviction. However, both semi-finals were hard fought and each team advanced through to the final by edging their opponent by a goal.

As the match was between two teams from the Kanto region, Kashima and Regista had played each other many times in training matches and knew each other's style well, so the match started with both sides playing defensively. However, after the first five minutes, Regista started to take control over the ball possession and made quick transitions to initiate their attacks.

With Regista gradually finding their way into the penalty area, YAMAZAKI Yuta struck a shot from distance in the 11th minute. Although this shot was initially saved by Kashima’s goalkeeper ABE Sosuke, IGARASHI Ryo was there to convert the deflection to give Regista the lead.

The opener gave Regista momentum to take control over the match, and despite scoring only one goal in the first half, Igarashi opened the scoring just after the start of the second half with a well-controlled shot to extend the lead. 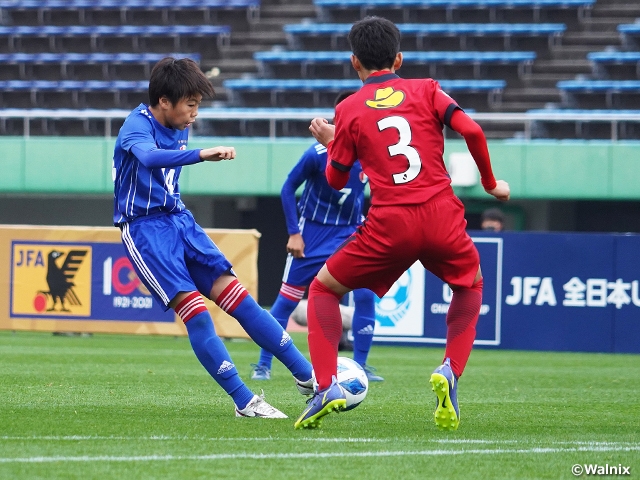 Despite being behind by two goals, Kashima did not give up, with their captain OGASAWARA Hiro leading the way to move the ball and create chances on the counter. However, Regista's stout defence and fine saves made by goalkeeper ITO Haruto prevented them from reaching the goal.

In the 37th minute, Igarashi superbly controlled the ball cleared by Kashima and delivered a lobbing shot with his left foot, which cleared the head of the goalkeeper and found the back of the net.

In efforts to rally back, Kashima continued to press forward, including the shot taken by OKA Hidemoto, but fell short from scoring a goal. 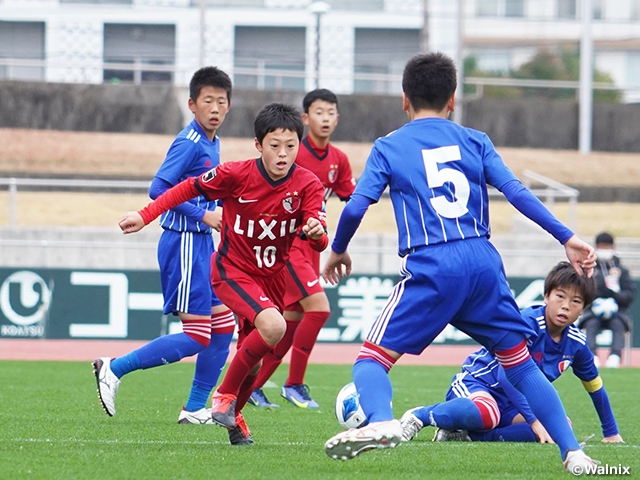 Led by the hat-trick scored by their captain, Regista won the match 3-0 to claim their first title in six years. In this tournament, the ace striker of Yokogawa Musashino FC U-12 (Tokyo), KAWAMURA Kyu, won the top scorer award. 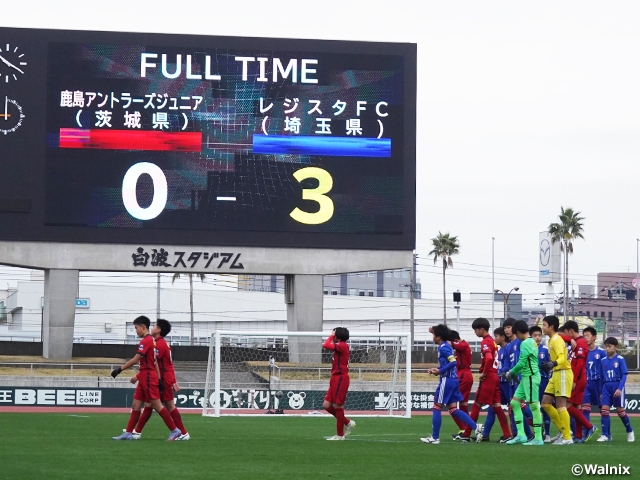 NAKAJYO Tsutomu, Coach (Regista FC)
We overcame a big challenge in the semi-finals against Yokogawa Musashino FC U-12, which gave us a lot of confidence entering today’s match. It felt like both sides did well to erase each other’s strengths in the early minutes, but our players managed to go back to the basics to run and fight hard to win the ball. The fact that we were able to make quick transitions and fight until the end, helped us earn this victory.

IGARASHI Ryo (Regista FC)
We are strong on the flanks, so we focused on utilising the width of the field and anticipating for the deflections of the goalkeeper. We knew this was going to be a close match, so we challenged the ball aggressively in defence. I feel that we were able to showcase the football style of Regista, and fight as a team until the very end.

NAKANO Hiroshi, Coach (Kashima Antlers Junior)
We were not able to win the ball in the attacking third and had to restart our offence deep in our own territory. Although there were a few scenes where we managed to enter the final third, we couldn’t evade the pressure applied by our opponent. However, the frustration of losing in the final is something that only those who have reached the final can experience, so I hope the players will make the most of this experience to improve themselves.

OGASAWARA Hiro (Kashima Antlers Junior)
We tried to send the ball upfront but couldn’t find ways to break through. It is very frustrating that we were kept scoreless. This is the last time we will be playing with this squad, but we have worked together to reach this point, so we hope to make the most of this experience for our future. I want to become a player that can score goals in these kinds of matches to help the team.