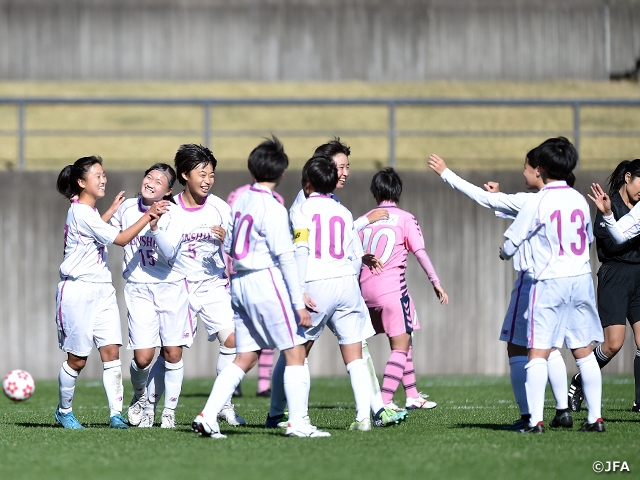 The Empress's Cup JFA 43rd Japan Women's Football Championship kicked off on Saturday 27 November, as eight fixtures of the first round took place. At Fujieda Soccer Stadium, teams of various categories, from high school teams to prefectural league teams and Nadeshiko League teams, competed against each other.

In the match between Norddea Hokkaido (Hokkaido), who played their first year in Nadeshiko League Division 2, and Fujieda Junshin High School (Tokai/Shizuoka), who won the All Japan High School Women's Soccer Tournament for the second year in a row, it was Fujieda Junshin who took the initiative through their spectacular dribbling skills.

Although Norddea had the advantage in terms of size, Fujieda Junshin was able to evade the pressure and score the first goal in the 36th minute. Following the opener, the high school side continued to showcase their dominance, as they created more opportunities while keeping the Norddea offence at bay.

After being kept without a single shot in the first half, Norddea made two changes during halftime to change the dynamics of the match. However, the Hokkaido side conceded back to back goals to Fujieda Junshin in the second half, as MASANO Runa and YAMADA Ayumi each scored a goal to extend the lead.

Despite the final efforts made by Norddea, Fujieda Junshin won the match 3-0 to reach the second round for the second time in three years. 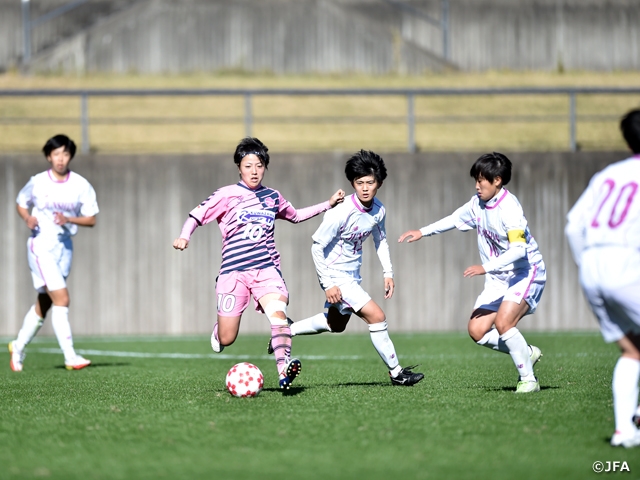 The match between Shizuoka SSU Asregina (Tokai/Shizuoka), who finished third in their first year in Nadeshiko League Division 2, and FC Fujizakura Yamanashi (Kanto/ Yamanashi), who qualified for the Empress's Cup for the first time, came down to the wire, as the winner was decided by penalty shootout.

It was the Yamanashi side who struck first, as NANJO Rio scored the opener in the 23rd minute with a shot taken from mid-range. However, Shizuoka responded by scoring back to back goals, as YAMADA Yui scored the equaliser with a spectacular header in the 35th minute, followed by a powerful shot struck by 17 year old MIYOSHI Akane in the 37th minute. 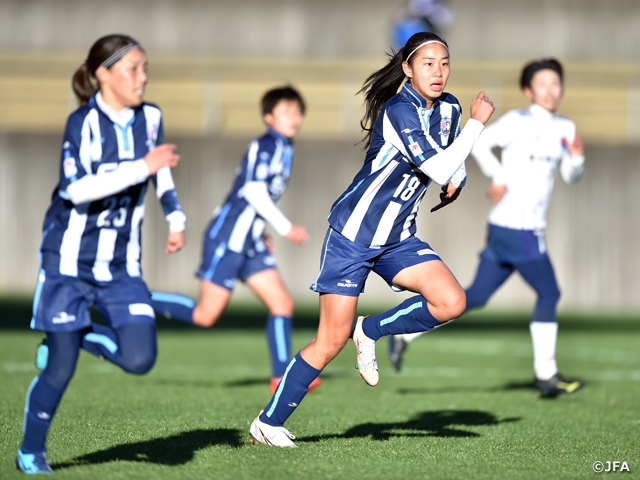 In the second half, the champions of Yamanashi Prefectural League anticipated for their opportunity to level the match by effectively mixing in counterattacks, as goalkeeper Ming Jung TSAI, who has played for the Chinese Taipei Women's National Team, quickly delivered the ball to SHIMIZU Chiharu to initiate their attacks. Their efforts finally came to fruition when TSUJINO Yumiko scored the equaliser in the 82nd minute.

Even after extra time, the winner was not determined, as the match entered penalty shootout to decide which team would advance to the second round.

After both sides successfully converted their first nine spot kicks, each team failed their 10th kick. Goalkeeper TAKAHASHI Miharu converted the 11th penalty to give Shizuoka the lead, before Yamanashi’s eleventh kicker Tsai shanked the ball to the left, giving Shizuoka the win. 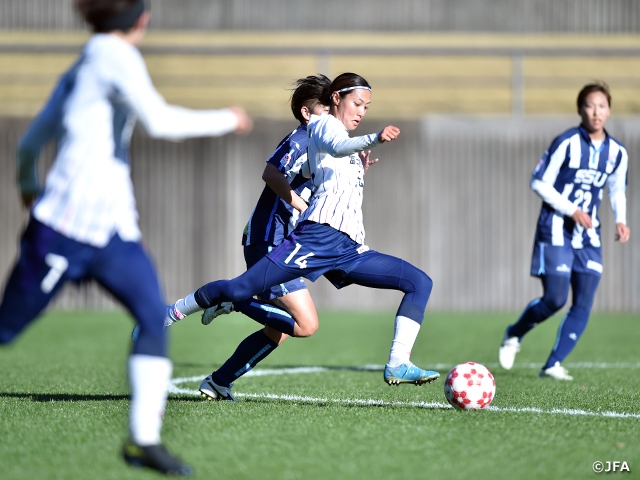 TAKUMA Miki, Coach (Norddea Hokkaido)
We knew we were up against a team that would apply high pressure, so we had been training to evade that pressure. However, the defence line could not get in good position and kept getting caught, which was also a big reason for the loss. This season, we have been focusing on developing our individual abilities in the Nadeshiko Second Division. Although we saw some developments, it didn’t translate to the improvement of the overall strength of the team. We will strive to achieve better results next season.

NAKAMURA Kakeru, Coach (Fujieda Junshin High School)
Now that the team has qualified for the All Japan High School Women's Football Championship, there are many third-year players who are showing good performances, and I feel that the competition within the team has become more intense. We will continue to play against higher-ranked teams at the Empress's Cup, but I hope that the players will keep their challenging spirit. I want the players to pursue the same level of performance, results, and victory after they graduate. We lost in the first round last year, so we hope to make a deep run this year.

MF #23 FUJIWARA Kana (Shizuoka SSU Asregina)
Although we managed to make it through to the second round, we are usually a team that can connect the ball, so I think we could have played with a little more distance between each other. Because we were out of position, we couldn’t find our rhythm in offence and create good attacks. In the second round, we will play against ac Fukushima, who is in the same category as us, so it is a match we don’t want to lose. We will reset our minds ahead of the second round.

MF #14 NANJO Rio (FC Fujizakura Yamanashi)
Although we missed our opportunity to get promoted to the Nadeshiko League this season, we wanted to prove the strength of Fujizakura by causing an upset at the Empress’s Cup. Today, I entered the match with a strong determination to score goals, which led to that goal. We were able to play the football we wanted to play and enjoyed the match, but the result did not follow, which was frustrating. However, I feel like this year was a year that I grew the most as a football player.