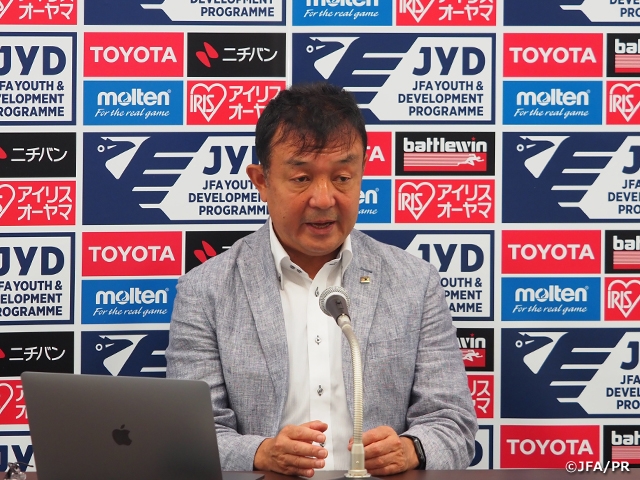 On Monday 3 August, JFA held an online press conference to announce their plan to establish the “Associate-Pro (A-Pro) Licence Coaching Course” for female coaches. The course will be setup with the aim to develop female coaches that can lead teams at the newly established professional women’s football league: “WE League,” which is scheduled to kick-off in autumn 2021, and to produce female coaches that can thrive at the world stage.

In order to raise the overall level of Japanese football, JFA has promoted programmes to popularise women’s football and to develop leaders of the next generation. The WE League is considered to be the cornerstone to facilitate sustainable growth of women’s football in Japan.

Vice Technical Director ONO Takeshi of the JFA Technical Committee and Chair IMAI Junko of the JFA Women's Committee appeared in the online conference. Vice Technical Director Ono described the launch of WE League as “a massive opportunity we must capitalise in order to increase the size of the Japanese football family.” Currently, majority of the clubs are led by male coaches at the Nadeshiko League, Japan’s top women’s football league. When looking at the Japanese society as a whole, the country is very much behind in terms of gender equality and the Japanese football community is no exception to this trend. The S grade coaching licence, the highest coaching licence in Japan, is obtained by only eight females (1.6% of total). Ahead of the kick-off of the WE League, Vice Technical Director Ono reflected on the current situation, “we must look in to see if there were any issues in the measures taken by JFA” and continued by pointing out that there must be more opportunities given to female coaches to gain experience, “compared to male coaches who are planning to participate in the S-Licence Coaching Courses, female coaches simply lack experience.”

The newly instituted A-Pro licence will be a licence categorised just beneath the S-licence, and not only will it provide eligibility to coach in the WE League, it can be upgraded to an S-licence through a conversion test. It is hoped that this licence will open new opportunities for female players to become professional coaches and stimulate not only the women’s football scene, but the overall football community in Japan. Chair Imai pointed out the need to create sufficient environment for female coaches to gain experience even after obtaining the licence, as she mentioned, “in order to further promote and develop women’s football in Japan, we must focus on developing more female coaches with both quality and experience, and we must also provide more opportunities for them to thrive.”

The A-Pro Licence Coaching Course will not only provide lecture courses, but also provide practical coaching sessions where instructors will be dispatched to the participants’ teams to take measures against real life obstacles surrounding the team. The course also provides curriculums to develop coaches that can thrive internationally, such as training courses held overseas and foreign language trainings.

ONO Takeshi, Vice Technical Director
This project was launched with the intention to reignite the popularity of women’s football in Japan ahead of the kick-off of the WE League. Football’s player population has currently hit the ceiling in Japan, but women’s football still has great potential for growth. With the growth of our football family, more families will talk about football and attend more football matches, and that is the future we are envisioning. By making football part of our culture, we strongly believe that we can heighten the overall level of football in Japan. 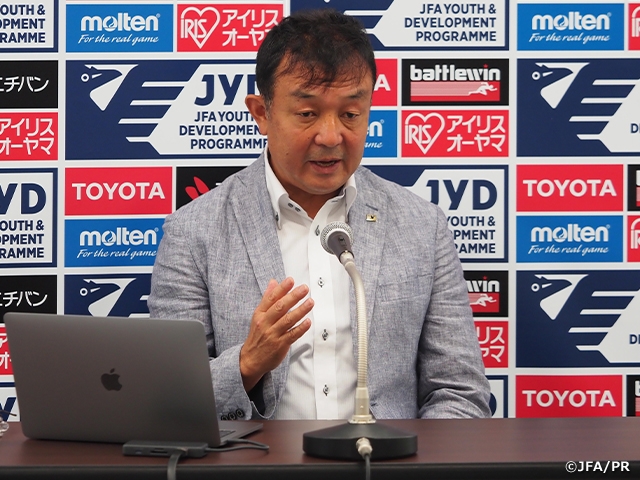 IMAI Junko, Chair of JFA Women's Committee
The “Nadeshiko Vision” is a principle that is set to heighten the overall level of women’s football in Japan. In 2015, part of the article was amended from “everyone involved in women’s football” to “everyone involved in Japanese football.” The development of women’s football cannot be accomplished without the support of the entire Japanese football community, and the development of women’s football will certainly contribute to raise the overall level of football in Japan. The participation of female coaches must be promoted at licensing programmes of all levels, and the support from technical committees and women’s committees from each prefectural FA is essential. We will provide our utmost efforts to achieve optimal and sustainable results (through the kick-off of the WE League and the A-Pro licence project). 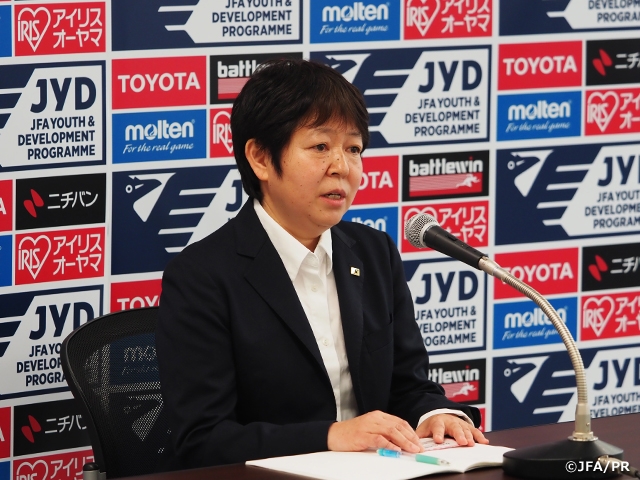