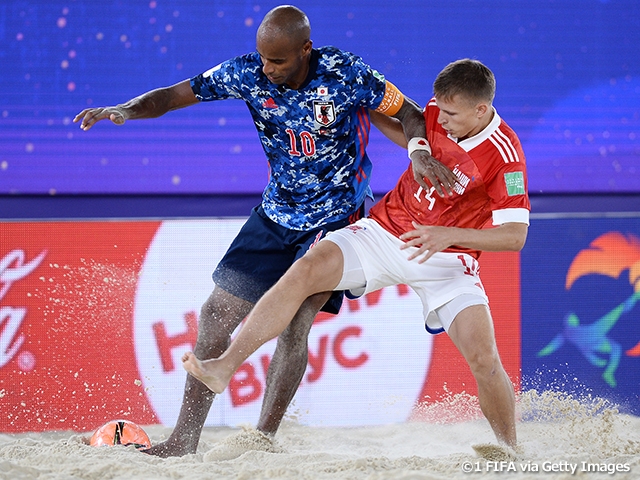 The Japan Beach Soccer National Team finished as the runners-up in the FIFA Beach Soccer World Cup Russia 2021™ (8/19 - 29). Here we will share the interview conducted with Player-Coach MOREIRA Ozu where he looked back on the tournament.

――The team was not able to play international matches before the tournament and you played your first training match after entering Russia.

MOREIRA We were concerned of the fact that we couldn’t play any international matches, but we were able to hold domestic training camps every month. The completion of Pitch Carioca at Prince Takamado Memorial JFA YUME Field help us tremendously, as we were able to hold our trainings there. After entering Russia, we played training matches against Senegal, Oman, and El Salvador, which allowed us to experience various play styles, and enter the tournament in a great form.

――MATSUDA Kosuke was side-lined due to injury just before the tournament. It must have had a huge impact on the team because of his contribution to the team’s defence.

MOREIRA Working with the doctor and trainer, he made his best effort to recover from the injury, but unfortunately, he couldn’t make it in time. In terms of strategy, I shifted more towards defence in order to cover his absence. OBA Takaaki can also play defence, but we didn’t want to lose too much fire power in offence, so we had him focus on offence. MIYAMA Ryunosuke was added to the team in place of Matsuda, and he showed wonderful performances in our match against Tahiti and Senegal.

――In the group stage, after defeating Paraguay and the USA in back to back matches, the team lost to Russia and advanced to the knockout stage in second place.

――In the quarterfinals against Tahiti, despite conceding the lead at the end of the third period, the team came back with the equaliser scored by Oba and the goals scored by OKUYAMA Masanori and AKAGUMA Takuya in overtime.

MOREIRA We also came from behind in our first group stage match against Paraguay, so the match against Tahiti cemented our confidence that we could compete at this level and win when it matters. 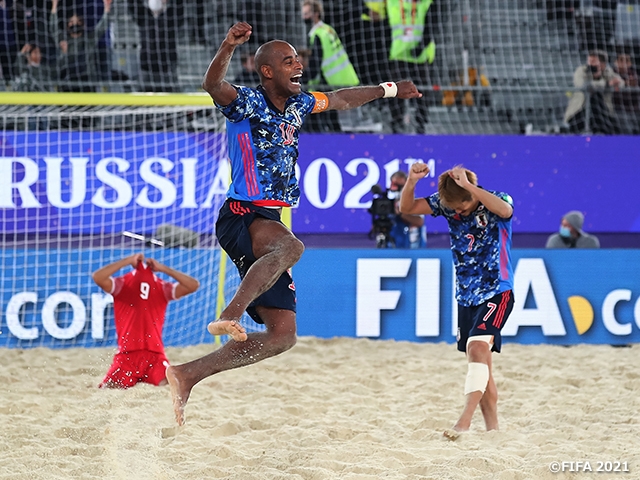 ――Senegal defeated Brazil in the quarterfinals to face Japan in the Semi-finals. Were you surprised with this result?

MOREIRA Senegal did well in the previous World Cup, and they showed great enthusiasm in the pre-tournament training match, so I wasn’t too surprised. We didn’t have a clear favourite, so this tournament was open to every team.

MOREIRA It was exciting. It had an atmosphere of an away match, but we were able to gain lots of energy from the local Japanese community who came out to cheer for us. Those types of matches give us great motivation, so we are grateful to be there and experience such match. I hope Japan can someday host the Beach Soccer World Cup and recreate such atmosphere.

――You played as a Player-coach for this tournament. How did you manage to give direction between each period?

MOREIRA I consulted with coach TABATA Teruki to set the starting line-up and substitution plans prior to the match, and once the match started, I entrusted coach Tabata to give order and directions. We also held meetings in between periods. Like in the match against Paraguay, we made the decision after the second period that we were going to play with two pivots and bring in KAWAI Yusuke during the third period. I always share my thoughts with coach Tabata, and he always provide insights on the opponents, so he has been great help.

――How would you grade your own performance on the pitch?

MOREIRA I be honest, I am disappointed. It was very difficult to play and coach at the same time. Although I was able to score only one goal in this tournament, it was great to see other players score goals. We also received so many messages from our fans, which gave us great energy. I will score more goals in the next World Cup, so please stay tuned. 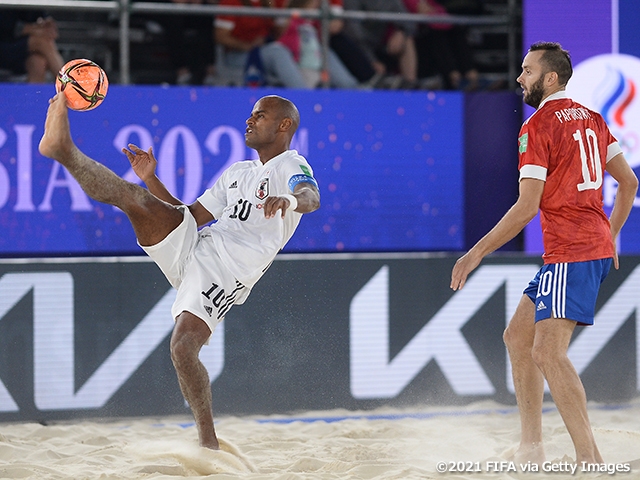