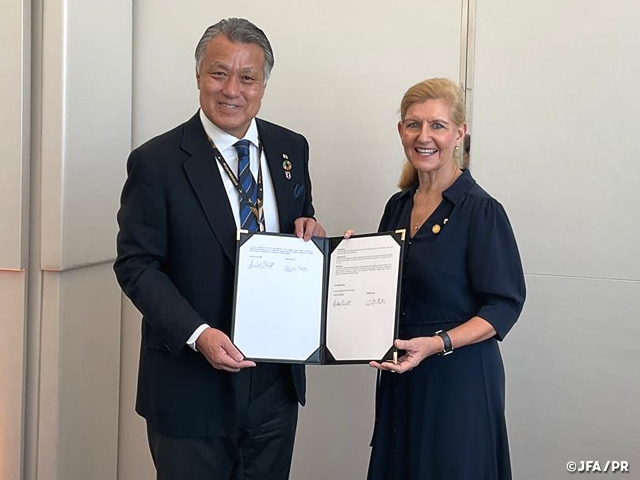 Japan Football Association (JFA) signed a renewed Memorandum of Understanding (MoU) with The Football Association (The FA) on 28 November 2022. JFA and The FA have cooperated at various levels since the MoU was first signed in February 2016 and hope to further expand their partnership going forward.

The signing ceremony took place in Doha, Qatar and went in an amicable manner. Both parties discussed how various exchanges can be conducted through the renewal of the partnership this time and expressed high expectations for future initiatives.

The MoU ceremony was conducted in the presence of: 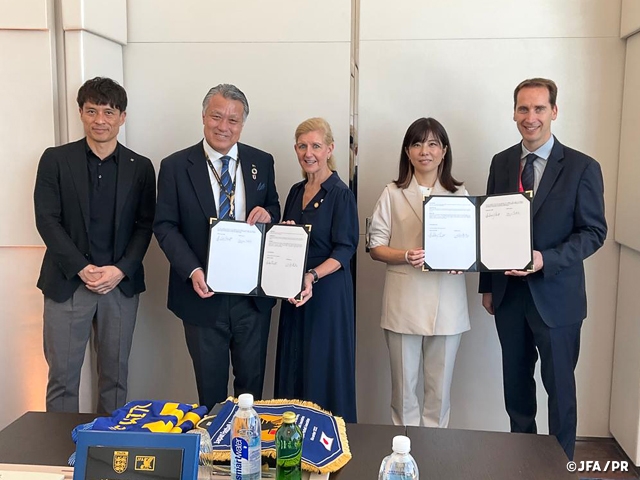 The MoU between The FA and JFA aims to facilitate cooperation in the following areas: 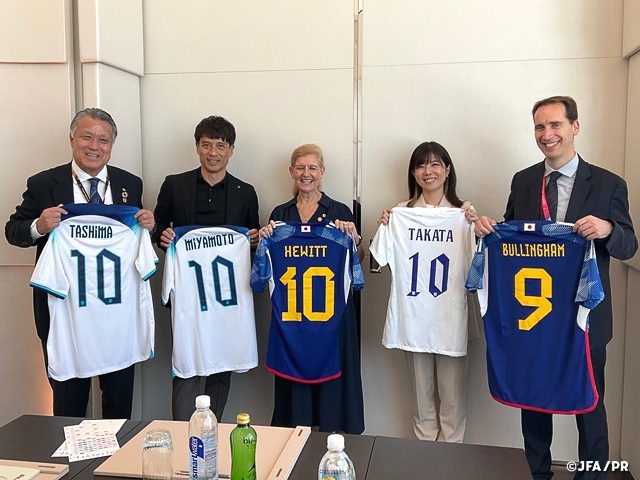 Until today JFA has signed a MoU with the following football associations, confederation and club: