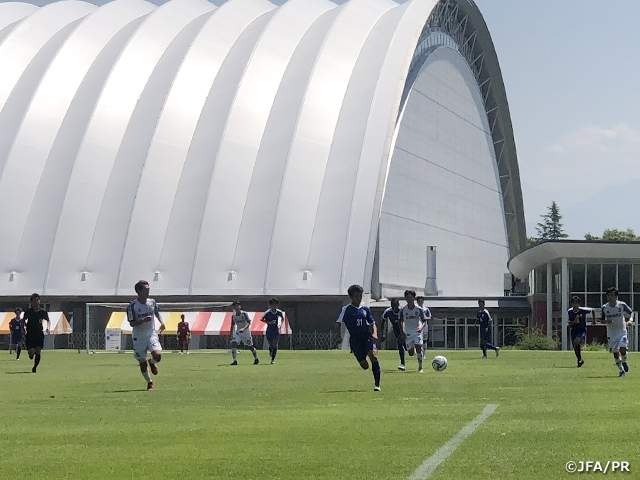 JFA Academy Fukushima, who entered the tournament for the first time, played against Incheon United U-17 (Korea Republic), Sydney FC U-18 (Australia), and U-17 Toyama Select Team.

Following their 7-1 victory over Incheon United, JFA Academy Fukushima drew 1-1 against Sydney FC, and won their final match 3-1 against U-17 Toyama Select Team. Despite tying Sydney FC in points, the Australian side took the tournament title with their advantage in goal difference, while JFA Academy Fukushima was awarded with the Fair-play award. 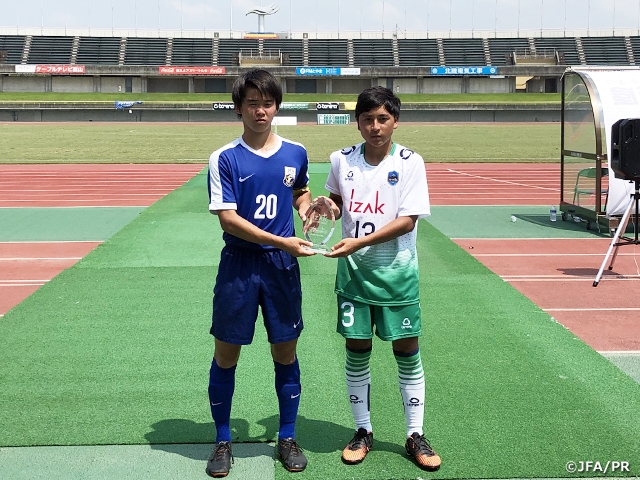 YOSHIDA Kenjiro (10th Class)
At this Toyama tour, our goal was to raise the overall level of our fundamentals, such as running, fighting, and teamwork. In three days, we played three matches and finished with a record of two wins and one draw. I feel like we were able to showcase our endurance and technique to compete against stronger and faster players from abroad. By taking appropriate measures against the heat, we were able to showcase a better performance than usual. We hope to utilise this experience to do better in our league matches.

KIKUCHI Kakeru (11th Class)
This was my first tour since reaching the youth category. Through this tournament, we were able to learn how to take measures against extreme heat. With the temperature exceeding 30 degrees, we had to think how to deal with this heat, and worked with the staffs to take appropriate measures, which allowed us to compete through the entire schedule. We were able to run, fight, and play with discipline, while challenging new things at each match. We hope to utilise this experience in the second half of the Prince Takamado Trophy JFA U-18 Football League 2019 Shizuoka B League. 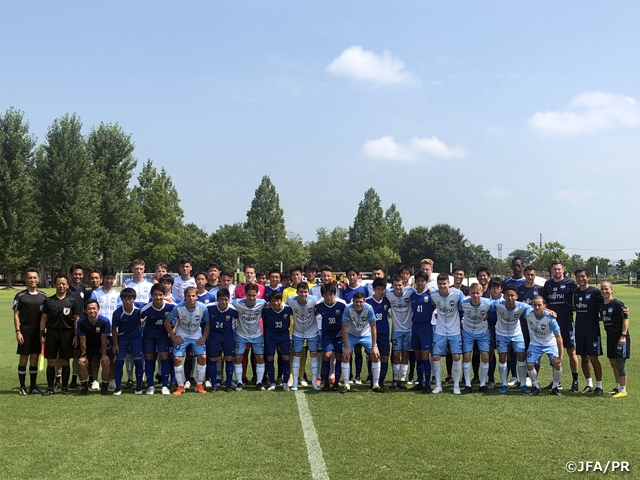