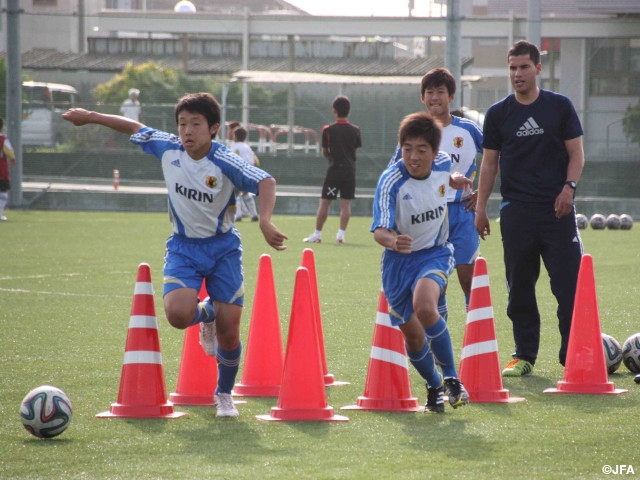 JFA Academy Kumamoto Uki held a training event led by JFA development coach Francesc Rubio Sedano, of Spain, as a part of the developmental projects to grow players in the global standard. In the event, which was held for the entire month of May, the participants greeted in Spanish on and off the pitch, exchanging their cultures, and wound up spending fulfilling days.

Francesc.Rubio.Sedano（JFA Academy short-term training course lecturer）
This is my third time in Kumamoto. I get welcomes by the players and staff at the Academy Kumamoto Uki every time and I feel great amount of pleasure by that. It's been going fine with inputting our concepts for developing intelligent players. We have established some basements through our trainings, including ''watch,'' ''supports'' and '' how to move the ball,'' and every time I get back here, I feel the improvements of the players. I think it owes a lot to the attitudes of the players and support by the staff. Finally, it's obviously a must to take efforts, but not everybody can get to the highest level. I expect the players to show their 100 percent on the pitch so they will grow both as human beings as well as as football players.

NAKAMURA Go（Fourth-term player, JFA Academy Kumamoto Uki）
I got to learn the order of offensive priorities through the training by coach Fran. I was only able to see nearby where the team get pressure and choosing side and back passes before. But after the training, I got to be able to see my teammates that are in the top position or in the front line after receiving the ball, and have more variety on my plays. By composedly watching around, I got to be able to instantly judge things like, who are open and which the better option is. I would like to do my best at the Academy and my club, taking advantage of what we learned here.

ISHIZAKA Riku（Sixth-term player, JFA Academy Kumamoto Uki）
I had fun with the training and was able to absorb a lot of things in the short period. One of the defensive things was to cut the passing lane from the opposing ball carrier to a free man in a gap, and to go hard to get the ball when the opponents make mistakes on their passes or controlling the ball. Offensively, I learned the order of the priorities on passing. The first priority is behind the centre, the second is behind the sides. So I got to learn the details that there are spaces behind the centre and sides when I aim behind the opponents, so it was great. 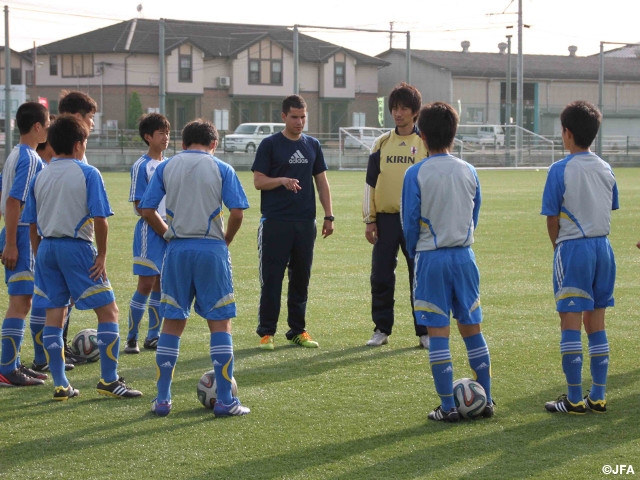