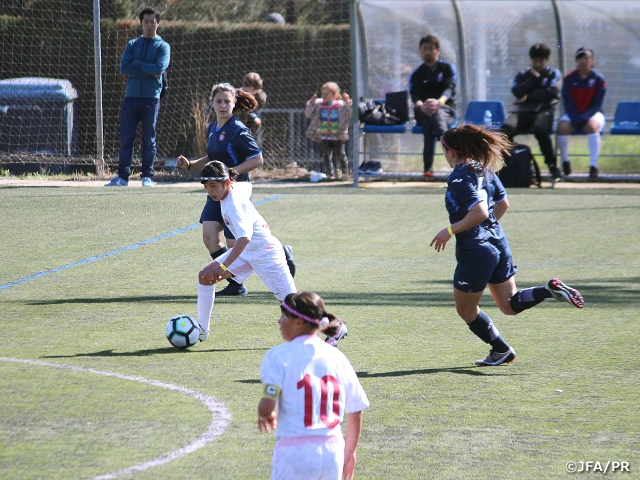 From Tuesday 27 March to Wednesday 4 April, the second class of JFA Academy Imabari conducted a tour to Barcelona, Spain. During this nine day tour, the team participated in the “MIC football 2018 Mediterranean International Cup.”

Off the pitch, the players spent their time touring the city of Barcelona, Sagrada Familia, and Camp Nou Stadium. Through the matches and off the pitch activities held in Spain, the players were able to experience the Spanish culture and customs, while also learning the level of women’s football at the world level. These experiences have allowed the players to realise the beauty of their own culture, and the areas they must improve to become a better player.

The tour was made possible with the support of so many people, and the players will make the most out of this precious experience and showcase their gratitude in the shape of their development as a player. 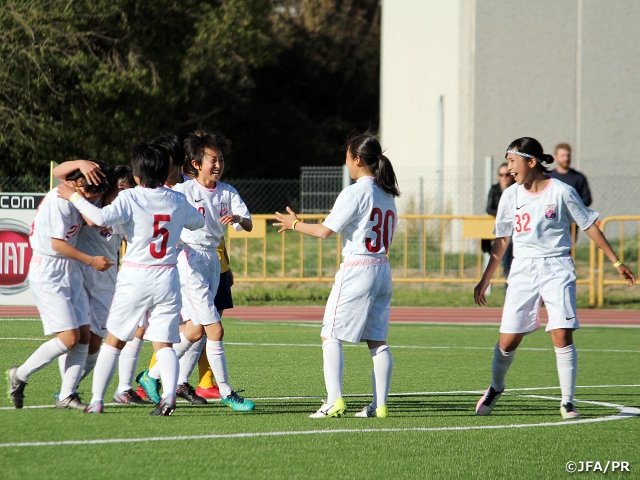 KAWASAKI Nao (2nd Class/FC Imabari Hiuchi Ladies)
There were so many new things I have learned from this tournament. The first thing is that I must be thankful to be given this opportunity to play in this tournament as the representative of Japan. This tour was made possible with the support of so many people. I must never take for granted of this opportunity. In terms of football, I was able to learn the differences between us and the foreign players. Our opponent showed great speed and power, and it made us realise that we still have lots of room for improvements. However, the biggest difference might be the mental aspect. Our opponents were able to capitalise on their few chances, while also playing with no fear. In contrast, I played like I was afraid of the ball and avoided to make contact with the opponents. It really made me want to play like them. Lastly, this tournament made me realise the importance to enjoy playing football and to cherish my teammates. Throughout the tournament, all 15 players stuck together to fight through, and I genuinely enjoyed the time we spent together on and off the pitch.

MARUO Hinako (2nd Class/F.C Cormao Ladies Azalea)
There are two things I have learned from this Spain tour. First thing was the fact that my techniques were effective against bigger and faster opponents. This is one of the strengths as a Japanese footballer, so I will continue to improve myself in that aspect. The second thing was the importance to become a “Nadeshiko.” Throughout this tour, I was able to make new friends by being cheerful, while also being respectful to my opponents during a match. However, I also found myself getting carried away by the foreign atmosphere and make a disturbance out in the public, so I must be more aware with my behaviour. I feel that all 15 of us were able to learn so much and have lots of fun at this tour.

SATO Chihiro (2nd Class/FC Bayern Tsuneishi Ladies)
At this tour, it was hard to make the adjustments to the seven hour time difference and prepare our conditions ahead of each match. I really wanted to showcase my best performance, so I focused on eating plenty of food during this tour. The food served in Spain was so different from what we were used to, so I had to be creative to eat all the food on my plate. As I got used to the meals served, I felt like I did a better job in our second match than the first one. During the match, I noticed that the foreign players were communicating much more than we were. They made sure that their voices were being heard, whenever they demand for the ball, or when they were appealing to the referees. On the other hand, we have the tendency to become quiet when things are not going our way. I think that that kind of attitude just make things worse. This tour has made me think that we should be more vocal and try to encourage each other especially when we are facing an obstacle. Once I return to the academy, I will utilise the experience I gained from this tour to help the team win the tournament at the J-GREEN Sakai festival. 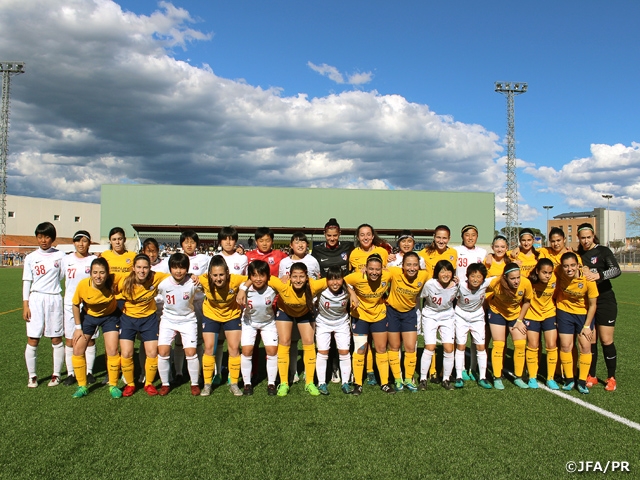