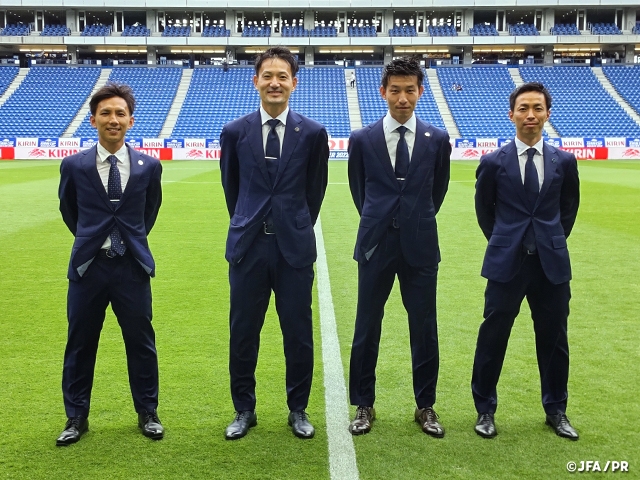 The referees in charge of the KIRIN CUP SOCCER 2022 matches to be held at Panasonic Stadium Suita (Osaka) on Tuesday 14 June shared their enthusiasm for the match. 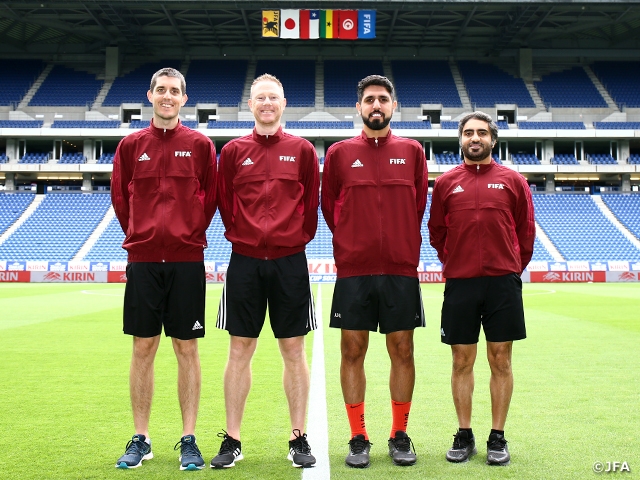 KASAHARA Hiroki (Japan)
We would like to thank all those who have contributed to organising this KIRIN CUP SOCCER. As a referee team, we will do our best to make this a great match for both teams.

Ahmed Eisa Mohamed DAWISH (UAE)
I am delighted to be back in Japan again. The referee team wishes the tournament every success and will provide our very best. We are hoping for a fantastic match between two great teams, Japan and Tunisia.