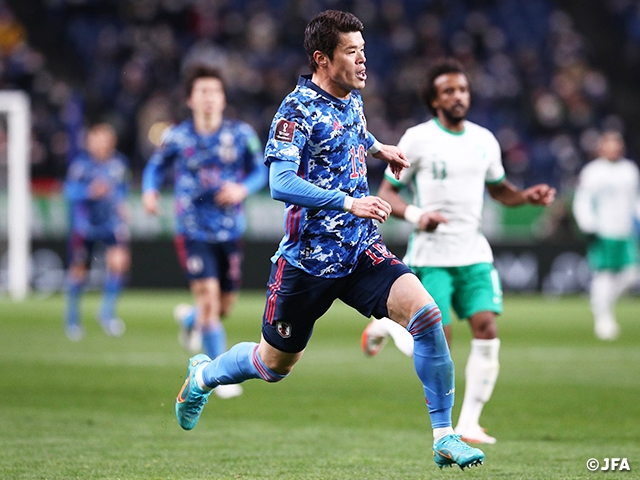 On Thursday 15 September, Head Coach MORIYASU Hajime of the SAMURAI BLUE (Japan National Team) announced the squad for the team’s upcoming Germany tour, where they will face the USA and Ecuador in Dusseldorf. A total of 30 players were named into the squad, including SAKAI Hiroki (Urawa Red Diamonds), who had returned from injury, along with up-and-coming young talents such as HATATE Reo (Celtic FC), SOMA Yuki (Nagoya Grampus), and MACHINO Shuto (Shonan Bellmare). 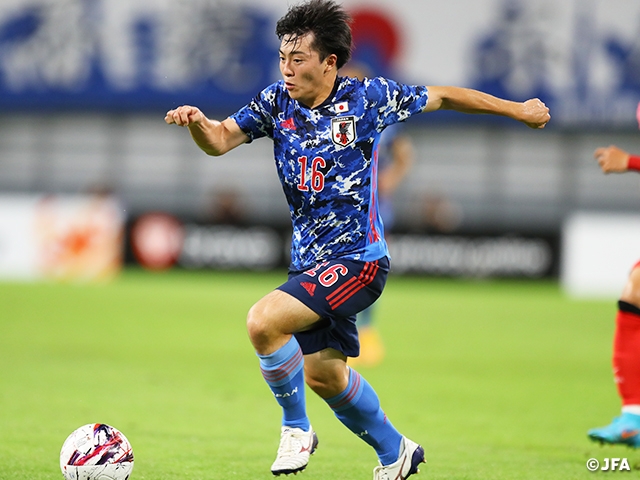 This Germany tour will be the final activity before the team finalises the roster for the FIFA World Cup Qatar 2022™, which will kick-off in November. With very limited time left before the tournament, coach Moriyasu indicated that he intends to use the tour not only to finalise the roster, but to implement the team concept and tactics so that they can “build on top of what we have already established.”

The squad includes KAMADA Daichi (Eintracht Frankfurt) and KUBO Takefusa (Real Sociedad), who have been playing well in the UEFA Champions League and other competitions since the start of the new European season, and other familiar faces, such as DOAN Ritsu (SC Freiburg) and ITO Junya (Stade de Reims), who have shown great form at their clubs. 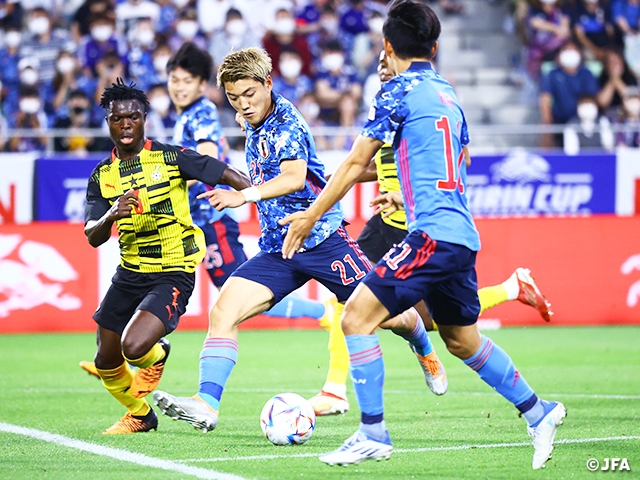 Hatate, who is currently playing for Celtic FC, was called up for the first time since the AFC Asian Qualifiers (Road to Qatar) in March, along with his team-mates FURUHASHI Kyogo and MAEDA Daizen. MORITA Hidemasa (Sporting CP), who had to be withdrawn during the national team activity in June, is also back after playing well at his new club.

Sakai, who had been side-lined due to injury, was selected for the first time since the AFC Asian Qualifiers against Saudi Arabia in February. He made his presence felt in the AFC Champions League matches in August, helping Urawa reach the final, and also played an active role in the league match on 14 August.

SEKO Ayumu (Grasshopper Club Zurich) withdrew from the national team training camp in January due to health concerns and is aiming to make his SAMURAI BLUE debut in this tour.

Among players in the J.League, Soma, who was named MVP in the EAFF E-1 Football Championship 2022, and Machino, who was the top scorer in the same tournament, were selected. 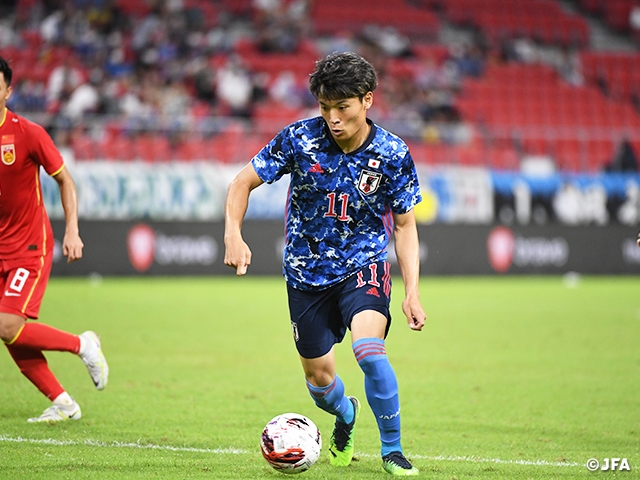 When asked about his selection of Soma and Machino, coach Moriyasu commented that he has “monitored their performances after the E-1 Championship,” and touched on Seko that “he has gotten stronger and shown his ability to build attacks and win the physical battles.” The coach also mentioned about Hatate’s recent performance in the Champions League, “He has really made his presence felt to earn a spot in the national team.”

Teams will be allowed to register up to 26 players for the World Cup. Regarding his decision to bring 30 players for this tour, coach Moriyasu explained, “The more players we work with, the more we can share as a team and the more depth we will have going into the World Cup.” The coach concluded the conference by sharing his aspirations, “In order to prepare ourselves for the FIFA World Cup Qatar 2022™ in the best way possible, we must fight each match with our eyes set on the future.”

The team will start its trainings in Germany on Monday 19 September.

MORIYASU Hajime, Head Coach of SAMURAI BLUE (Japan National Team)
In order to build on top of what we have already established and to prepare ourselves for the FIFA World Cup Qatar 2022™ in the best way possible, we must fight each match with our eyes set on the future. We have elected to call-up 30 players, which is more than we can register for the World Cup. I believe that the more players we work with, the more we can share as a team and the more depth we will have going into the World Cup. The final team selection for the World Cup will be based around this tour, but we are still researching potential players and will keep our doors open until the end. There will be players who will not be able to play, but I believe that all players will give their best for the team.

I am told that ITAKURA Ko (Borussia Monchengladbach), OSAKO Yuya (Vissel Kobe), and ASANO Takuma (VfL Bochum) are all on track to make their return from injury before the World Cup. I hope they will take their time to heal and make a case for themselves at their respective clubs. We are expecting a lot of Japanese fans to come to support us, not only from Dusseldorf but also from all over Europe. We hope to showcase a strong performance and deliver a victory to all of our fans. 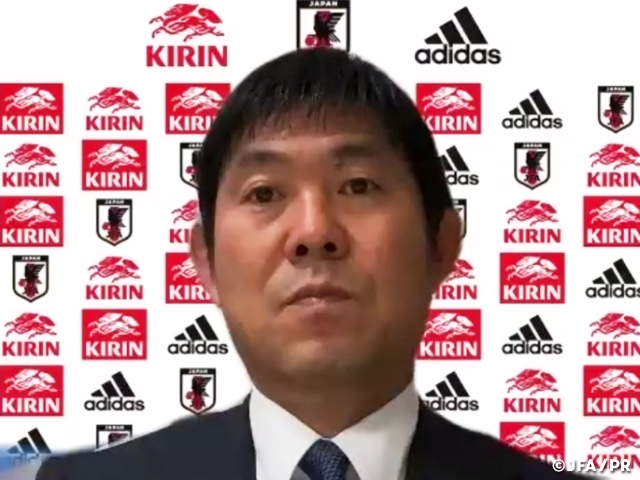 SORIMACHI Yasuharu, JFA Technical Director
With the World Cup just around the corner, this will be a very important activity for the team, and we are very grateful to be given the opportunity to hold the KIRIN CHALLENGE CUP in Europe. These matches against the USA and Ecuador, who are both set to play in the World Cup, should give the team an opportunity to identify their strengths and weaknesses, as well as to give the players one last chance to make a case for themselves. We will be assigning the same staff members who will be attending the World Cup, so that they can also prepare ahead of the main event. This will be a rare opportunity for our fans in Europe to watch our match in person, so we hope to prepare the team in the best way possible to deliver a wonderful match. 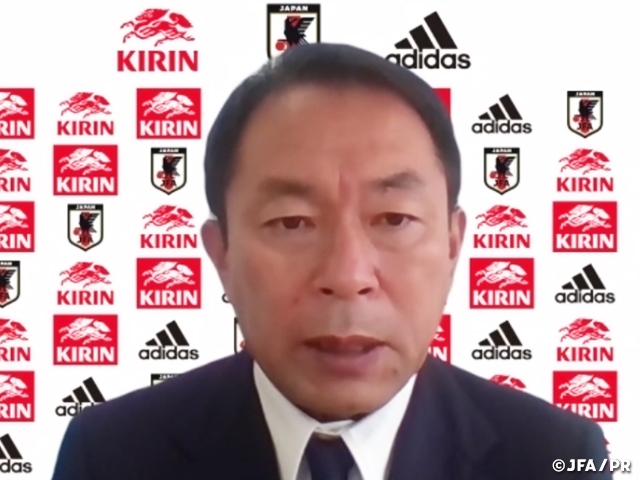