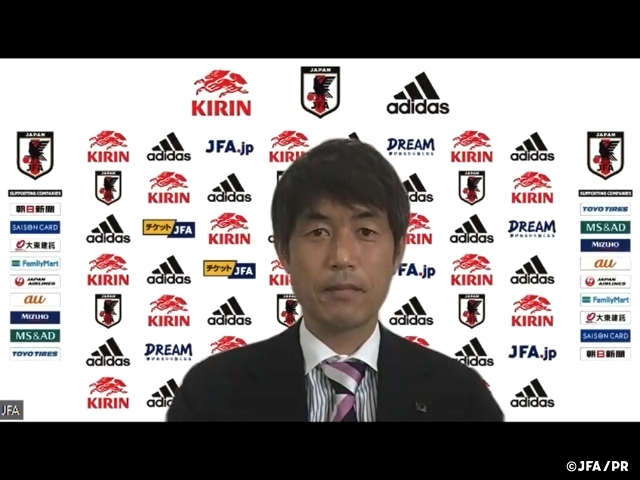 On Friday 3 June, Japan Football Association (JFA) announced the 23 players who will play for the Nadeshiko Japan (Japan Women's National Team) in the international friendly matches in Europe, with Chairman SASAKI Norio of the JFA Women's Committee and Head Coach IKEDA Futoshi of Nadeshiko Japan taking part in an online press conference.

Four players, including YAMASHITA Ayaka and TANAKA Mina, were selected from INAC Kobe Leonessa, the inaugural champions of the WE League, which ended on Sunday 22 May. In addition, many other players from the top teams of the WE League were selected for Nadeshiko Japan's first team activity since the training camp held at J-Village in April.

Veteran players such as SUGASAWA Yuika (Mitsubishi Heavy Industries Urawa Reds Ladies), who scored 14 goals in the WE League to become the league's first Golden Boot winner, were selected, while NARUMIYA Yui (INAC Kobe Leonessa), NAGANO Fuka (Mynavi Sendai Ladies), and UEKI Riko (Nippon TV Tokyo Verdy Beleza), all of whom have distinguished themselves under the Ikeda regime, were also included to the roster. CHIBA Remina, who provided goals for JEF United Ichihara Chiba Ladies in the latter stages of the WE League, will be looking to make her first cap with the national team. 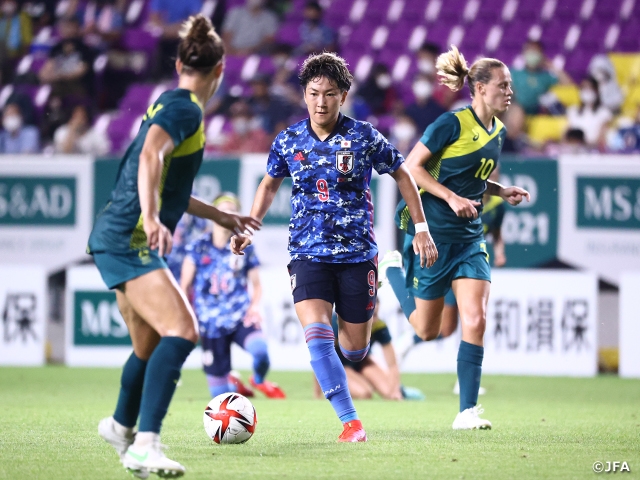 Six players playing abroad were also selected, including Saki Kumagai (FC Bayern Munich) and Yui Hasegawa (West Ham United), along with SUGITA Hina (Portland Thorns FC) and ENDO Jun (Angel City FC), who moved to the National Women's Soccer League (NWSL) in the USA during the WE League break, have also returned to the Nadeshiko Japan. 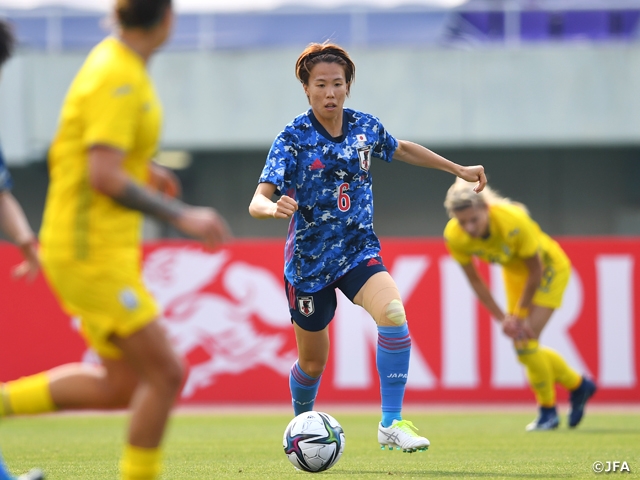 Regarding the Serbia Women's National Team, who they will be facing during the tour, coach Ikeda commented: "With plenty of young players, they are a team with a lot of momentum. They consist of fast attackers and are capable of playing dynamic football." Serbia are ranked 38th in the FIFA rankings released on 25 March and will play the Nadeshiko Japan (ranked 13th in the FIFA rankings) for the first time.

The Finland Women's National Team, who they will play three days after the Serbia match, are ranked 28th in the world. With the UEFA Women's Championship coming up in July, Ikeda welcomed the opportunity for a serious match, saying that "it would give us valuable experience playing against an opponent who has nearly completed their team building process."

On the same day, the U-20 Japan Women's National Team, who are currently preparing for the FIFA U-20 Women's World Cup Costa Rica 2022™, scheduled to kick off in two months, also announced their shortlisted squad. Ikeda, who is also the head coach of the U-20 side, expressed his desire to "build the team up towards the U-20 Women's World Cup with a longer camp this time, with the aim of developing the team through a series of training camps (every month from May).”

SASAKI Norio, Chairman of JFA Women's Committee
Last night's SAMURAI BLUE (Japan National Team) match against Paraguay was a very good preparation match for the FIFA World Cup Qatar 2022™. The Nadeshiko Japan will also be making its first trip to Europe after qualifying for the FIFA Women's World Cup Australia & New Zealand 2023™. With the men's World Cup coming up this year and the women's World Cup next year, I believe it is the mission of JFA to send courage to the Japanese people through these big tournaments. 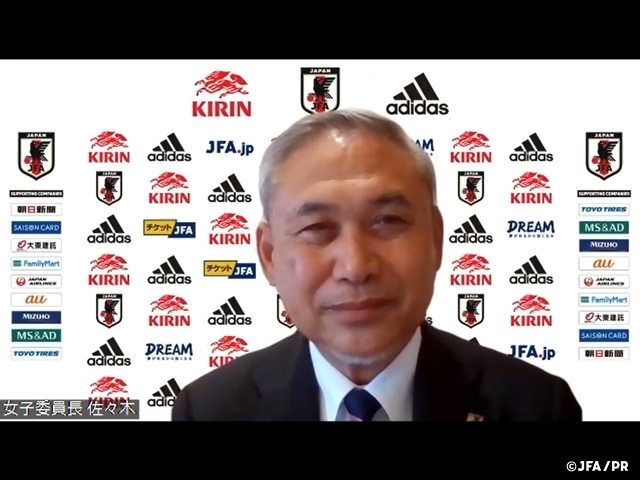 IKEDA Futoshi, Head Coach of Nadeshiko Japan & U-20 Japan Women’s National Team
We would like to extend our sincere gratitude to everyone involved for their cooperation in making this European tour possible. And a big thank you to the Football Association of Serbia and the Finnish Football Association as well. We qualified for the Women's World Cup at the AFC Women's Asian Cup India 2022™ in January/February, held a training camp in April, and now set to travel to Europe. The EAFF E-1 Football Championship 2022 will be held after this trip, so we hope to make the most of this valuable opportunity to build up the team for the Women's World Cup.