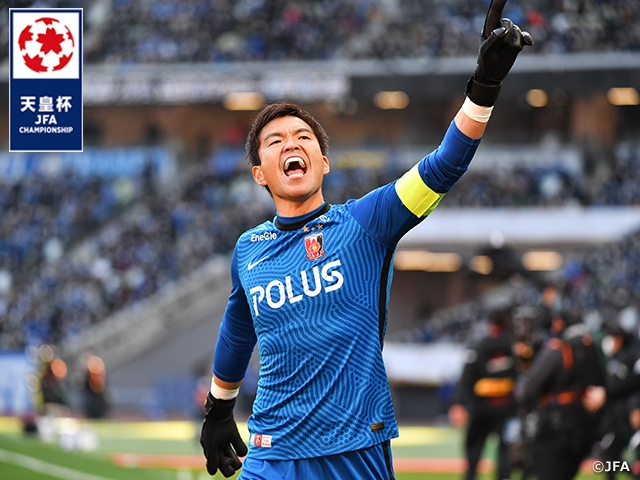 The Emperor's Cup JFA 102nd Japan Football Championship kicks off on Saturday 21 May. Here we interviewed NISHIKAWA Shusaku, goalkeeper of the defending champions Urawa Red Diamonds, about his thoughts on the last tournament and his hopes for this year's Emperor's Cup.

○This interview was conducted online on 6 May 2022

――The 102nd Emperor's Cup is about to begin. Last year, you protected the goal of Urawa Red Diamonds from the second round to the final and helped the club win the title. What are the key factors to making a deep run in the Emperor's Cup?

NISHIKAWA In a knock-out competition, categories are irrelevant. No matter who your opponent is, there is no easy way to win. We have to bear in mind that, “that is just the way it is in the Emperor's Cup.” Urawa, too, have had a painful experience in the past, having lost 1-2 to J2 side Thespakusatsu Gunma in the third round in 2014. The opponents come at you with the motivation to pull off a “Giant Killing,” which inevitably makes for a difficult match. J1 clubs in particular are under a lot of pressure, as they are expected to win against teams from lower categories. The Emperor's Cup has its own unique atmosphere.

――Did you feel pressure from the first game in the last tournament as well?

NISHIKAWA Tensions were high. The second-round match at Urawa Komaba Stadium was against J3 side Kataller Toyama. Despite creating several chances in the first half, we were repeatedly denied by the opposing goalkeeper NISHIBE-san, a former Urawa Red Diamonds player, who made a number of great saves. We were once again reminded of the difficulty of the first game of a tournament. 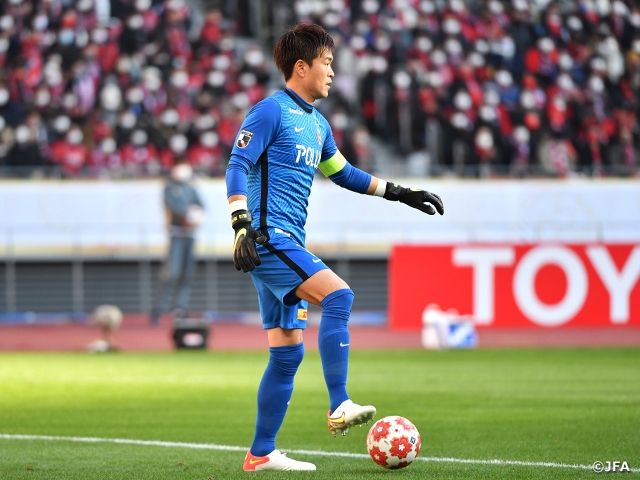 ――Urawa went through to the semi-finals without conceding a goal. Were there any turning points before reaching the final?

NISHIKAWA The away match against Gamba Osaka in the quarterfinals. It gave us great momentum to win with a clean sheet, despite conceding chances to our opponent. Having cleared the barrier of the top eight, we were fully motivated to win the title, and hearing the words of Mr ABE Yuki, our captain at the time, after we had reached the semi-finals, ignited the fire even more.

――What kind of words were they?

NISHIKAWA “I will retire at the end of 2021.” Before he made a formal announcement, he gathered six of the oldest members of the club and told us in person. His words really made us want to help Abe-san finish his career on a high note. Later, coach Ricardo RODRIGUEZ also spoke in front of the team to share his desire to help Abe-san raise the Emperor's Cup, which got everyone fired up even more.

――Your opponent in the final was your former club, where you had played since your academy days.

NISHIKAWA Once the fixtures were set for the semi-finals, I was really rooting for Oita Trinita to beat Kawasaki Frontale and make it to the final. Because they were already set to be relegated to J2, they had nothing to lose. I know because I have experienced being relegated as a member of Oita in the past. And I also know that the situation makes them stronger. That's why they were able to win against the J1 champions, Kawasaki F. to reach the final. For Urawa, I thought they were a difficult opponent to play against, but personally, it was like a dream come true to play Oita at the new National Stadium with the championship on the line.

――The final ended in a dramatic fashion.

NISHIKAWA MAKINO Tomoaki (now Vissel Kobe), who was set to leave the club after the season, scored the game winner in additional time. When we won the final, I was relieved. We managed to achieve our goal of qualifying for the AFC Champions League and had Abe-san hold up the cup. It was a great way to send off the departing players and staff. It felt like the perfect finale in a typical Urawa fashion.

――This year, Urawa will be looking to win back-to-back titles for the first time since 2005 and 2006. Please share with us your aspirations for the tournament.

NISHIKAWA We will start our campaign at Komaba once again and we cannot afford to lose at the “sacred ground” of the Reds. As captain and goalkeeper, I'm going to play with a sense of urgency from the second round. If we let up even for a moment, we will get exploited by our opponents. I think the whole team understands this, but I will say it anyways. We must run and fight hard to win the ball. This is a tournament that leads to the Asian competitions, so we will be aiming to defend our title. 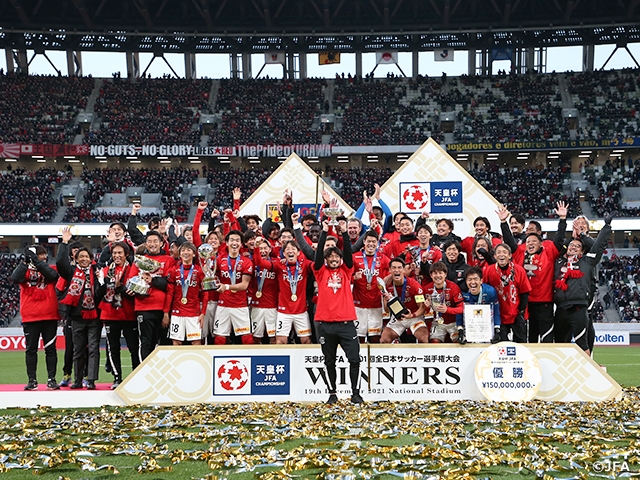 ※The full interview is featured in the tournament programme available for purchase at the match venues.