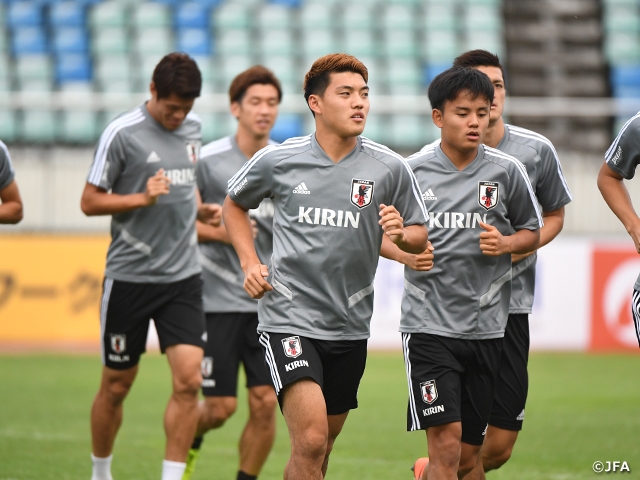 Ahead of their match against the Myanmar National Team at the preliminary joint qualification for the FIFA World Cup Qatar 2022 and AFC Asian Cup China PR 2023, the SAMURAI BLUE (Japan National Team) held a training session in Yangon on Sunday 8 September.

On this day, the training session was held at the match venue, Thuwunna Stadium, where the session started off under a typical tropical weather with high temperature and humidity with the sun peeking out from the clouds. The players were seen going through their warmup routines before conducting fitness drills, followed by drills to tone up their feel for the ball. The players were also seen checking the pitch conditions as they went through the drills. At this point, the session went behind closed doors, as the players prepare for the match on Tuesday. 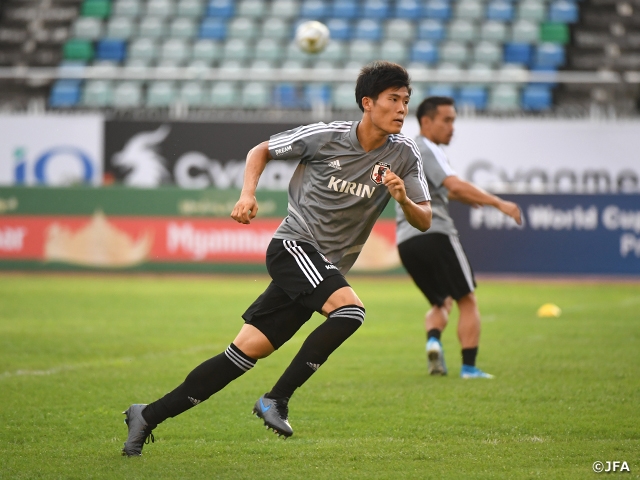 The Japan Football Association (JFA) has an official YouTube channel called JFA.TV, where video footages of various tournaments hosted by the JFA and national team activities of each age category are covered. Within the channel, the Team Cam features behind the scene footage of the SAMURAI BLUE.

In yesterday’s team report, we reported that the team was welcomed by torrential rain during their first training session in Yangon. The actual scenes of the training session can be seen at the Team Cam, so please check out the video footages.

DF #16 TOMIYASU Takehiro (Bologna FC 1909)
Compared to Japan, there is a huge difference in the pitch condition, but we must adjust to it. It is expected to see these kinds of differences throughout the Asian qualifiers, so we need to prepare ourselves accordingly each time. We must take extra care when playing under the rain, especially when the ball is taking a bounce. Coach Moriyasu has been telling us that we must give our best efforts regardless of who we face. I strongly agree with his words, and I will play with a strong intention to win the match regardless of who we face. We will be representing our country at the World Cup qualifiers, so we must play to win, but at the same time, we will try to stay relaxed and be ourselves when we take the field.

MF #21 DOAN Ritsu (PSV Eindhoven)
As much as we need to prepare ourselves for the unexpected, we also must challenge ourselves to execute our game plan. If the match doesn’t go as we planned, we will have to make the necessary adjustments on the field. We will be facing lots of pressure at this World Cup qualifiers, but we will try not to get worked up too much and focus on executing our jobs. There will be scenes where I need to get scrappy to score goals. I feel honoured to be playing at this stage, but I must not get too satisfied by just playing. I will give my utmost efforts to earn results and help the team reach a higher level.

FW #15 OSAKO Yuya (Werder Bremen)
The pitch condition at the stadium was not as bad as I thought. We will be playing under a tough environment, but we hope to get ourselves organised to prepare for the match. We will try to enter the match strong and showcase great intensity from the early minutes of the match. I am always focused on leading the team, so I hope to showcase a performance that can lead the team to victory. 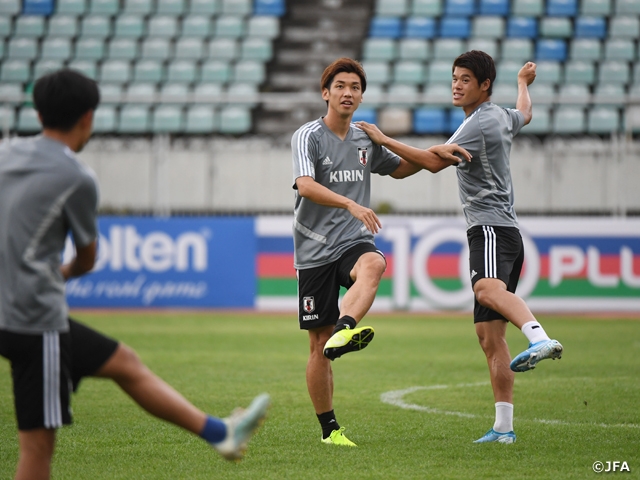