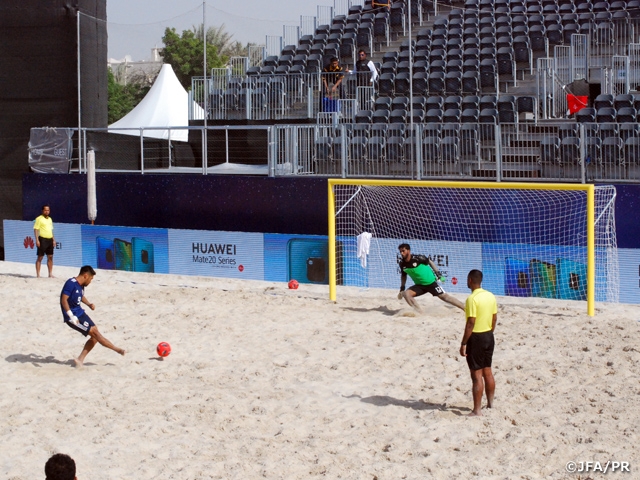 With the match kicking off at 1pm, the temperature rose, and the sun light scorched the players. It was Japan who showed more aggression in offence to start off the match, as AKAGUMA Takuya and OBA Takaaki repeatedly threatened the Oman goal with their bicycle shots. In the third minute, MOREIRA Ozu struck a powerful shot from a freekick, but his attempt was saved by the opposing goalkeeper. Despite their efforts, it was the Oman side who captured the opening goal in the seventh minute. Japan managed to level the score in the 12th minute when GOTO Takasuke converted the corner kick delivered by IINO Tomoyuki, but once again conceded the lead soon after to finish the first period with a score of 1-2.

The second period saw both sides striking shots from long distance to take the control of the match. In the 25th minute, Moreira captured the goal with a powerful shot from distance to level the match once again. Japan had a chance to take the lead towards the end of the period when Akaguma struck a header from a corner kick delivered by Iino, but the opposing goalkeeper made a superb save to deny their efforts. 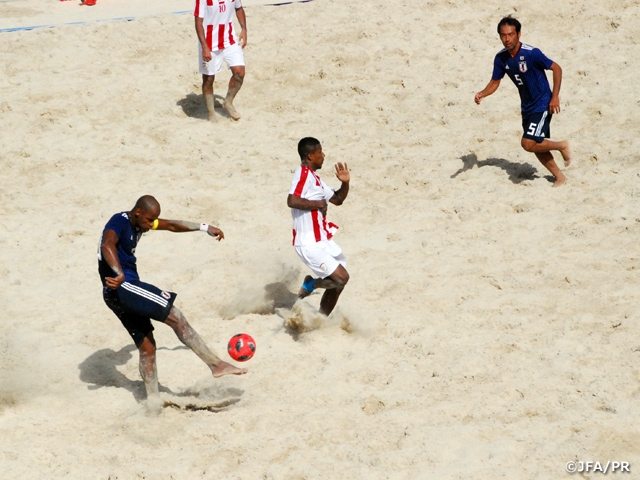 Oman took the lead for the third time when they converted a penalty kick in the 40th minute. However, Japan scored the equaliser in the subsequent play to make the score 3-3 and send the match into extra time.

Following the three-minute extra time which went scoreless, the match went into penalty shootouts. With the Japanese spot-takers converting all four attempts, TERUKINA Shingo stopped the fourth kicker from the Oman side to hand Japan the victory.

OKUYAMA Masanori (Loewe Yokohama)
With this being our final match in UAE, we really wanted to win this match. We were definitely fatigued from the tight schedule which may have led us to making many mistakes, but after everything was set and done, I’m just glad we managed to win the match. I personally felt the need to heighten my skills so that I can convert those chances I’ve missed during this tour, but overall as a team, I feel like we have improved on our combinations and ability to score goals, so this was a productive tour for us.

AKAGUMA Takuya (Dorsole Kitakyushu)
This match against Oman was our final match of this year. We entered the match with the intention to showcase everything we’ve learnt during this tour, but despite winning the match in PKs, we still made many mistakes and conceded goals from our own errors. I personally felt the need to nurture a stronger persistency and tenaciousness to fight through those tough stretches. As much as I need to improve myself in the technical aspect, I strongly felt the need to improve in the mental aspect ahead of the Asian qualifiers. Finally, I would like to thank everyone for allowing us to conduct this tour in Dubai. Japan is in winter time, so I hope to make the most out of this tour by spending the remaining time wisely here in Dubai. 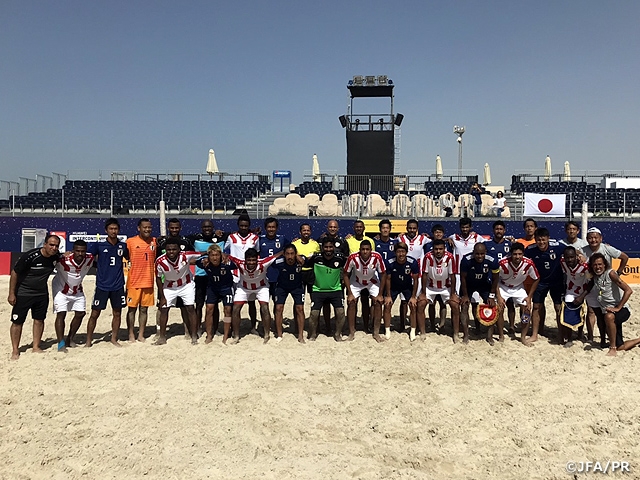