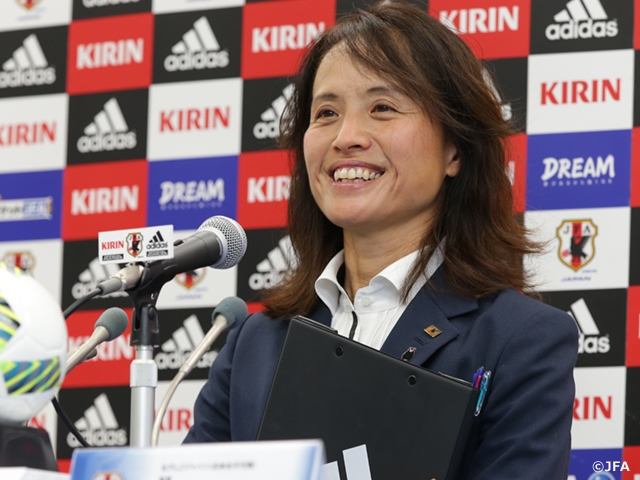 *The players with an asterisk indicate players for first international cap.
Note: UTSUGI Rumi will join the squad on 18 July.

While world's powerhouses are preparing for the Rio Olympics, Japan will also get ready to gun for the next title in our own way. I'm happy that we can play against one of the European big teams, Sweden. We added some new faces, but Nadeshiko Japan have not changed our qualification for players – skill, cleverness, hard-running, fighting attitude committing to the team and great enthusiasm for the national team.

I want my players to be aware that the new challenge's already started and be proud of and responsible for the fact they were selected. And I want them to be strongly aware they are being tested. I expect my players to bring out their best on the pitch and display the attitude to battle for the future as a Nadeshiko Japan player off the pitch as well.