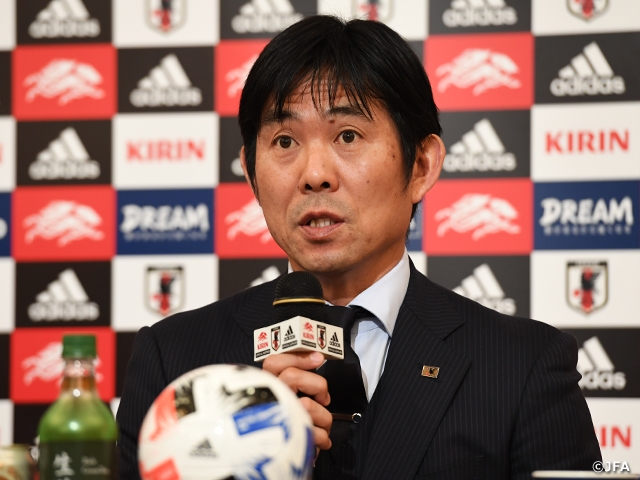 On Sunday 29 December, coach MORIYASU Hajime of the U-23 Japan National Team announced the team roster for the AFC U-23 Championship Thailand 2020. Ahead of the AFC tournament scheduled to kick-off on Wednesday 8 January at Thailand, coach Moriyasu stated, “In order to utilise this championship to simulate the Tokyo Olympics, we will prepare ourselves in the best way possible.” After the team finished at the quarterfinals two years ago, the coach shared his aspiration, “We will enter this tournament with the commitment to make a deep run and win the title.”

This year’s AFC U-23 Championship will serve as the Asian qualification round for the Tokyo Olympic Games, where the top three finishers of this tournament (excluding the host nation Japan) will earn their spots into the Olympics.

The 23-player roster included many of the players who featured the EAFF E-1 Championship 2019 and the two KIRIN CHALLENGE CUP 2019 matches, such as UEDA Ayase (Kashima Antlers), SUGIOKA Daiki (Shonan Bellmare), and OSAKO Keisuke (Sanfrecce Hiroshima). Besides the players who featured the above mentioned tournaments, MESHINO Ryotaro (Heart of Midlothian FC), SAITO Mitsuki (Shonan Bellmare), and MACHIDA Koki (Kashima Antlers) were selected into the squad.

With the tournament being held in Thailand, JFA Technical Director SEKIZUKA Takashi mentioned, “In order to reach the final, the team must fight through six matches under extreme heat. This should provide the team with a great opportunity to simulate the Olympic Games.” 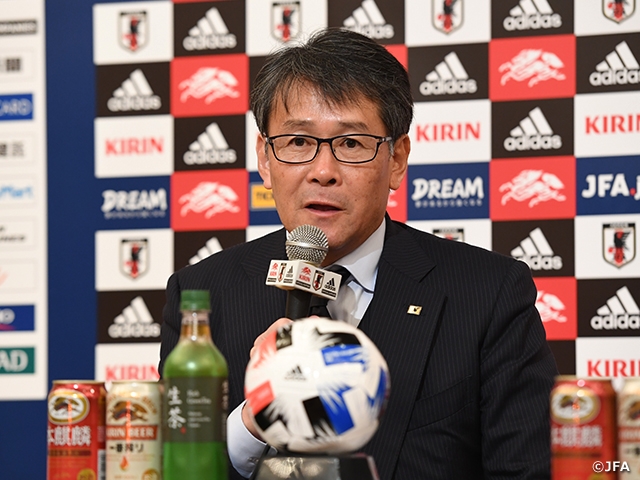 At the press conference, coach Moriyasu shared his expectation towards his players, “Through our previous activities, these players have shown great potential. I hope they utilise this opportunity to gain more experience and heighten their understandings of the team strategies in both offence and defence.”

When asked about the absence of NAKAYAMA Yuta (PEC Zwolle), who has been serving as the team captain role in the recent matches, coach Moriyasu mentioned, “I need each player to step up and take on the responsibility. I will not be naming the captain ahead of time, so I will see who is going to step up through our training sessions.”

The team will enter Thailand on Thursday 2 January and train ahead of their first match against the U-23 Saudi Arabia National Team on Thursday 9 January. 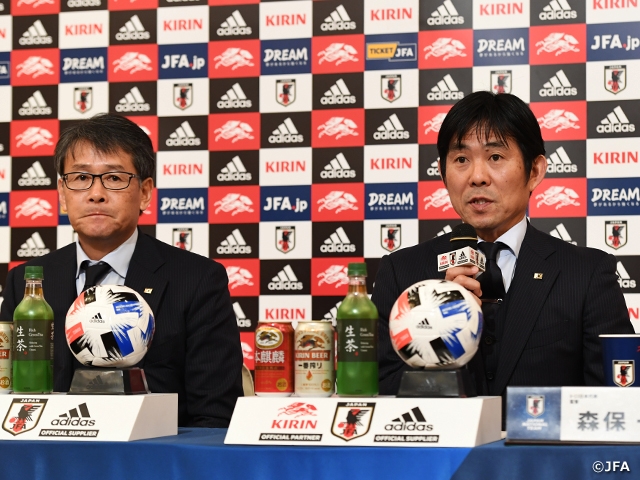 Comment of MORIYASU Hajime, Coach of U-23 Japan National Team

If we can make a deep run at this tournament, we can spend more time together as a team, so we will enter the training camp with the intention to win each and every match. We will be facing strong teams from the group stage. Even if we cannot execute our game plan, we will prepare ourselves to showcase a strong performance both mentally and physically. The climate in Thailand will give us a great opportunity to simulate the Tokyo Olympic Games, so we will give our best efforts to compete through the tight schedule and strive to reach a higher level as a team.