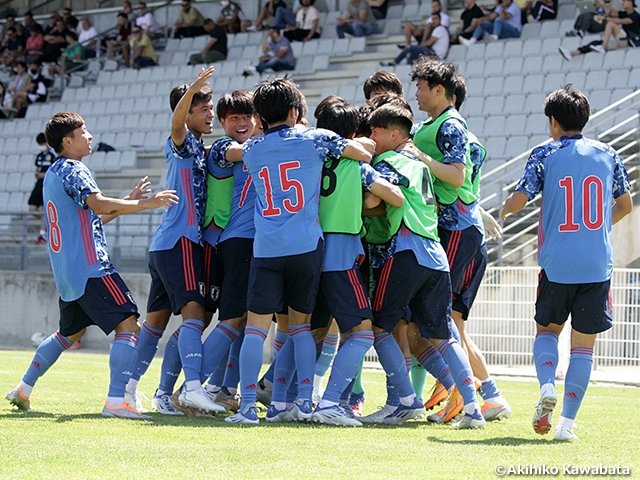 The first group stage fixture of the 48th Maurice Revello Tournament (formerly Toulon Tournament) took place on Tuesday 31 May, as the U-19 Japan National Team faced the U-21 Algeria National Team.

The U-19 Japan National Team's Head Coach TOGASHI Koichi tested positive for Covid-19 after arriving in France, so Assistant Coach FUNAKOSHI Yuzo took over as acting coach for this match.

The match started with Algeria taking the initiative through their dynamic attacks. Despite conceding consecutive shots in the 10th, 11th, and 16th minutes to the North African side, goalkeeper KIMURA Ryoya (#23) delivered superb saves to keep the game scoreless. Japan also created a close opportunity in the 20th minute, when YOKOYAMA Ayumu (#10) responded to a through-ball inside the box, but his shot was denied by the opposing goalkeeper.

While Algeria continued to dominate the ball possession, Yokoyama made another effort during additional time of the first half, but his attempt was once again saved by the goalkeeper, as the match entered halftime scoreless.

In the second half, Japan introduced YASHIKI Yusei (#18) and NITTA Rio (#11) in the 56th minute, and the decisive moment arrived just a minute later. Coming off the bench with fresh legs, Nitta fought for a fifty-fifty ball in the 57th minute, which induced a mistake by the opposing defender, allowing KITANO Sota (#9) to convert the loose ball with this left foot.

In efforts to level the match, Algeria utilised their substitutions to threaten the Japanese goal, including a close opportunity created in the 89th minute, but Kimura made a tremendous effort to block a close-range shot to keep the clean sheet intact. The Japanese players showcased great tenacity to keep their lead, putting their bodies on the line to block shots and defending the goal with all hands.

After blocking Algeria’s final attempt made during additional time of the second half, Japan won their first match of the tournament with a 1-0 shutout victory, despite being dominated 4-20 in shots taken.

Japan will now face the U-21 Comoros National Team on Friday 3 June.

GK #23 KIMURA Ryoya (Nihon University)
We were overwhelmed by the speed, intensity, and athleticism of the Algerian players, but we were able to play with great persistency as a team to earn this shutout victory. We weren’t able to take many shots, so we hope to improve our offence and create more opportunities, so that we can score multiple goals in our future matches. The tournament has just begun, so we will continue to prepare ourselves in the best way possible.

FW #11 NITTA Rio (FC Wacker Innsbruck/Austria)
Looking back on this match, I am glad that we were able to earn this win with a total team effort. Entering the match as a substitute, I was determined to make runs and score for the team. But once getting on the pitch and seeing how intense the Algerian players were playing, I realised it wouldn’t be easy to score against them. Personally, I feel like I spoiled number of opportunities I could have capitalised on, so that is something I need to improve. Our next match is coming up in a few days, so I will try to prepare myself in the best way possible. 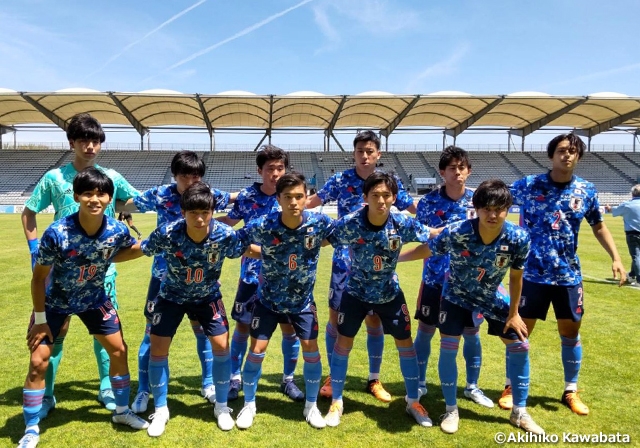