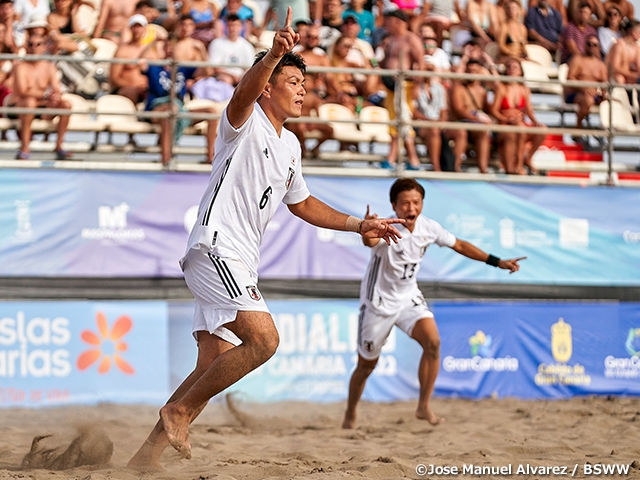 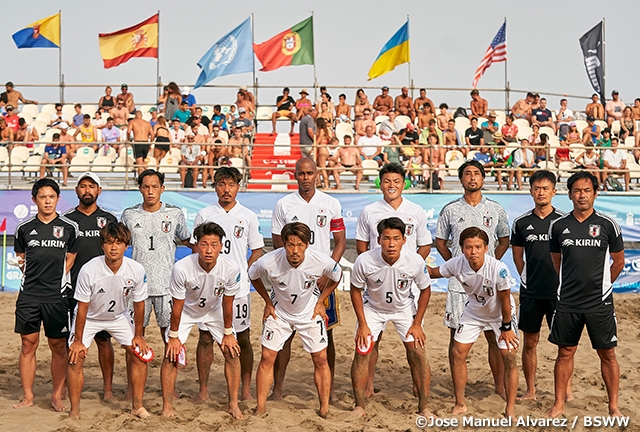 In their second match of the BSWW Mundialito Gran Canaria 2022 held in Gran Canaria, Spain, the Japan Beach Soccer National Team got off to a strong start with AKAGUMA Takuya (Lazo Apego Kitakyusyu) scoring the opening goal in the first minute, with the assist coming from KIBUNE Yuki (Averdade Kumamoto BS).

TANAKA Hayate (Tokyo Verdy BS) scored the second goal in the eighth minute, when he redirected the clearance of the opposing goalkeeper to extend the Japanese lead, but Spain responded right back, scoring a goal in the very next play, as Japan finished the first period with a 2-1 lead.

Repeating the plays he had shown multiple times in last year’s FIFA Beach Soccer World Cup™, Akaguma once again scored a goal in the first minute of the period, as he converted the long feed from the goalkeeper with a bicycle kick.

Japan also shifted their defensive style in the second half, effectively working in tandem to keep the Spanish offence at bay, while also anticipating to intercept the feeds from the opposing goalkeeper to create more opportunities. In the 11th minute, OBA Takaaki (Loewe Yokohama) forced a turnover to initiate a counterattack, setting up a one-on-one situation against the goalkeeper, where the veteran calmly delivered a pass to allow Kibune to slot the ball into the open net.

With momentum on their side, Japan continued to show their effectiveness in defence, which led to more offensive opportunities, as seen in the second minute, when MOREIRA Ozu (Tokyo Verdy BS) capitalsied on the opponent’s misdirected pass to score the fifth goal.

Leading by four goals, Akaguma went onto a goal spree, scoring three consecutive goals in the 29th, 33rd, and 35th minutes to extend his tally to five goals for the match. Despite conceding a late goal to Spain, Japan finished the match with a final score of 8-2. 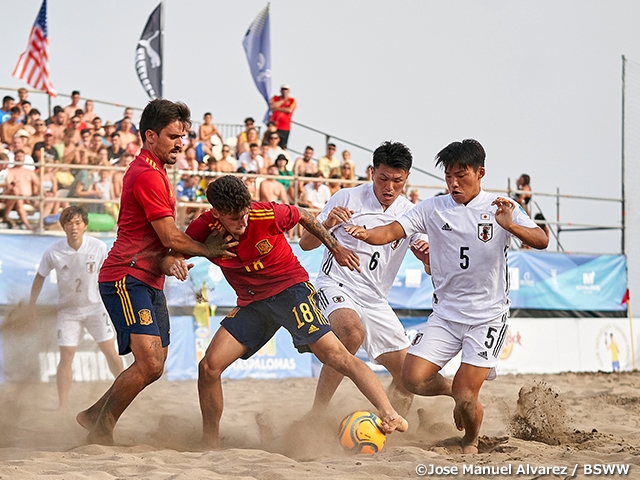 After two matches, all teams have one win and one defeat, with Japan leading on goal difference. Akakuma is leading the scoring standings with seven goals in two matches.

FP #3 ITO Ryunosuke (Lazo Apego Kitakyusyu)
We were able to improve from yesterday's defeat, both as a team and as individuals, and demonstrate an ideal way to win the match. We will try to win tomorrow's match against the USA by playing our best football, and I will strive to contribute to the team with a strong performance, so that we can finish the tournament on a high note. We are tired from the tight match schedule, but we will do our best for Japan. We appreciate your continued support in the final match.

FP #7 OBA Takaaki (Loewe Yokohama)
First of all, I am very pleased with our victory. I am also very grateful to all the people who supported us. Thank you very much. As discussed in the pre-match meeting, we entered the match poorly and didn’t show enough determination in our first match against Portugal. In today's match, everyone was able to maintain a high level of concentration from start to finish, and I think the score reflected the fact that we were able to correct some of the issues from yesterday's match. However, looking ahead to our next goals of qualifying and winning the World Cup, I feel that there are still things we need to improve, not only individually but also as a team, and above all we need to improve our mentality as a group to challenge the world as the Japan National Team. For that reason, we will fight for better results and performance than today in tomorrow's match against the USA. I will continue to give my best effort for Japan's victory tomorrow so please root for us. 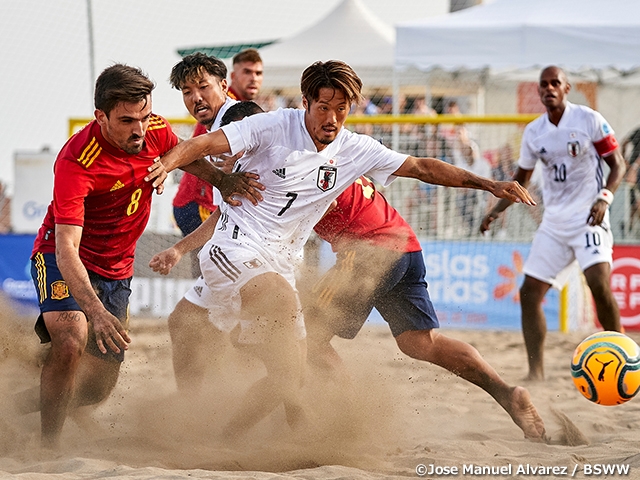