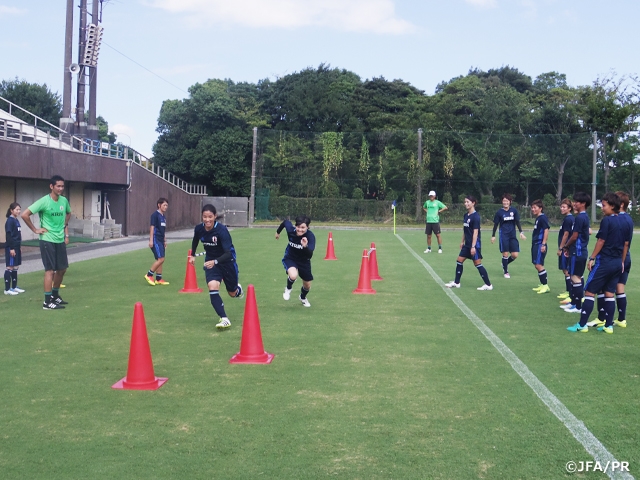 The Japan Women’s National Team short-listed squad held two training sessions on Monday 5 September – one in the morning and the other in the afternoon. In both sessions, they did some training, focusing on footwork and jumping exercise before using the ball. The team spent plenty of time on improving speed, agility, and power.

Then they moved onto some training with the ball. In the morning, they practiced possession in five-on-three and three-on-three with two servers, followed by a mini games in five-on-five with goalkeepers and a six-a-side scrimmage. In the afternoon, the players worked on taking shots from crosses after playing four-on-three drills with goalkeepers. They finished their session with a 10-a-side practice game.

The team will play a training match against Edogawa University men’s team on Tuesday 6 September. 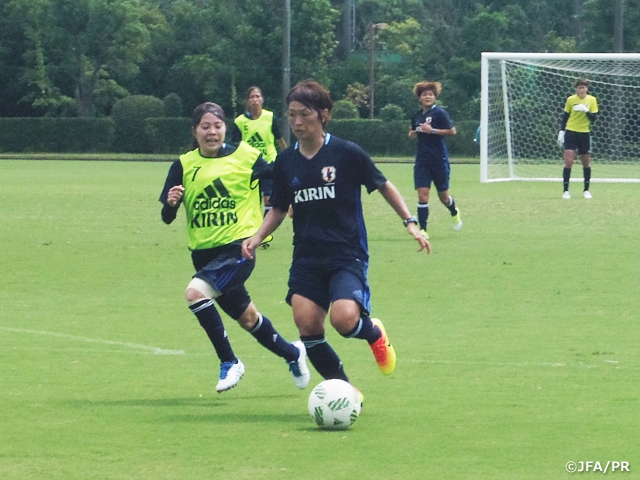 DF KAWAMURA Yuri (VEGALTA SENDAI LADIES)
I expect overwhelming speed and power from the men’s university students in tomorrow’s game. As we conceded goals in the match against Sweden due to those aspects, I aim to fix our problems and keep a clean sheet. I’d like to focus on the quality and detail of each pass or trap and perform without many technical mistakes.

MF NAKAJIMA Emi (INAC KOBE LEONESSA)
After finishing my second day here, I learned what I needed to improve more. I’d like to show my usual style of play in tomorrow’s training match and try to aim for a better performance, running efficiently.

FW YOKOYAMA Kumi (AC NAGANO PARCEIRO LADIES)
Despite the short time, this kind of high-level two-a-day training sessions, which I cannot usually experience, is very productive. As we’ve been told repeatedly that there won’t be any goal without shots, I’d like to actively aim at the goal. You cannot get positive results without trying, so I’ll continue to practice what I’ve learned at this camp back in my club. 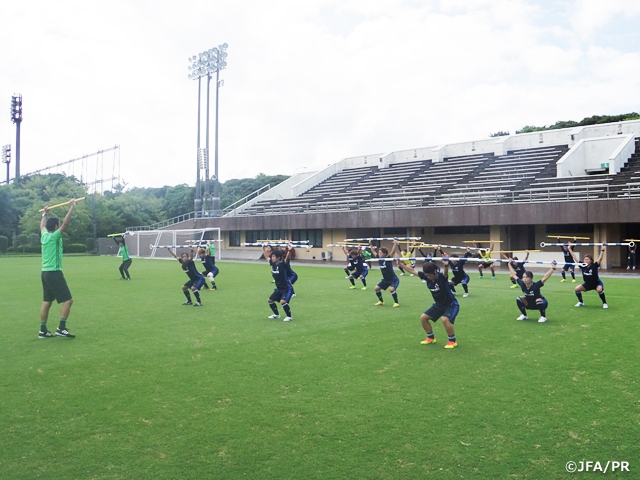