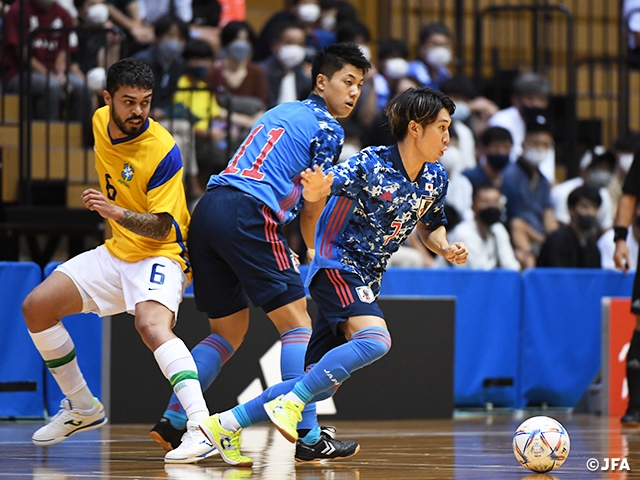 Both sides started the match by creating chances to threaten the opposing goal, but it was Brazil who scored the opening goal. In the third minute, Pito received a pass from Matheus and made a brilliant turn to shake off Crepaldi before sending the ball into the net. Just a minute later, Pito responded to a lobbing pass delivered by Marcenio and struck a powerful shot that pierced the Japanese goal. 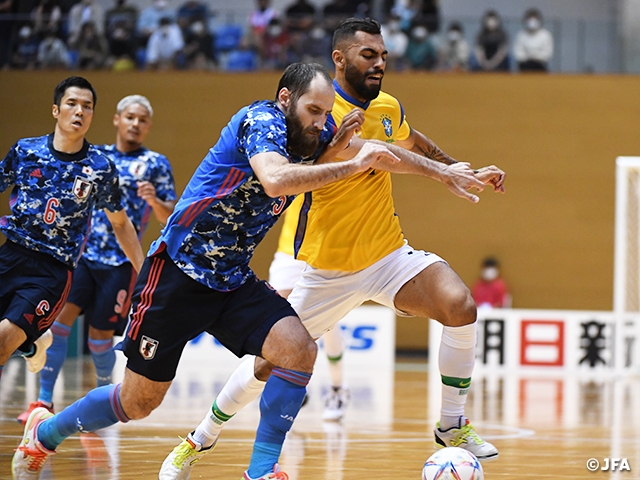 After the two sides rotated their sets, Brazil captured their third goal in the seventh minute, when Lucas GOMES found the back of the net. Pito completed his hat-trick in the 18th minute, this time holding off UCHIMURA Shunta (Shonan Bellmare) to strike an explosive shot past Kuromoto.

Seeking for their first win over Brazil, coach Kogure gave a pep-talk during halftime to encourage his players, telling them, “We need to step it up a notch. We haven’t shown our full potential yet.” 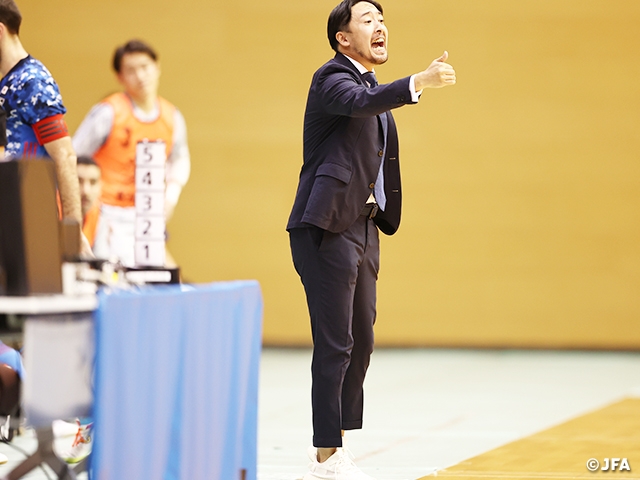 Responding to their coach’s words, Japan started to find they rhythm in the second period, and score their first goal in the 30th minute, when Oliveira converted a delivery from a corner kick to make it 1-4.

However, Brazil responded right away, as Darlan converted the cross of Rodrigo in the 31st minute to bring their lead back to four goals. Despite Japan’s final efforts to score goals through their powerplay, Brazil kept the Japanese side at bay to win the match 5-1.

The two sides will play another friendly match at Sky Hall Toyota (Aichi) on Sunday 18 September.

KOGURE Kenichiro, Head Coach (Japan Futsal National Team)
I am delighted that so many people came to see our match, which was our first match played in Japan in two and a half years, and the first international match held in Shimane. I had goosebumps when we entered the pitch. We fought for victory but couldn’t obtain the results we were looking for. However, what matters the most is how we react to this. We must make the necessary adjustments ahead or our next match in Toyota and strive for victory as a team. We will do our best to showcase a better match on the 18th.

FP #10 CREPALDI Vinicius (Pescadola Machida)
There are a lot of feelings going through my head, but it was not what I imagined, and I am very disappointed with the result. We prepared well for this match but entered the match poorly. Of course, our opponents were strong, I wanted to play better and score a goal, but I think anything I say today will just be an excuse. We just need to keep our head up and reset our minds for the next match. We still have another match against Brazil before we enter the AFC Futsal Asian Cup Kuwait 2022™, so we hope to make the most of these experiences to become a better team. 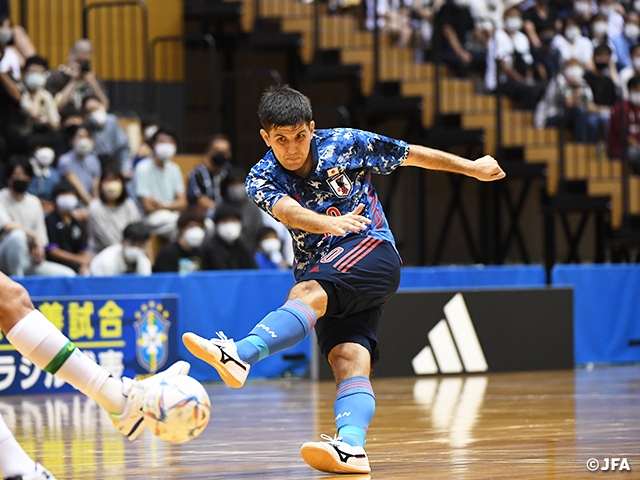 FP #7 KANAZAWA Sora (Tachikawa Athletic FC)
Brazil really showed their ability to take shots from enormous range, and their shots were incredibly accurate, which was an aspect that was completely different from our usual matches. In order to win matches like these, we have to work as a team to prevent them from taking shots. There were some aspects that were effective, so it wasn’t like we had no chance. It felt like I could cause some damage with my speed, so I will try to take on the opponents with my dribbles more often.

Marcos XAVIER, Coach (Brazil Futsal National Team)
The players showed great concentration from the start, which allowed us to enter the match with a good rhythm. We are aware that Japan is one of the strongest teams in the world, so we played with plenty of respect. I was getting the impression that Japan is currently going through a rebuild. The coach has just changed, but from observing the matches, I felt that the team has a lot of potential to evolve. I think they are a team that can achieve very good results in the close future.