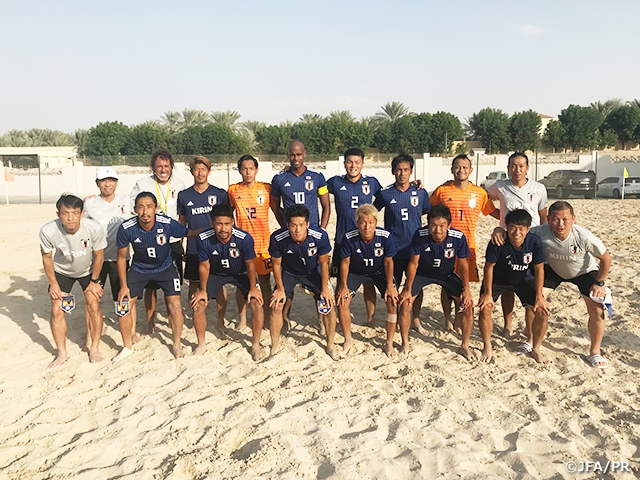 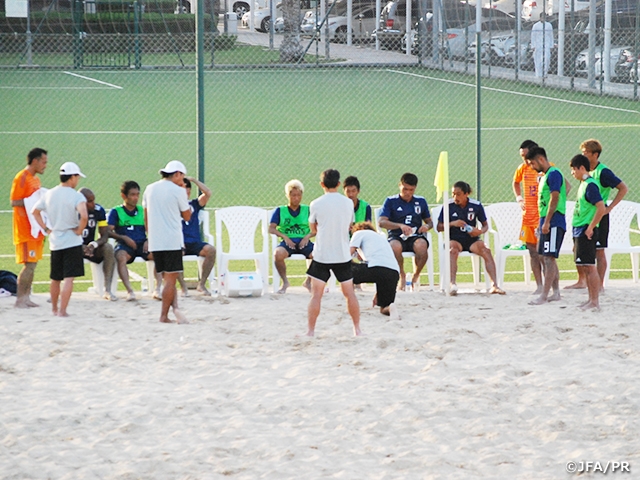 Japan kicked off at 16:00 local time. At the beginning of the match, the team collected the ball towards AKAGUMA Takuya to initiate their attacks. After showing great composure to start the match, Japan managed to strike the opener in the tenth minute with a shot from GOTO Takasuke, who reacted to a loose ball from a corner kick. In the 14th minute, GOTO ran towards a forward pass from MOREIRA Ozu, and slotted the ball into the goal from a difficult angle just before the first period ended, stretching the lead to two goals.

The two teams exchanged multiple goals in the second period. Japan conceded a goal just after the start of the period that allowed the opponents to build up positive momentum. In the 18th minute, UAE levelled the match from a shot taken by their goalkeeper which was redirected into the goal by a player in front of the goal. OBA Takaaki struck a goal soon after to retake the lead, but UAE equalised the match once again in the 22nd minute. With both sides adding more goals to their tally, the second period ended with Japan leading with a score of 5-4.

Compared to the action filled second period, the third period turned out to be much more settled. Both teams stayed competitive, scoring one goal each. At the end of the match, Japan managed to sustain their one-goal lead and won the match 6-5. Japan will now play an international friendly against a European powerhouse, Russia, on Friday 2 November. 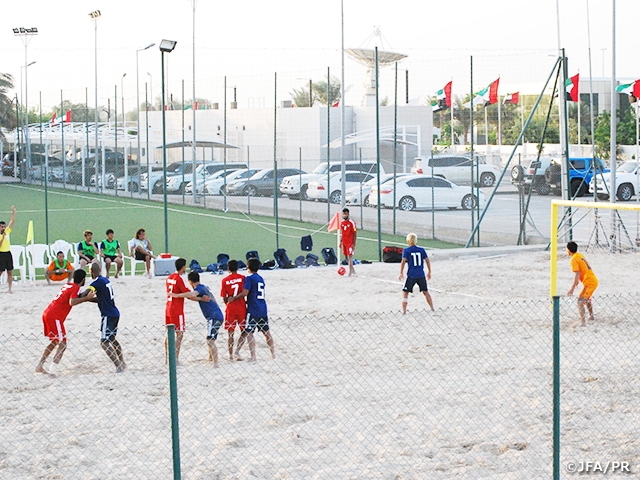 FP #11 GOTO Takasuke (Tokyo Lequios BS)
We have been able to conduct very hard and quality trainings here in Dubai. Although we managed to win the training match today, each player must be able to make better decisions on the court in order for us to compete at the top level of the world. Our goal is to the title at the World Cup next year. If we keep playing the way we have been playing, we can’t win the title, so we need to communicate with each other and improve as a team.

FP #5 TABATA Teruki (Veertien Mie BS)
Through this match against UAE, I think that we found many aspects we must improve on. We need to rethink the way we defend and manage the game once we take the lead. Those are some aspects we must talk as a team to improve ourselves. We still have many matches ahead of us. In order to earn positive results at the Asian qualifiers and the World Cup, we will cherish each day and work hard to heighten our level as a team.