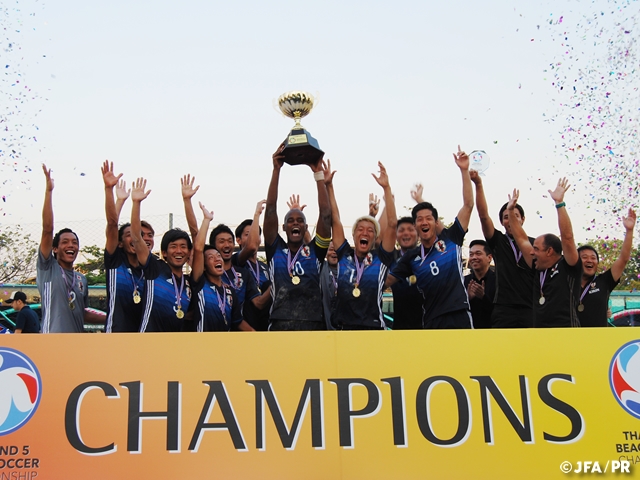 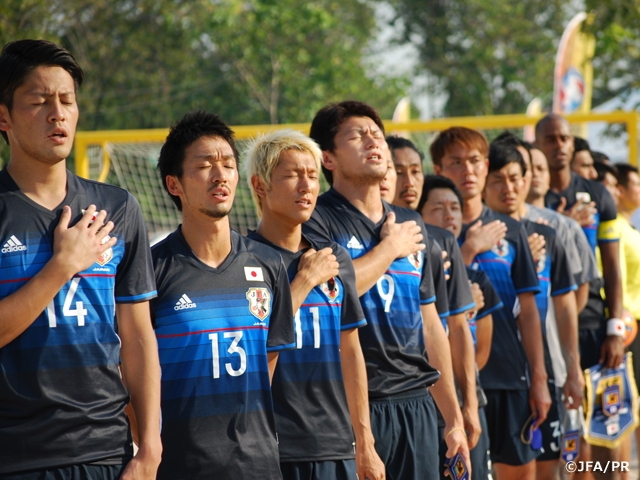 Japan encountered Hungary in their first match of the competition as they beat the European side 5-3. While the Japanese squad are looking to win the tournament with an unbeaten record, the final gave the Hungarian counterparts a chance to avenge for the loss in their previous meeting.

In the beginning of the first period, Japan found their rhythm by composedly moving the ball around and created scoring opportunities by advancing the ball towards the opponents’ goal, but failed to take advantage of those early chances. However, the awaited goal came after 7 minutes as AKAGUMA Takuya brilliantly controlled MOREIRA Ozu’s shot in front of the goal and slipped past the opposing keeper to score the opener for Japan. Furthermore, the Japanese side added their second in the 10th minute, when GOTO Takasuke nailed home a superb overhead shot.

Entering the second period, Hungary took advantage of the mental error by the Japanese players to score their first in the 14th minute. Furthermore, as they gained momentum, they successfully scored an equaliser off a corner kick few minutes later. Appearing like all the momentum was shifting towards the European side, the Japanese counterparts had to deny the threatening attacks by defending with composure and keeping the opponents from taking control of the match. Towards the end of the period, both teams had a fair share of scoring chances and made several attempts at goal, but the fines saves from the Asian and European keepers kept either squad from taking the lead.

A huge difference in the scoring came in the third period. In the 28th minute, Moreira Ozu converted a spot kick earned after the opponent mishandled the ball with his hand inside the penalty area and gave the Japanese side a 3-2 lead. The goal tally continued as KOMAKI Masayuki was fed a brilliant pass off a throw from goalkeeper TERUKINA Shingo and beat the opposing keeper to composedly score the fourth and HARAGUCHI Shotaro took advantage of the penalty chance to stretch the Japan’s lead to 5-2. Despite giving away a consolation goal from the spot to the Hungarian side in the 35th minute, Moreira Ozu chipped in a superb lobbed shot into the net from the Japanese kick-off. Closely contested until the end of second period, but the comprehensive performance in the third gave the Japanese National Team a convincing victory over Hungary 6-3.

Japan were crowned champions of the Thailand 5s with four straight wins including their three consecutive victories in the group stage. Furthermore, Moreira Ozu became the top scorer in the tournament. 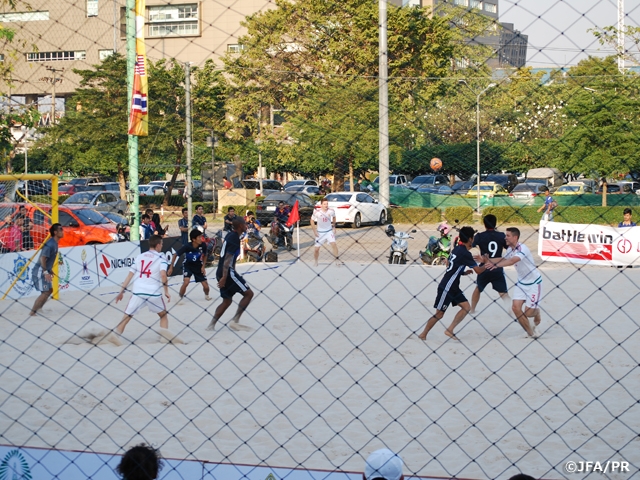 Marcelo MENDES, Coach
It was a wonderful opportunity prior to the AFC Championship that we participated in the Thailand 5s and competed against some of the best teams in the world. We performed well overall, but had few errors defensively. However, I am confident that we can amend those errors before the championship. I had set my goals for the Thailand trip as: keeping a high level motivation for my players, finding out the areas where we need to improve, and understanding the things that we are good at. It has been an excellent tournament becoming the champions, and I am also grateful that we won the competition as well. Now we need to move on and focus our efforts towards the AFC Championship, and book a ticket for Bahamas where the World Cup will take place. My mind has already shifted towards the AFC competition and the group-stage matches against Malaysia and Qatar. Lastly, I wanted to congratulate my players and staff members for winning the tournament, and thank the JFA for all their support.

FP MOREIRA Ozu (Tokyo Verdy BS)
We had an excellent tournament meeting the demands of the coach from the first match to the final. Despite having difficult stretches at times, we never panicked, and I believe that our composure was one of the main reasons why we performed well and won the competition. We will be facing similar tough matches ahead, and this tournament in Thailand has given us the much-needed preparation for the World Cup Qualifiers (AFC Championship). Now, we will be surely looking to qualify for the World Cup, and working together as one team we will make the best preparation possible in the limited time we have prior to the qualifiers.

GK TERUKINA Shingo (Ryukyu Erythrina)
It was an important tournament ahead of the World Cup Qualifiers (AFC Championship) and we won the competition by composedly playing throughout the tournament. We already faced Hungary in the first match, and I knew the final would be difficult, given that both sides had an idea of how their opponents would play from the previous encounter. Looking at the video footage a day prior to the final, I went through simulation of today’s match. Partly due to this, in the second period when the opponents leveled the match, we did not panic and had a clear idea of what we needed to do as a team. I believe this led to the superb performance in the third period where we outperformed and tallied more goals than the opponents. Furthermore, the last two matches in the tournament were tough and I believe we could face similar matches in the qualifiers. Having being able to experience such difficult matches ahead of the actual qualifiers is surely significant for the team.