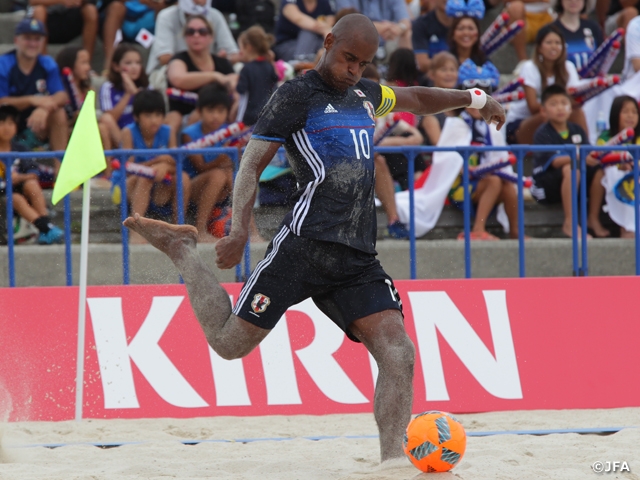 MOREIRA Ozu of the Japan Beach Soccer National Team was selected as one of the best five players of the year in ‘Beach Soccer Stars 2016’, which was hosted by BSWW (Beach Soccer World Wide) in Dubai (United Arab Emirates) on 5 November.

Moriera Ozu, who has won this award for the third consecutive year, led Japan to win the Asian Beach Games for the first time in September. He was also chosen as both the Most Valuable Player and the Top Scorer at the Super Cup of Nations in Brazil in October, in which Japan managed to finish in second place.

MOREIRA Ozu (Fusion)
I’m truly honoured to be chosen as one of the five best players of the year. I’m grateful to the coach of the national team, my teammates, and the staff for supporting me. I’d like to make even greater effort not only to improve myself, but also to contribute in raising the level of the team. I’ll do my best, aiming to win the Asian qualifiers for the World Cup (the AFC Beach Soccer Championship) and the World Cup next year. 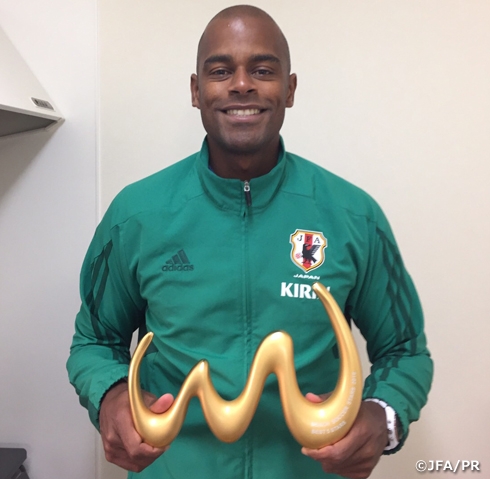