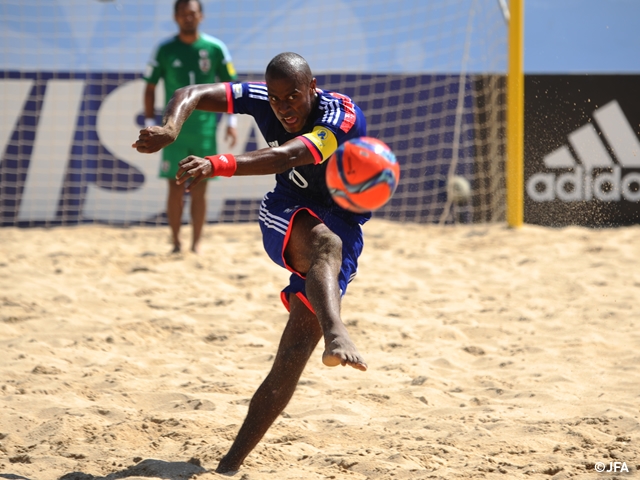 Japan Beach Soccer National Team’s MOREIRA Ozu was selected as one of the Best 5 Stars at the event called “Beach Soccer Stars 2015”. The event was held on 7 November in Dubai, UAE and it was organised by Beach Soccer World Wide.

Moreira was selected for this prize last year. Since then, he was chosen to be MVP of the AFC Beach Soccer Championship in Qatar in March of this year. In July, he made a significant contribution as the team’s captain to becoming one of the top 8 countries at the FIFA Beach Soccer World Cup Portugal 2015.

Click here for the news when he was selected last year 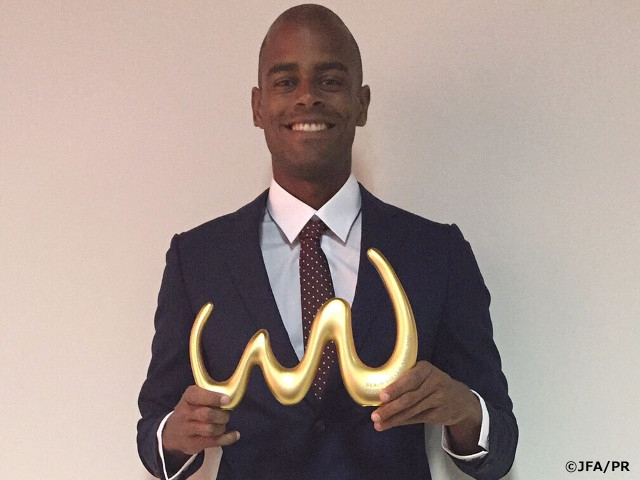 MOREIRA Ozu
As a player of the Japan Beach Soccer National Team, I am very happy to get this award for the second consecutive time. This is because of the Coach of the squad team, my teammates, staff and anybody who support us. I will keep playing my best for Japan’s team to win and for promoting beach soccer in Japan.