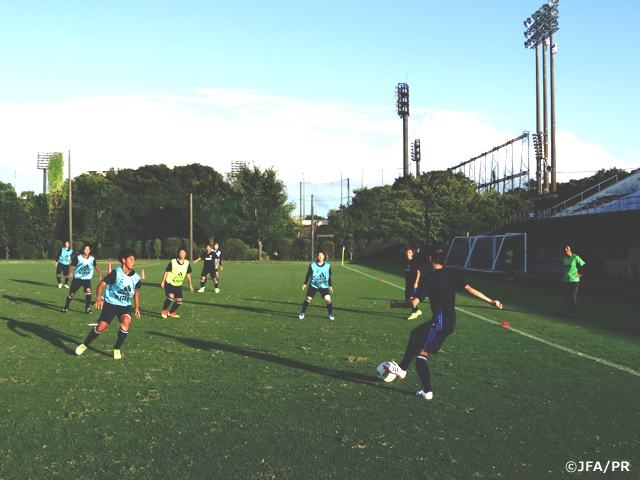 For the team who will compete in the Asia Cup in two years and look ahead at the World Cup after that, this four-day camp will be valuable. Coach TAKAKURA Asako told her players, “I would like every one of you to take leadership."

After warm-ups, they were divided into two groups in the training this day. The players who played in the Nadeshiko Cup final went through recovery training while the others, after a ‘breaking-the-ice’ exercise, worked on 8-on-4 ball possession drills and 5-on-5 plus one neutral player game for about an hour.

Meanwhile, KUJURO Koichi, coach of the Japan national deaf football team, TORIUMI Rena, ABE Natsumi and OKAMI Shihoko, players of the team, visited the training. Kujuro said, “it was interesting to see their training and we would like to apply some of it for our own camp,” while the three players stated, “each player showed high motivation and they displayed excellent collective plays.”

DF  SAMESHIMA Aya (INAC KOBE LEONESSA)
In this short training camp, I would like to understand what I’m expected to do on this national team and what kind of football I’m asked to play. As I watched and heard about the Sweden game, I thought that we are demanded to move our defensive line more accurately, so I want to pay more attention to it.

MF  KAMIONOBE Megumi (ALBIREX NIIGATA LADIES)
I want to understand what kind of football this team plays first and play my own game, rather than absorbing things in this short period of time. Whether it’s the league or the national team, I believe that it’s important to keep up the good work and attain positive results.

(Since Takakura became the coach) I’ve had an impression that we are asked to be stronger at competing for the ball as the entire team. I’ve been called up for the first time since the team became new, so I feel like I’m a 'challenger' in this camp. 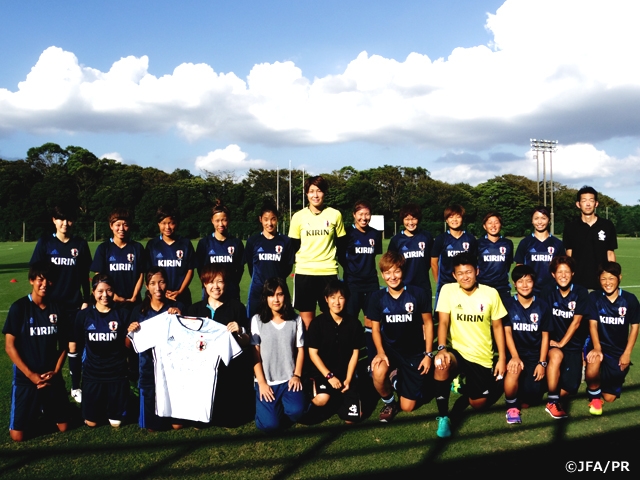