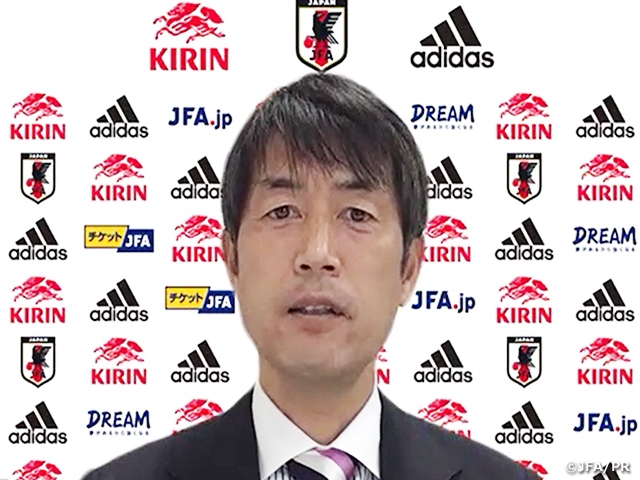 The team for the Women's Asian Cup, who will be seeking to claim their third consecutive AFC title, features many of the players who participated in the trip to the Netherlands last November, including experienced players such as KUMAGAI Saki (FC Bayern Munich/Germany), HASEGAWA Yui (West Ham United/England), and SUGASAWA Yuika (Mitsubishi Heavy Industries Urawa Reds Ladies), while YAMASHITA Ayaka (INAC Kobe Leonessa) and ENDO Jun (Angel City FC/USA), who were not selected for the trip to the Netherlands, have also been included in the 23-player squad.

“Since launching the new Nadeshiko Japan last October, we have held training camps in Japan and travelled overseas to prepare for this Women's Asian Cup. We hope to demonstrate what we have built up in our limited time together at the tournament,” said coach Ikeda, pointing out that he selected players who could achieve the most in a short period of preparation time.

The Women's Asian Cup, which will be held from Thursday 20 January to Sunday 6 February, also serves as the Asian qualifier for the FIFA Women's World Cup Australia & New Zealand 2023™, with the top five teams from the knockout stage qualifying for the tournament. (*However, if Australia is one of the top five teams, the sixth-place team will also qualify.)

Reflecting on the team’s trip to the Netherlands, coach Ikeda mentioned, “We want to add more options to our offence, raise the quality of our plays, and show the desire to score goals,” and shared his aspiration ahead of the AFC showdown, “We hope to prepare ourselves in the best way possible before entering India, so that we can show our strength and tenacity in the knockout stages.”

SASAKI Norio, Chairman of JFA Women's Committee
I would like to thank all the clubs, national ministries, and everyone who has helped to make it possible for us to make this announcement. The AFC Women's Asian Cup India 2022, which will be held in Mumbai, is an important tournament as it will serve as the qualifier for the Women's World Cup in 2023. We will do our best to live up to your expectations and to bring positive news to Japan. 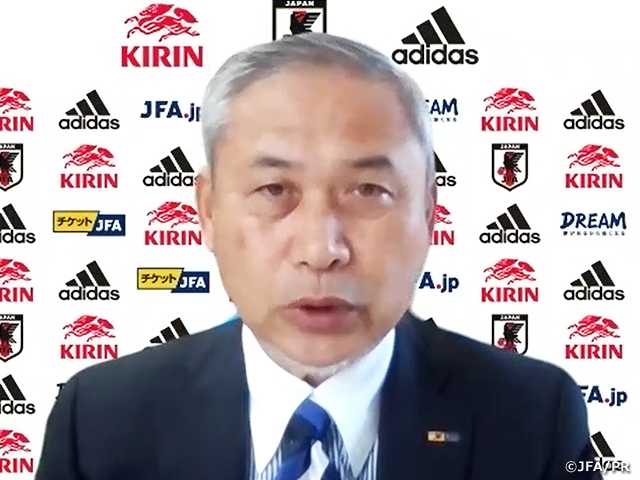 IKEDA Futoshi, Coach of Nadeshiko Japan (Japan Women’s National Team)
Nadeshiko Japan will hold a training camp at YUME Field before competing in the Women's Asian Cup, which will also serve as the qualifier for the Women's World Cup. With the help of all the people involved, we are now able to carry out these national team activities again, so we hope to bring joy and energy to everyone through football. We want to make sure that we qualify for the Women's World Cup and showcase our passion to claim the top spot in Asia.