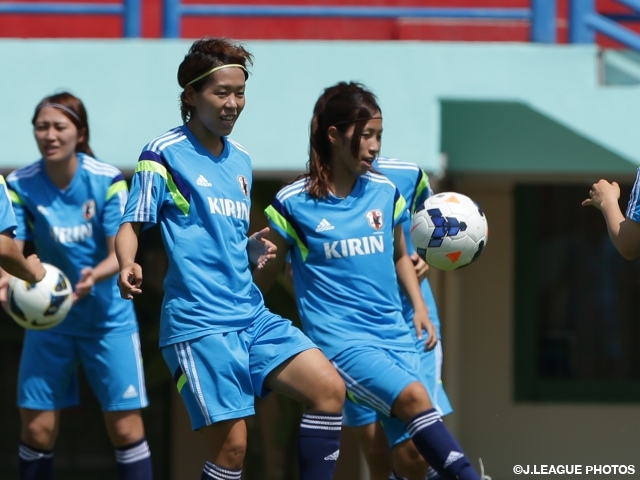 Nadeshiko Japan made final tune-ups in the morning of 21 May, ahead of the semifinal. Preparing for the match against China, they adjusted their playing combination and set-piece play in practical training sessions until noon and took a good rest in the afternoon.

Japan, the four times runners-up of the Asian Cup, has last appeared in a final in 2001. “We have played big matches against China, but they are not fateful matches, and I don’t see China as a sworn enemy. However, all players know how important the match is. We must win to become the Asian champion. I think we have to score many goals.” said Sawa, for whom this competition is the ninth Asian Cup.

In this day, Thailand beat Vietnam 2-1 in the fifth-sixth match of the Asian Cup, which also serves as a qualifier for FIFA Women’s World Cup. As a result, Thailand qualified for their long-cherished first World Cup and five World Cup participating countries from Asia was decided.
Japan’s semifinal will kick off at 17：15 on 22 May.

IWASHIMIZU AZUSA（NTV Beleza）
I think, as a defender, many crosses are distinctive in China’s attacking play and the tall and pacey front two are dangerous. After our opening game against Australia, in which we concede two goals, we have held team meetings with all players. We must keep a clean sheet and deal with the forwards successfully. If we win the ball at a high position as Nadeshiko’s way, we can make scoring opportunities, so I will control the defensive line carefully. As our target is to lift the Cup, we have to win the match to advance to the final. We must be determined to defeat China.

TAKASE MEGUMI（INAC Kobe Leonessa）
The next match is very important to qualify the World Cup in a top position. Everyone is showing their spirits and I’ve also had a good preparation. My role is to be in a good position, run and score. I haven’t scored yet in this tournament, and when I was distressed Ogimi told me that you can’t score consciously and you score unthinkingly. Her advice relieved my pressure. I would like to be relaxed and play aggressively. Japan lost in the semifinal of the Asian cup two years ago. We will unite to make a new history. 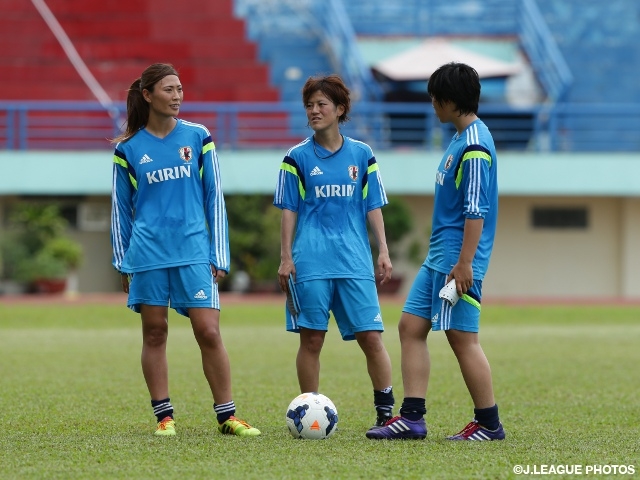