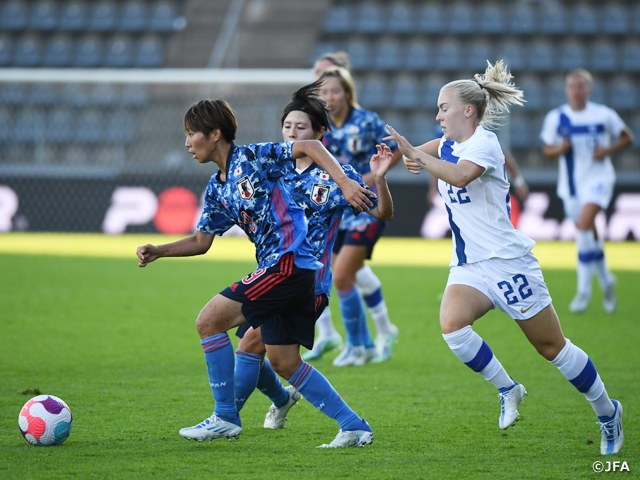 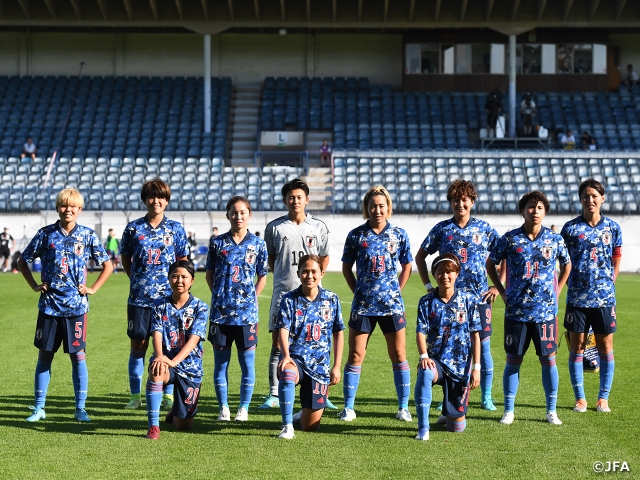 The two teams, with very different styles of play, clashed early on. Despite conceding a freekick at the beginning of the match, Japan managed to defend against it, and started to gain momentum following the long-range shot taken by Miyazawa. The Japanese side took the lead in the 13th minute, when the cross sent by Endo induced an own goal.

However, just five minutes later, Adelina ENGMAN carried the ball all the way from her own territory before scoring the equaliser from the edge of the box. With both sides showing great intensity, the match entered halftime tied 1-1.

Following a closely contested first half, Japan went onto a goal spree in the second half. In the 47th minute, Endo calmly converted the cross delivered by SHIMIZU Risa to retake the lead. Japan then capitalised on a corner kick in the 58th minute, when Takahashi converted the deflection of UEKI Riko’s header. Ueki scored the team’s fourth goal with a powerful volley in the 74th minute, followed by the penalty kick converted by HASEGAWA Yui in the 89th minute to cap off the action. 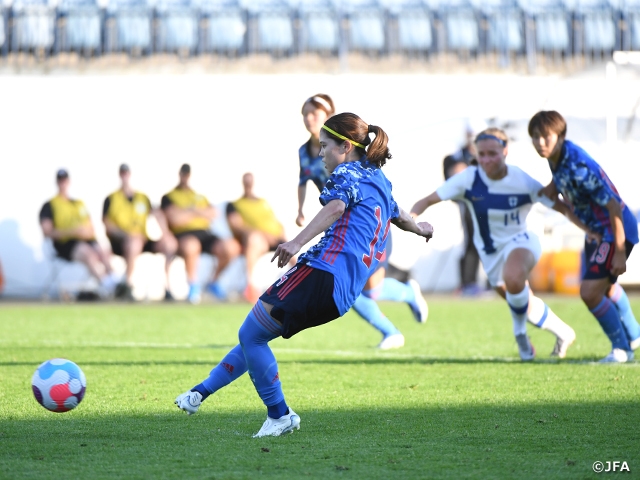 Despite their early struggles, the Nadeshiko Japan made the necessary adjustments in the second half to win the match 5-1. The team scored 10 goals while conceding just one in their two-game series in Europe, as their aggressive football style was on full display.

IKEDA Futoshi, Coach of Nadeshiko Japan (Japan Women’s National Team)
The players fought hard under the intense heat. We were able to adjust the distance between the players in the second half and score multiple goals to win the match. This two-game series in Europe has allowed us to gain precious experience we cannot gain in Japan, and the players worked in tandem to show variety of combinations that resulted in goals. We will continue to work hard so that we can create more options as a team.

DF #12 TAKAHASHI Hana (Mitsubishi Heavy Industries Urawa Reds Ladies)
In the scene where we conceded the goal, we could have done a better job to apply pressure, so we must improve how we approach the ball-carrier before conceding a shot. The goal I scored was pretty much Ueki’s goal. We had been working on our set pieces, so I am glad we were able to score from a corner kick. I still have a lot to work on both physically and technically, so once I return to my team, I will continue to work hard to become a better player.

MF #13 ENDO Jun (Angel City FC/USA)
Regarding the cross that led to the own goal, we knew from our scouting report that there was a hole there. I wanted to get myself more involved in our offence in the first half, but that is an aspect I must improve on. I wasn’t fully prepared when I scored the goal, but when the ball came to me, I knew I could score from there. (Shimizu) Risa-san delivered a great ball, so I am glad I was able to convert it. However, I also missed a lot of opportunities, so I need to do a better job in that regard.

FW #19 UEKI Riko (Nippon TV Tokyo Verdy Beleza)
(Reflecting on her goal) I am surprised myself. I wasn’t necessarily aiming for that angle, but I just let my game intuition take over. I am just glad that the team was able to win. We went home disappointed from the AFC Women's Asian Cup, but this time we managed to finish this tour on a high note. I feel that my strength is in my ability to make runs behind the opponent’s defence line, so I am glad I was able to put that on display.