Which team will earn their spot to play in the Premiere League next season? - Prince Takamado Trophy JFA U-18 Football Premier League 2022 Play-Off 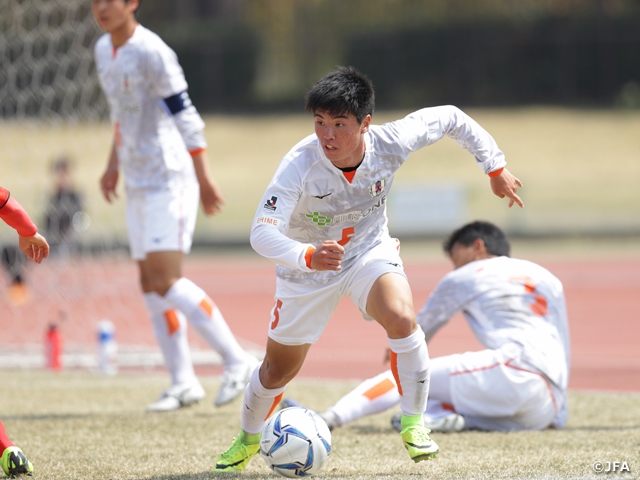 The Prince Takamado Trophy JFA U-18 Football Premier League 2022 Play-Off is scheduled to take place on Friday 9 and Sunday 11 December.

In addition to the two 10th-placed finishers from the EAST and WEST of the JFA U-18 Football Premier League, the 16 top-ranked teams from each regional Prince League - a total of 18 teams - will be divided into six blocks to play in a knockout tournament. The teams that win their respective bracket will join the highest league of the U-18 age group next season.

In Block A, Ehime FC U-18 (Shikoku 1/Ehime), looking to return to the Premier League for the first time since 2019, and V-Varen Nagasaki U-18 (Kyushu 2/Nagasaki), aiming to enter the Premier League for the first time, will meet in the first round. Awaiting the winner in the second round is Funabashi Municipal High School (EAST/Chiba), who have been competing in the Premier League since 2014. Despite finishing in 10th place, Funabashi Municipal went on a six-match unbeaten run towards the end of the season to accumulate points. Their defence line mainly consists of second-year players such as SHIRATO Tenta (#15) and SATO Rioto (#19), but the team has managed to keep a clean sheet in both of their final two league matches. Will they be able to show their competitive spirit in the one shot they have at remaining in the competition?

With its strong line-up of high school teams, Block E will also be an interesting block to keep an eye on. In the first round, Kokoku High School (Kansai 1/Osaka), who have produced many professional footballers such as FURUHASHI Kyogo (Celtic FC/Scotland), will clash with Teikyo High School (Kanto 2/Tokyo), who have reached the final at this year’s Inter-High School Championships. The winner of this match will face Yonago Kita High School (Chugoku 1/Tottori), who are aiming to return to the Premiership for the first time since 2018. 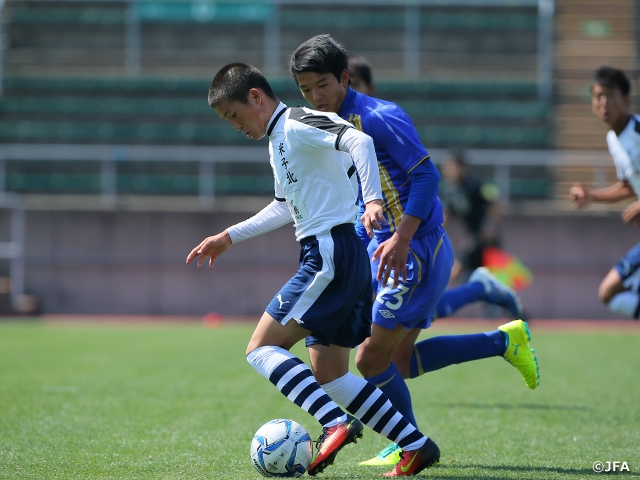 In Block F, Kamimura Gakuen High Shcool (Kyushu 1/Kagoshima) and Zweigen Kanazawa U-18 (Hokushinetsu 3/Ishikawa) will meet in the first round. The winner of this match will face Cerezo Osaka U-18 (WEST/Osaka) in the second round. Cerezo Osaka have been competing in the Premier League since 2011, the first year of the current league format. Their 11th season has faltered in the second half, with the team recording one win, two draws and eight defeats, but managed to make the play-offs with a win on the final day. Led by KINOSHITA Shinnosuke (#11), the top scorer in the West, the team boasts a number of players with excellent scoring ability. It will be interesting to see if they can display their offensive prowess in this crucial match. 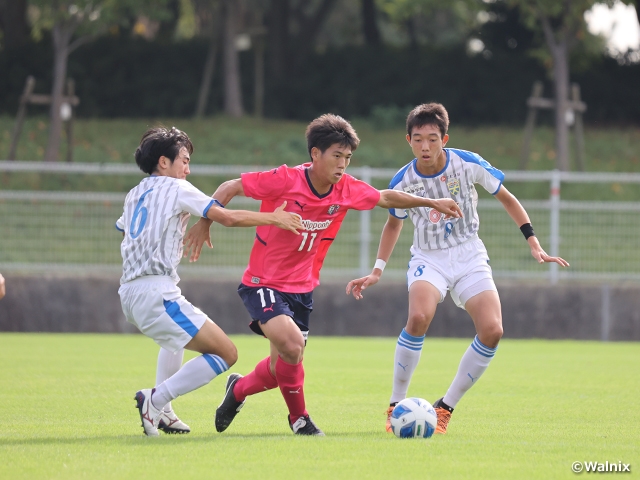