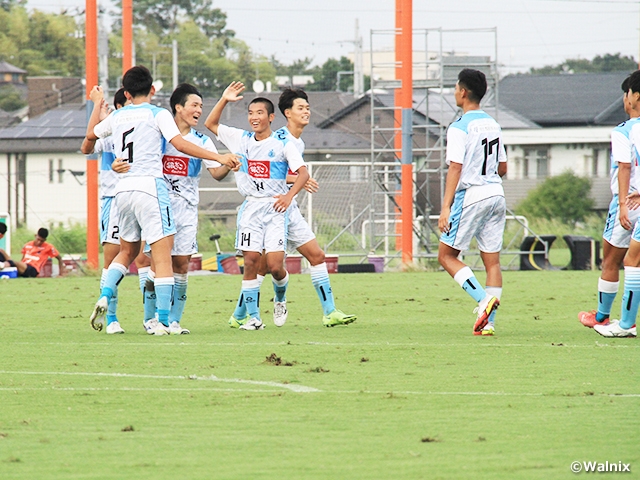 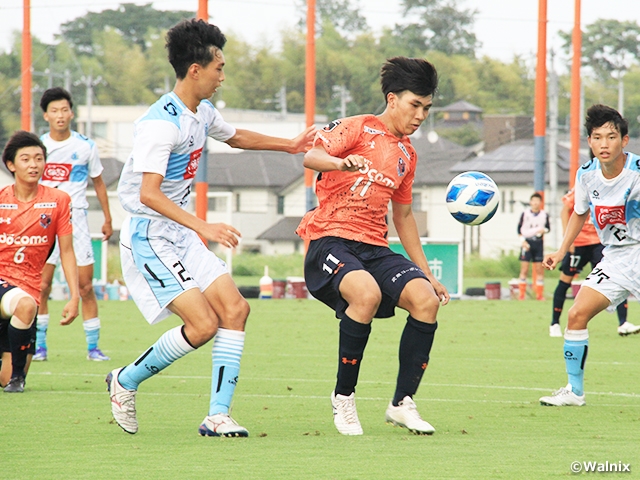 The two sides were in contrasting situations, with Omiya on a two-game winning streak and Kiryu Daiichi on a four-game losing streak, but Omiya were without several key players, with ICHIHARA Rion (#4) and TANEDA Haruhi (#14) taking part in tournament with the U-17 Japan National Team. As coach MORITA Hiroshi and OZAWA Haruki (#3) both reflected, “We entered the match too casually,” the Omiya side struggled to play in cohesion with a slightly different line-up then usual. The team was also forced to use their substitution when ABE Naoto (#20) left the match with an illness.

Kiryu Daiichi, on the other hand, showed great energy from the start, as SUWA Kota (#10) mentioned, “The only way we could stay in the Premier League is to win. We can’t even afford to tie a match.” Led by OKAMURA Aoi (#7), ONO Tsuyoshi (#14), OZEKI Naoki (#19), and Suwa, the Gunma side connected passes from their defence line to seek for opportunities to attack the Omiya goal. 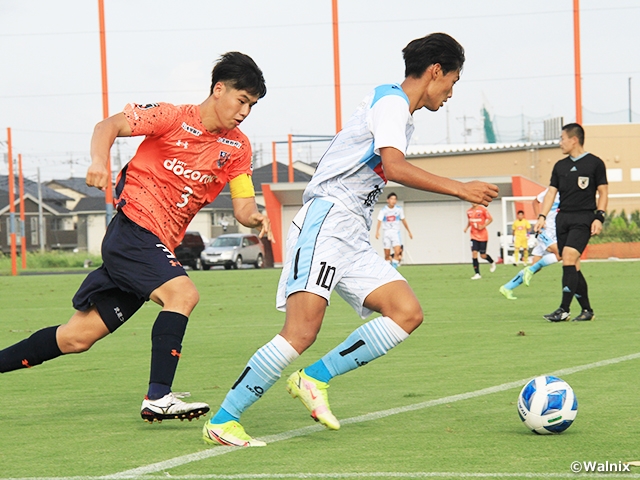 Following a scoreless first half, Kiryu Daiichi scored the opening goal in the 57th minute, when Suwa responded to a through ball to enter the box before firing a shot into the corner of the goal.

In efforts to rally back, Omiya introduced their tall forward ISOZAKI Mark (#24) at the hour mark, adding more arsenal to their offence in addition to the overlapping runs of Ozawa and the speed of TAKAHASHI Hikaru (#11). However, despite the late surge made by Omiya, Kiryu Daiichi showed great tenacity to keep the clean sheet intact, as coach NAKAMURA Hiroyuki encouraged the players, “There is no more time left. Commit yourselves to defence!” As a result, Kiryu Daiichi earned their second win of the season, which keeps their hopes alive to survive the league, while Omiya takes a setback to their hopes to join the title race. 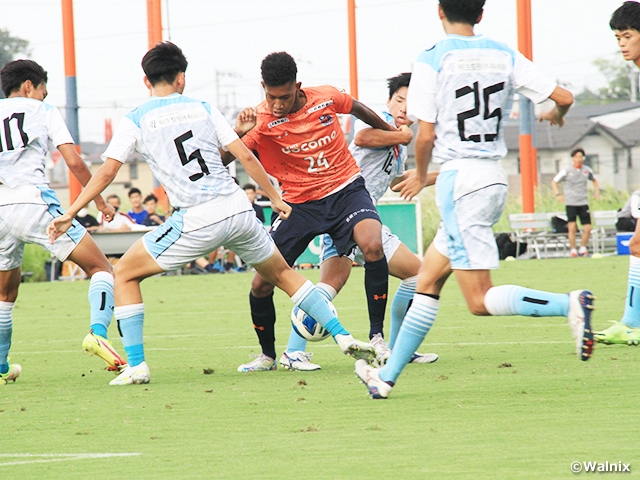 MORITA Hiroshi, Coach (Omiya Ardija U18)
We knew we would whether be fighting for the title or to avoid relegation depending on how we fare in our matches in September. We really wanted to win this match, especially after winning the previous two matches, but it is hard to win with this kind of performance. We entered the match too casually. We played with a poor sense of distance, took no action, and just aimlessly held the ball. Once we ran out of gas, we had nothing to offer and really showed how thin our player pool is.

DF #3 OZAWA Haruki (Omiya Ardija U18)
Despite entering the week off of back-to-back wins, we entered the match too casually, and I felt like we were not in the right mindset. I tried to get my teammates fired up, but it wasn’t enough. We tried to contain the opponent’s #10, but we struggled against #7, who positioned himself in really good positions to face our goal and attack us.

NAKAMURA Hiroyuki, Coach (Kiryu Daiichi High School)
If the losing streak continued, our relegation from the Premier League could have been decided even before the start of the All Japan High School Soccer Tournament qualifiers, and we wanted to avoid that at all costs, so this match gave us courage in many ways. The players played very well today. Despite making mistakes, they were able to stay on the same page to execute the gameplan. Now that we have snapped our losing streak, it is time for us to make new challenges.

MF #10 SUWA Kota (Kiryu Daiichi High School)
The only way we could stay in the Premier League is to win. We can’t even afford to tie a match, so we made conscious efforts to add more layer to our offence. We were able to pick up our pace towards the end of the first half but couldn’t capitalise on our opportunities. We talked during halftime to focus on our own game and try to make quick transitions between defence and offence, which led to that goal.