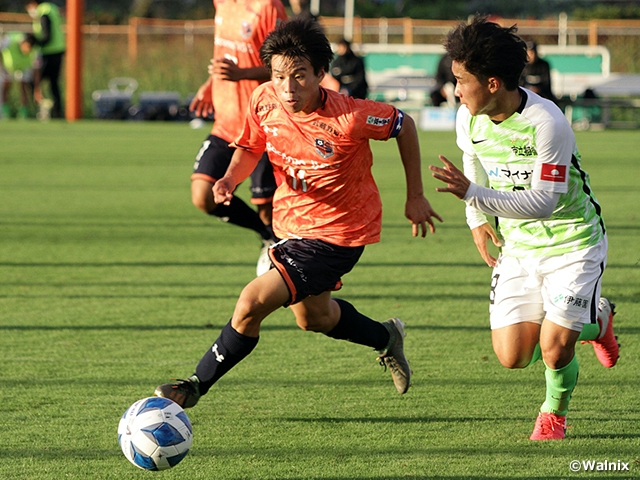 Omiya Ardija U18 (Saitama) will seek to win back to back for the first time this season, when they face Yokohama F.Marinos Youth (Kanagawa). Led by the opener scored by ICHIHARA Rion (#27) in the sixth minute, Omiya earned a 3-0 victory over Funabashi Municipal High School (Chiba) last week. We will see if they can get off to a hot start against Yokohama FM, who is also coming off a victory, as the Yokohama side has earned their sixth win of the season last week.

Second place Shimizu S-Pulse Youth (Shizuoka) will welcome Urawa Red Diamonds Youth (Saitama) to their home this week. Last time the two sides faced each other, Shimizu won 3-0 thanks to the brace of CHIBA Kanta (#9), and they will seek to repeat the goal rush at home. Led by KUDO Kota (#4), Urawa will try to keep a clean sheet against the Shimizu offence, who is second in goals scored this season. 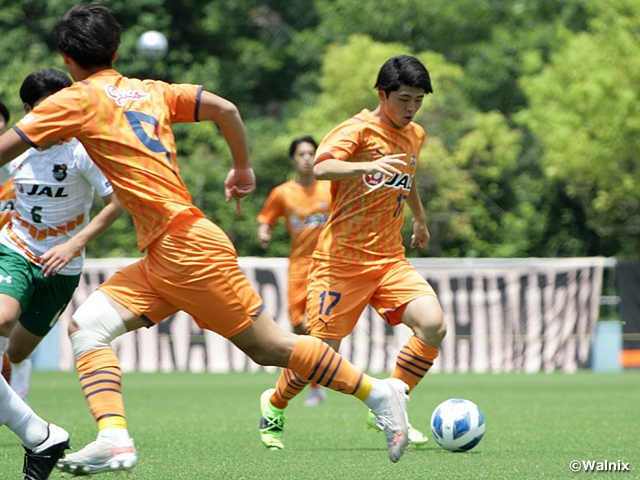 Heated action in front of the goal awaits in the matchup between FC Tokyo U-18 (Tokyo) and Kashiwa Reysol U-18 (Chiba). Kashiwa’s YAMAMOTO Ota (#18) and MASUKAKE Yugo (#9) have combined to score five goals in the three matches played in October and they will seek to break down the FC Tokyo defence led by NAKANO Sosuke (#2). As for FC Tokyo, their key to success will depend on the performance of KAJIURA Yuki (#14).

First place Sanfrecce Hiroshima F.C Youth (Hiroshima) is coming off a 5-1 victory over Gamba Osaka Youth (Osaka), in which TANADA Ryo (#10) marked a hat-trick after it was announced that the striker was going to be promoted to the top-team. IKEDA Yuzuki (#14) also scored a brace in this match against the Osaka side. They will welcome Vissel Kobe U-18 (Hyogo) to their home this week, as they seek for their seventh victory of the season. Kobe on the other hand, will seek to rebound from last week’s loss in which the team conceded three goals in the second half, as their centre halves OZAKI Yusei (#4) and TASHIRO Ko (#5) will try to rebuild the defence line. 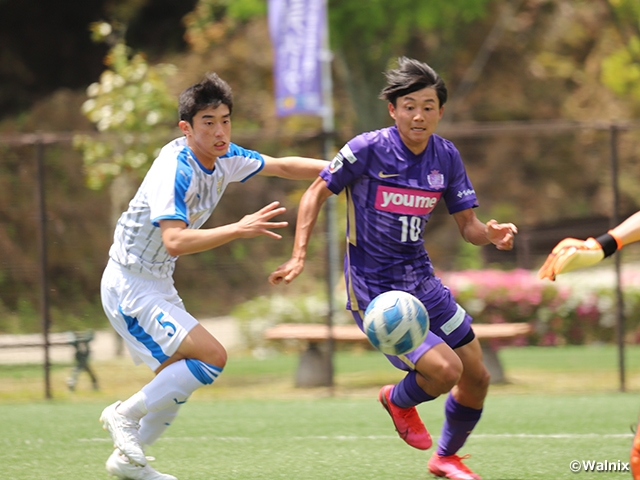 Gamba Osaka, who showed plenty of fire power at the start of the season, has struggled offensively in the recent two matches, and they will seek to find their groove when they welcome Kyoto Sanga FC U-18 (Kyoto) to their home this week. Their key to success will depend on the performance of SAKAMOTO Isa (#11) and MINAMINO Harumi (#18), who were both named into the under-age Japan National Team. Kyoto, who has drawn in back to back matches, will seek to earn a victory to get out of the relegation zone.

With KITANO Sota (#10) and SUETANI Seigo (#8) each marking their first goal of the season, Cerezo Osaka U-18 (Osaka) booked their first win of the season last week. They will try to win back to back when they face Jubilo Iwata U-18 (Shizuoka), who is coming off a 0-7 loss to Sagan Tosu U-18 (Saga). It will be interesting to see if Tosu’s team captain KOBAYASHI Ryota (#4) can lead the team back on track. 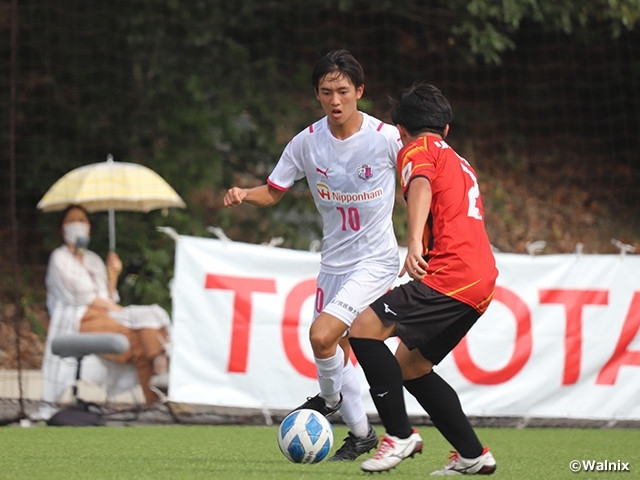