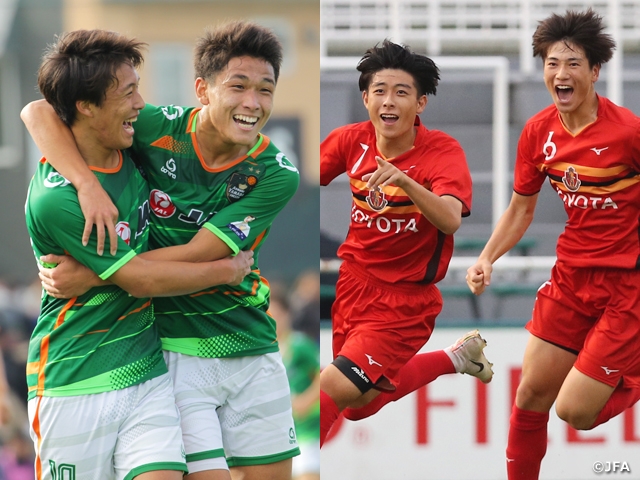 The Prince Takamado Trophy JFA U-18 Football Premier League 2019 Final is about to take place at Saitama Stadium 2002 on Sunday 15 December, where the EAST champions Aomori Yamada High School (Aomori) and WEST champions Nagoya Grampus U-18 (Aichi) will square off to determine the national champions of the U-18 category.

Aomori Yamada has won the EAST title for the first time since 2016, after opening the season with a 2-0 victory over Ryutsu Keizai University Kashiwa High School (Chiba), the same opponent they faced at the All Japan High School Soccer Tournament final from the year before. With the team gaining momentum from the opening match, Aomori Yamada carried an unbeaten streak into the 10th sec. of the Premier League to lead the EAST.

The team was propelled by their defence, who conceded the second fewest goals in the EAST. FURUYADO Riku (#6) played a key role in their defence to eliminate the threats in the midfield, while FUJIWARA Yudai (#5) led the defence line to shut down the opposing attackers from taking shots, as the team registered six clean sheets this season.

Despite losing three matches in the second half, midfielder TAKEDA Hidetoshi (#10) kept the team in the title race, as he led the team in goals scored. With the likes of URAKAWA Rukia (#8) and TANAKA Shota (#9) also showing their attacking threats, the Aomori side has won their final three matches of the regular season in dominating style. After scoring the most goals in the EAST, their offence will play a key role in their pursuit to become the national champions. 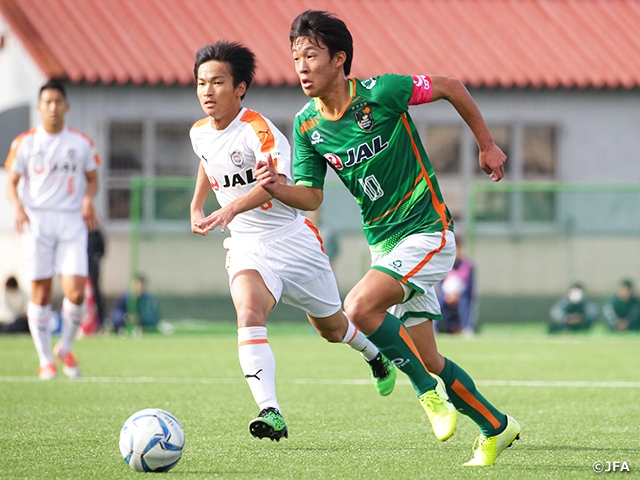 After being relegated form the Premier League for the first time in 2016, many of the players who helped Nagoya Grampus U-18 make their return to the premiership has remained with the team this season. Despite being named as the league favourites to win the title, the team lost the opening match against Ehime U-18 (Ehime) and struggled to win matches in the early part of the season.

It was their match against Vissel Kobe U-18 (Hyogo) in the seventh sec., when Nagoya Grampus U-18 picked up their momentum, as the team finally started to show cohesion between their defence and offence. With their two centre halves, USHIZAWA Takeshi (#3) and SUMI Seiga (#15), controlling the defence line, TANABE Kohei (#10) and SAKAKIBARA Kyota (#8) initiated the attacks to create opportunities for MURAKAMI Yukito (#11) and TAKEUCHI Suiju (#17) upfront, as the team won 11 matches in a row to clinch the WEST title.

The team has also won the Japan Club Youth Football Championship in August, and the J Youth Cup in November. With their eyes set on the triple crown, Nagoya Grampus will be fully motivated for the season finale of the Premier League. 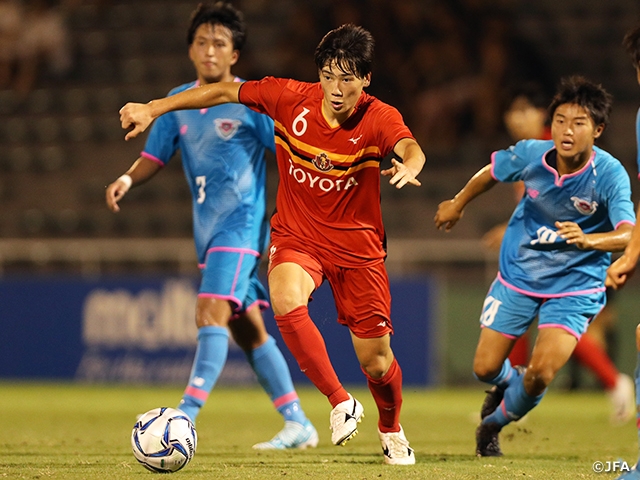 In the past eight seasons, the EAST and the WEST shares a record of four wins and four losses. Out of the eight finals, three of them went into extra time and penalties. Stay tuned to find out who will be crowned as the national champions in this year’s Premier League Final.