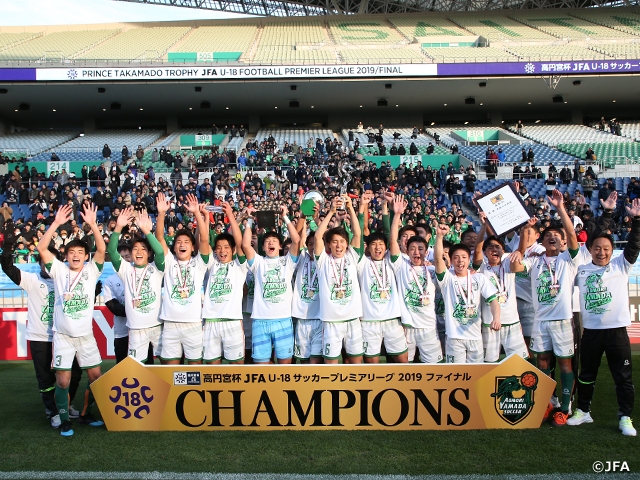 On Sunday 15 December, the Prince Takamado Trophy JFA U-18 Football Premier League 2019 Final took place at Saitama Stadium 2002, where the league winner of the EAST Aomori Yamada High School (Aomori) and winner of the WEST Nagoya Grampus U-18 (Aichi) clashed for the national title.

With the match being played between two of the top teams of the U-18 category, intense battle was showcased from the early minutes. However, the initiative was taken by the Nagoya side, who have won the J Youth Cup and Japan Club Youth Football Championship this season, as they entered the match with the intension to claim the first ever triple crown won by a J.League youth club. 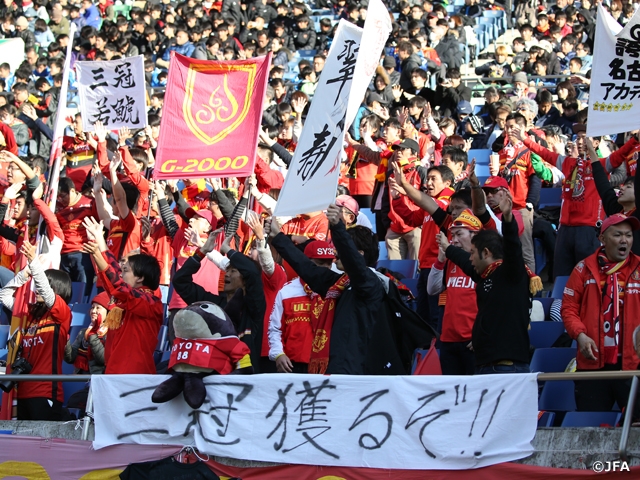 The first opportunity for Nagoya came from a sequence following the kick-off, as TANABE Kohei (#10) delivered a through ball into the open space to allow MURAKAMI Yukito (#11) to take a shot, but his effort was blocked by the opposing defenders. Another opportunity was created by Nagoya in the fourth minute, when a set-piece delivered by SAKAKIBARA Kyota (#8) found SUMI Seiga (#15) unmarked inside the box, but this attempt also fell short from finding the net.

While Nagoya failed to convert their chances, Aomori Yamada capitalised on their first opportunity, as the opening goal came in the 12th minute, when TANAKA Shota (#9) connected with a long throw-in sent by UCHIDA Yosuke (#2) to strike a header into the goal.

With the opening goal giving them great momentum, Aomori Yamada captured the second goal in the 27th minute, when GOTO Kenta (#11) stuck a powerful shot off a cross sent from the left side.

After conceding two goals to Aomori Yamada, the Nagoya offence, who led both leagues in the Premier League with 52 goals scored, rallied back, as the ball was connected through SAITO Yota (#25) and Sakakibara, before finding Murakami, who made a run into the box and shook the net with his left foot.

In the second half, Nagoya brought in MASUI Ken (#7), who was the top scorer at the Japan Club Youth Football Championship, to add layers to their offence. The equaliser was initiated by Masui in the 59th minute, when the midfielder sent a lobbing pass towards the left side, allowing Tanabe to send a cross towards the centre. The cross was met by Murakami at the near post, as the striker redirected the ball into the Aomori goal. 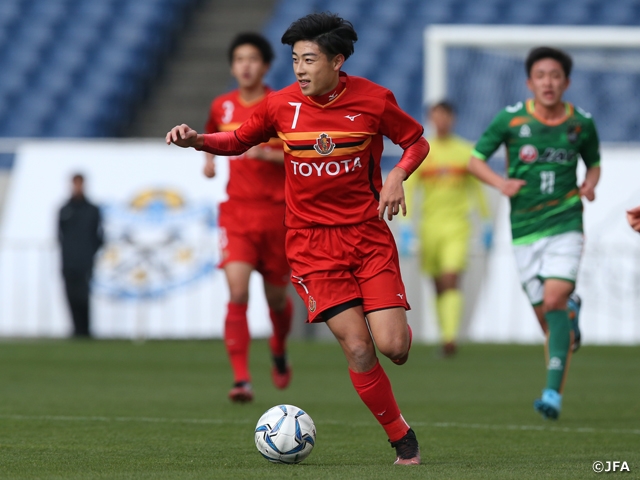 Despite the efforts made by Nagoya to level the match, Aomori Yamada retook the lead in the 62nd minute, when MATSUKI Kuryu (#7) responded to a loose ball inside the box. After collecting the ball, the first year midfielder swiftly made a turn to set-up a shot with his left foot and snuck the ball into the far side of the goal. 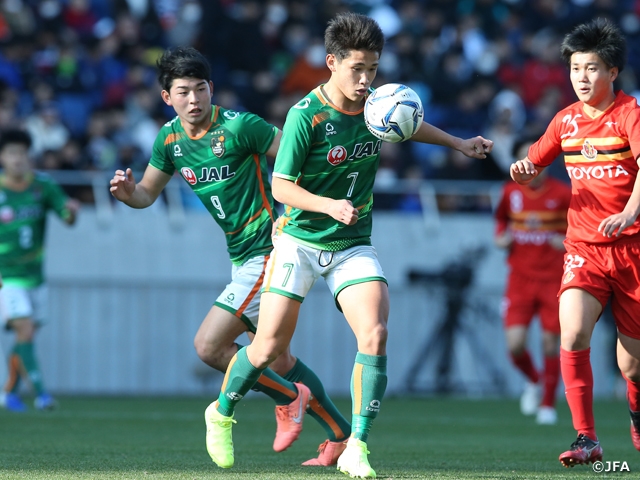 Nagoya made their final efforts to equalise the score, but Aomori Yamada managed to keep their lead intact to claim their second Premier League title.

KURODA Go, Coach (Aomori Yamada High School)
We didn’t want to give Nagoya enough space to work with at the central area, so we focused on keeping our formation compact to contain their offence. We had only one regular member returning from last year’s squad, but the entire team showed great improvements over the year, and this match really showed how far we have come.

DF #4 HAKOZAKI Hiraku (Aomori Yamada High School)
I was very surprised to be named as the MVP. I was playing with the C-team until last year, and I was watching our team play at the All Japan High School Soccer Tournament from the crowd. As a player, I don’t have any strong points in particular, so I kept thinking of ways to survive in this team. Some of the things I focused were to stay active to communicate with my teammates and to do things other players are hesitant of doing.

KOGA Satoshi, Coach (Nagoya Grampus U-18)
We weren’t able to respond quickly enough against our opponent’s attacks and ended up conceding goals. We managed to create more opportunities upfront midway through the first half, and we were able to equalise the match in the second half. Throughout the season, I was able to see our players grow both as a football player and as a human being, and they did not fail to amaze me.

FW #11 MURAKAMI Yukito (Nagoya Grampus U-18)
It’s disappointing that we couldn’t win the triple crown, but we had a fantastic season. We were a team that can score in many ways. I will be going to college, but I will continue to work hard so that I can play for Nagoya Grampus. In order for me to play at the professional level, I still have lots of work to do. 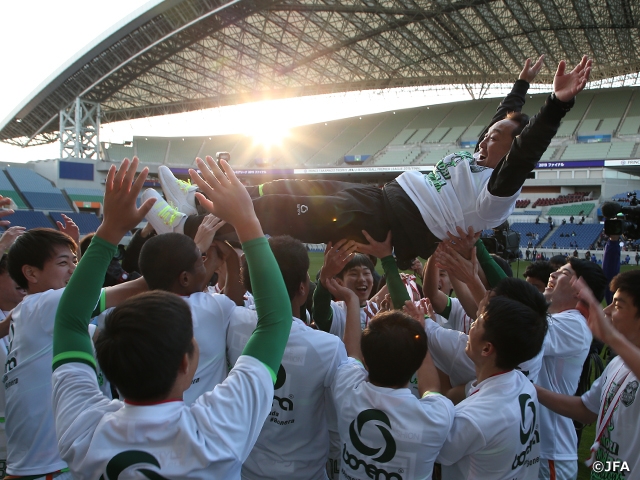