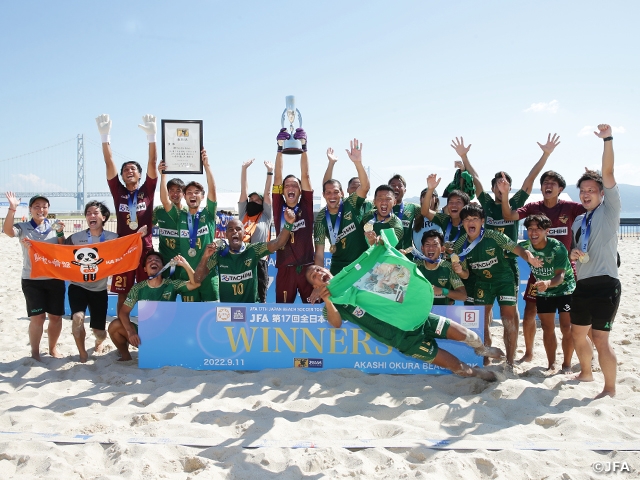 The first match played on this day was the third place match played between Dorsole Yukuhashi (Kyushu2/Fukuoka) and Loewe Yokohama (Kanto2/Kanagawa).

The match started with Loewe taking a 5-1 lead by the 13th minute, but Dorsole rallied back by scoring three consecutive goals to close down the gap. After the two sides exchanged two more goals apiece, it was Loewe who came on top, as the Yokohama side won the match 7-6. 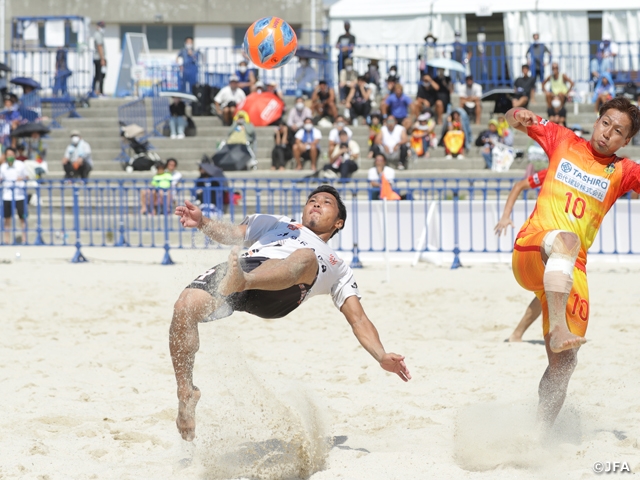 This year’s final featured the same two teams who fought for the title in the previous tournament held in 2019, as Tokyo Verdy squared off against Sol Mar Praia Okinawa (Kyushu1/Okinawa).

Tokyo Verdy, the three time defending champions, scored the opening goal in the third minute, when TANAKA Hayate converted a free kick. The match went into a deadlock for the next 20 minutes, but it was Verdy’s goalkeeper KAWAI Yusuke who broke the silence in the 24th minute, when he carried the ball halfway through the pitch and struck a shot that captured the net. Kawai and Tanaka each scored their second goal of the match in the third period, and after the two sides exchanged a goal apiece in the 34th minute, Verdy won the match 5-1 to claim their fourth consecutive title. 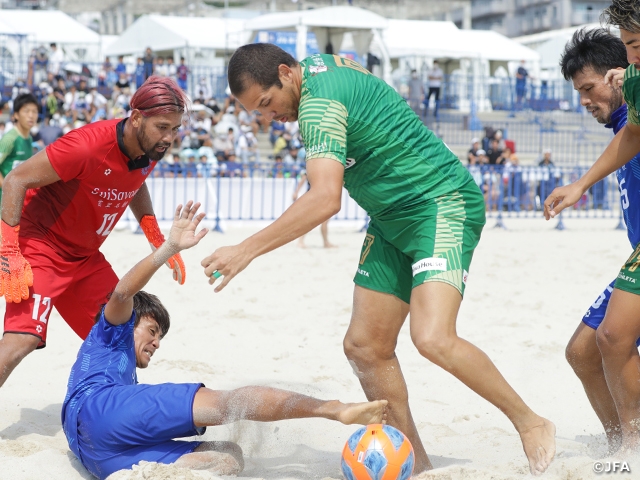 MOREIRA Ozu (Tokyo Verdy BS)
It was very disappointing that this tournament had to be cancelled for the last two years. We are not necessarily training just for these three days, but it is the most important tournament of the year. We train six times a week for a whole year, not just in the summer. I think the fact that we have been training on the cold sand in January has helped us achieve this result. Winning this tournament allows us to believe that we had been on the right track. I am also happy to see that the level of this competition is getting higher and higher each year.

KAWAI Yusuke (Tokyo Verdy BS)
Since this tournament was played in a knockout format, we felt the pressure that we couldn’t afford to lose any match but knowing that we haven’t lost any matches in the previous national competitions, we managed to play with composure and showcase our usual performance. Even when we were behind, we were able to believe in ourselves to overcome the deficit. In spite of the changes in our squad, we will continue to build a competitive team with the aim of becoming the best in the world.

KAWAHARAZUKA Takeshi, Coach (Sol Mar Praia Okinawa)
In this match, we fought with the aim of limiting our opponents’ strong points. However, after playing through four matches with only 10 players in this scorching heat, the accumulated fatigue definitely took a toll on us. We feel really fortunate to have reached the final of this tournament, which was our number one goal of the season. We will try to make the most of this experience and continue to work hard, so that we can say that “this loss have made us a better team,” when we come back to win the title in the future.

GINOZA Tomoya (Sol Mar Praia Okinawa)
Tokyo Verdy were very strong and skilled. We have trained and prepared for this match all year, and although some aspects went well, they were simply the better team. We might have had a chance if we managed to keep their lead within a goal or two, but we couldn’t hold them off. It really felt like we were outmatched, but we just have to stay positive and tell ourselves that we have a new goal to strive for. It's been a long time since I've been in a final myself and I wanted to bring back that trophy to this historic team. We will continue to work hard, so that we can win the title next time.