Close
HOME > Competitions > NEWS > Which team will be able to put a halt to the East and West's continued dominance at the top of the table? - Prince Takamado Trophy JFA U-18 Football Premier League 2022

Which team will be able to put a halt to the East and West's continued dominance at the top of the table? - Prince Takamado Trophy JFA U-18 Football Premier League 2022 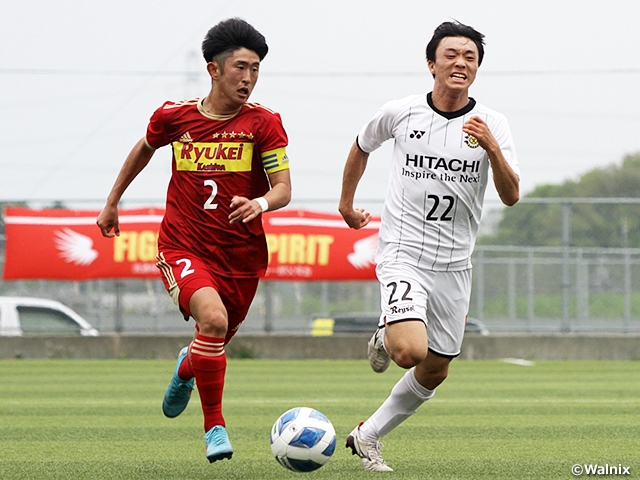 The 14th sec. of the Prince Takamado Trophy JFA U-18 Football Premier League 2022 will take place on Saturday 10 and Sunday 11 September.

In the resumed fixture following the break, Kawasaki Frontale U-18 (Kanagawa) suffered their first defeat after a 12-match unbeaten run since the start of the season. Although they are still firmly in first place, this week's match against JFA Academy Fukushima U-18 (Shizuoka) will be a crucial step towards their championship bid. Their opponents AC Fukushima are in 10th place. In their previous match against Omiya Ardija U18 (Saitama), they conceded three goals after scoring the first goal and lost the match. They will also be looking to regroup the team to earn points against the league leaders.

Ryutsu Keizai University Kashiwa High School (Chiba), who defeated Kawasaki last week, will square off against Yokohama F.Marinos Youth (Kanagawa). Currently on an unbeaten run since the 10th sec., Ryutsu Keizai Kashiwa have raised their rankings to seventh place, and are within three points with the third place team. They will be looking to continue their hot form to move up from the middle of the table. Second-placed Yokohama FM, whose last match was postponed, trail the leaders by five points. It will be interesting to see if they can get within striking distance of Kawasaki F.

FC Tokyo U-18 (Tokyo), who improved to third place, will travel to Gunma to face sixth-placed Maebashi Ikuei High School (Gunma). The Tokyo side are still 11 points behind the leaders with nine fixtures left, and although they are in a tough position, they certainly still in contention for the title. The team will carry their momentum from last week’s come from behind victory over Aomori Yamada High School (Aomori). For Maebashi Ikuei, this will be their first league match since winning the Inter High School Sports Festival. All eyes will be on their defence who conceded only one goal in five matches at the national tournament. 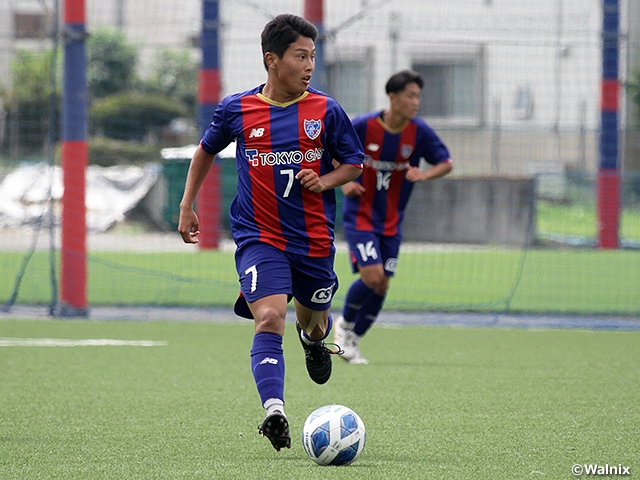 League leaders Sagan Tosu U-18 (Saga) will square off against Ozu High School (Kumamoto) in the Kyushu showdown. Coming off a 4-0 victory over third-placed Shizuoka Gakuen High School (Shizuoka), Tosu have extended their winning streak to four. They will seek to ride this momentum all the way to the championships. Ozu on the other hand, are currently in 10th place. They conceded a late equaliser to miss out on their opportunity to earn three points and are in a desperate mode for points in order to escape the relegation zone.

Second-placed Jubilo Iwata U-18 (Shizuoka) will face 11th-placed Nagoya Grampus U-18 (Aichi). Despite their hot form in the early stages of the season, Iwata have lost two of their most recent matches. After seeing last week’s derby match against Shimizu S-Pulse Youth (Shizuoka) being postponed, this match against Nagoya will be a crucial match to get back on track for the title race. The struggling Nagoya side are currently in the midst of a four-game losing streak. The team has been kept scoreless in all four matches, and their fate depends on the performances of their two strikers USUI Seiryo (#8) and TOYAMA Yuto (#9). 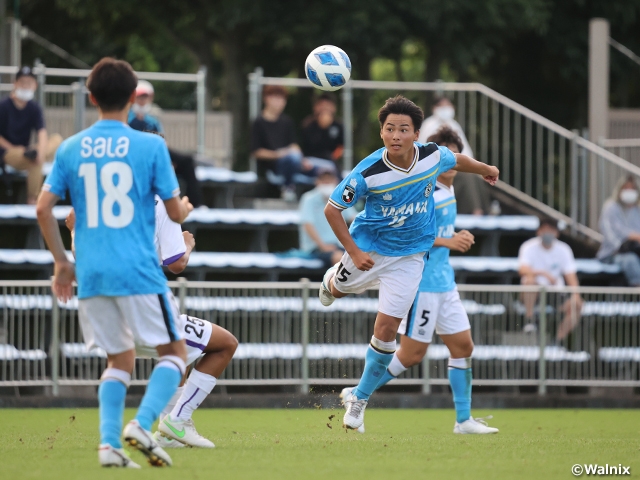 The match between third-placed Shizuoka Gakuen and seventh-placed Sanfrecce Hiroshima FC Youth (Hiroshima) is another enticing card. Despite their early success at the beginning of the season, Shizuoka Gakuen have slowed down significantly since June. They currently trail the league leaders by 10 points and are in desperate need to get back on their winning ways to keep their title hope alive. In contrast, Hiroshima started the season with a six-game winless streak, but have found their form lately, as they hold a five-game unbeaten streak since the eighth sec. Following last week’s 2-1 victory Riseisha the Hiroshima side will seek to jump up the rankings with their hot form. 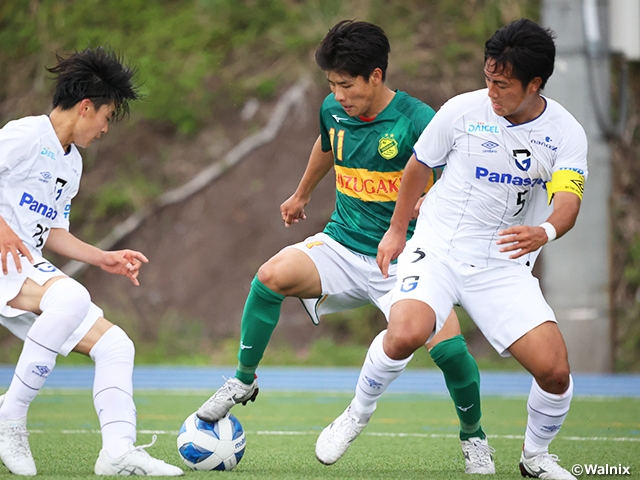 Elsewhere, Higashi Fukuoka High School (Fukuoka) will face Gamba Osaka Youth (Osaka), while Vissel Kobe U-18 (Hyogo) will play Cerezo Osaka U-18 (Osaka). The match between Riseisha and Shimizu has been postponed.

Archive
Competitions
HOME Competitions NEWS Which team will be able to put a halt to the East and West's continued dominance at the top of the table? - Prince Takamado Trophy JFA U-18 Football Premier League 2022