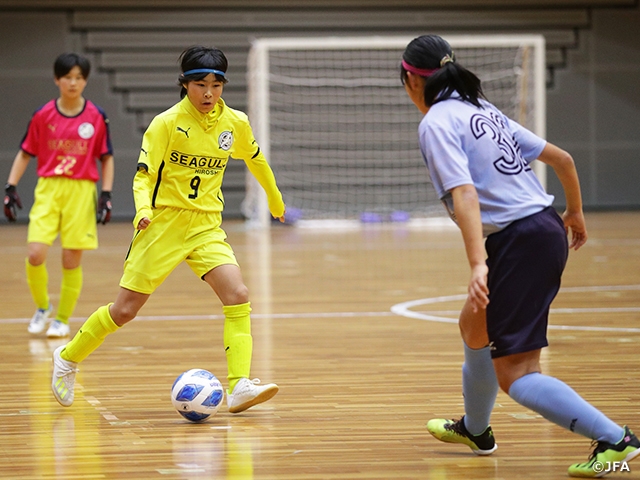 The JFA 12th U-15 Japan Women's Futsal Championship is about to take place at Sun Arena (Mie) on Sunday 9 and Monday 10 January.

Nine teams from nine different regions will compete in this competition. Only two teams have qualified for two consecutive tournaments, which shows how difficult it is to get through the regional qualifiers. On the first day of the competition, the nine teams will be divided into three groups of three teams to play the first round. On the second day, the first place team from each group and the team with the best result among the second place teams will advance to the final round, where the winner will be decided in a knockout format. 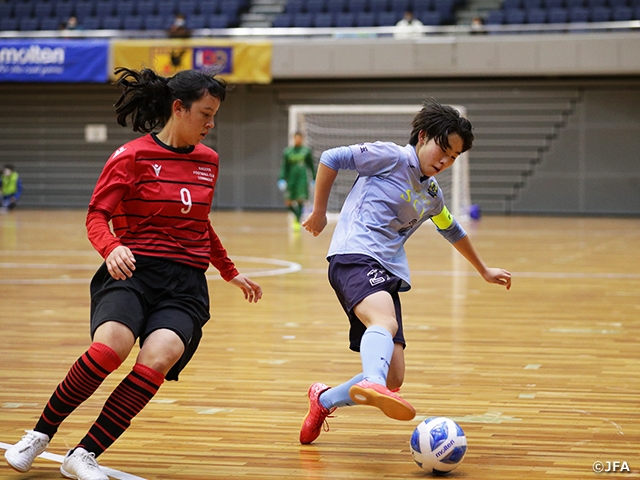 Group A consisted of NGU Loveledge Nagoya Statice (Tokai/Aichi), who have produced many players for the Japan Women's National Team, Kyoto Seika Gakuen Junior High School (Kansai/Kyoto), who are making their second appearance in five years, and Club Fields Linda (Hokkaido), who have reached the semi-finals four times.

In Group B, AIC Seagull Hiroshima Ladies (Chugoku/Hiroshima), who have finished third in three consecutive tournaments, Libero Tsugaru SC Fiore (Tohoku/Aomori), who are making their first appearance in the national tournament, and Nagaoka Joias (Hokushinetsu/Niigata) will be competing for a place in the final round.

Although there are only a few teams competing for the first time, Jumonji Junior High School is the only team that has won this tournament before. Will there be a new champion crowned, or will Jumonji Junior High win their fourth title? Please stay tuned for this tournament, which has produced many players who have gone on to excel in the world of women's football and futsal in Japan. 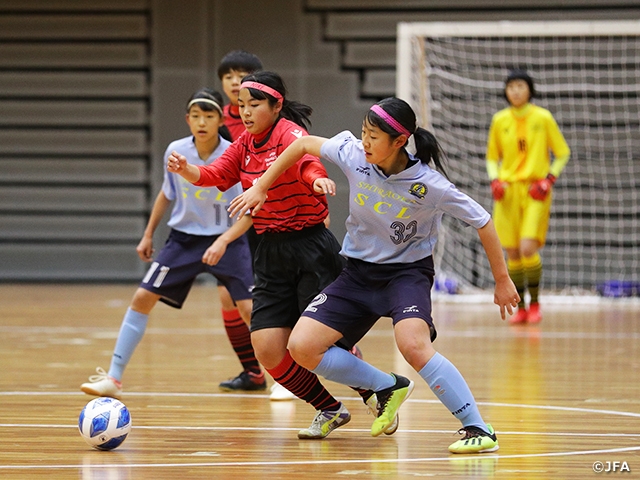