Cerezo Osaka eliminated from ACL at the round of 16 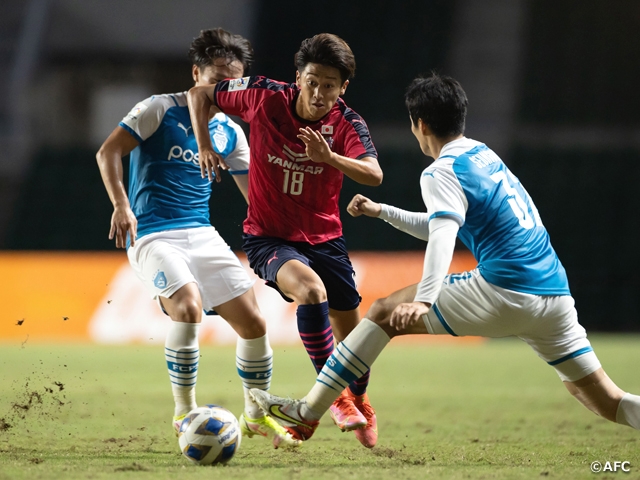 On Wednesday 15 September, Cerezo Osaka played their first match of the AFC Champions League (ACL) 2021 knockout stage, where they faced FC Pohang Steelers (Korea Republic) at home. The Osaka side fell short from reaching their first ACL quarterfinals in 10 years, after losing the match 0-1.

With this result, Nagoya Grampus became the only Japanese club remaining in the tournament, as they are set to play in the quarterfinals on Sunday 17 October. If they win, it will be their first appearance in the ACL semi-finals since the 2009 tournament. The fixtures of the quarterfinals will be determined at a drawing ceremony held in Kuala Lumpur on Friday 17 September.

After advancing through to the round of 16 as the leader of Group J, Cerezo faced Pohang, the runners up of Group G, at home. With KIYOTAKE Hiroshi and SAKAMOTO Tatsuhiro among the players side-lined with injuries, Cerezo started INUI Takashi who made his return from Spain this summer, Australian international Adam TAGGART, and Brazilian defender TIAGO, but struggled to create chances after a slow start.

For Pohang, this was their first appearance in the ACL knockout stage in seven years, as they sought for their first title since 2009. The Korean side showcased great aggression in both offence and defence, as they effectively utilised the width of the field to create opportunities with KANG Sang-woo and KIM Ryun-Sung working the left, and Colombian winger PALACIOS penetrating the right flank.

With the Korean side taking the initiative, Cerezo started to play passively in the first half, as they were kept in their own territory for a long stint. Despite the fine saves made by goalkeeper KIM Jin-hyeon, the home side conceded the opening goal in the 25th minute, when LEE Seung-mo converted a corner kick to give Pohang the lead. 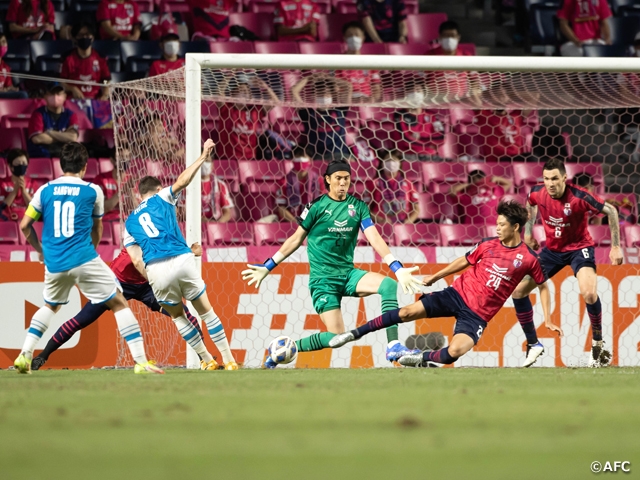 In efforts to rally back, Inui carried the ball in the left side before sending the ball to MATSUDA Riku, who struck a shot in front of the goal, but his attempt was blocked by the opposing goalkeeper. Soon afterwards, Matsuda delivered a cross that found Taggart in the centre, allowing the Australian striker to fire a header, but his effort failed to capture the target.

Pohang came close to scoring their second goal in the 34th minute, when SIN Jin-ho intercepted a pass, carried the ball upfront before sending the last pass to KVESIC who broke into the box to face the goalkeeper, but the Cerezo defence were able to cover up and evade the threat.

The second half saw Cerezo rallying back, as coach KOGIKU Akio mentioned that the players went over their positionings during halftime to stay on the same page. With the players showing more aggression, the Osaka side generated momentum in their offence, as Inui, Taggart, HARAKAWA Riki, and FUJITA Naoyuki combined with each other to create chances upfront. 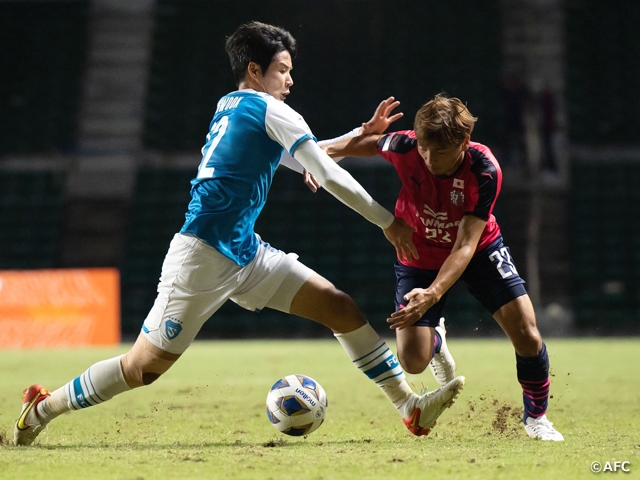 In efforts to add layers to their offence, coach Kogiku brought in NISHIKAWA Jun and KATO Mutsuki in the 65th minute, followed by OKUBO Yoshito in the 75th minute. NAKAJIMA Motohiko was also introduced late in the match.

Despite the final efforts showcased by Nishikawa, TORIUMI Koji, and Nakajima, Cerezo fell short from scoring the equaliser, losing the match 0-1. 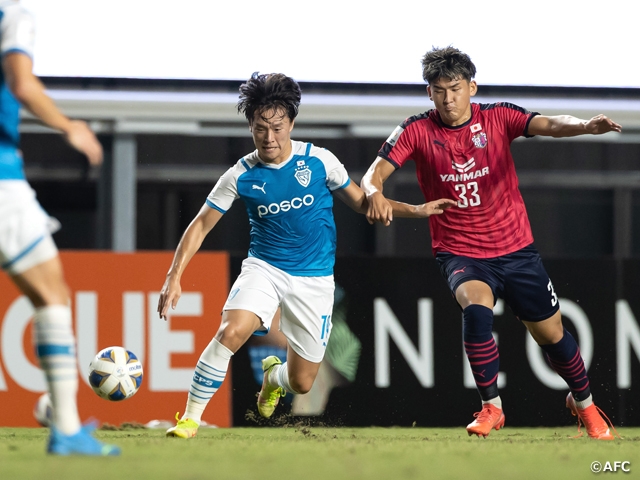 KOGIKU Akio, Coach (Cerezo Osaka)
We knew entering the match that how we control the match will be the focal point, but we struggled to find our rhythm in the early minutes, which left us in the defensive end for the most parts of the first half. We did manage to take control of the match after conceding the opener, as we saw more chances created in the second half, but our efforts were not enough to tie the match. We were reminded of how high the intensity level can be in an international match. It allowed our younger players to gain a precious experience, but we must make sure to learn from this experience to improve ourselves in the future. This match and the three weeks we spent in Thailand, where we competed in the group stage in a bubble, will become a priceless asset for us. We must not forget this loss and continue to strive for a higher level. This tournament really reminded us that the level of competition is rising in Aisa. We will continue to make efforts so that we can make our return to this wonderful tournament.

GK KIM Jin-hyeon (Cerezo Osaka)
We really didn’t want to concede from a set-play, so it was very disappointing. Our opponent was very well organised in defence, but we had to do a better job in possessing the ball to create more chances. (Facing a team from the K.League) I might have been more fired up than usual, but at the end, this was just another match for me, so I approached the match the same way as all other matches.

Kim Gi-dong, Coach (FC Pohang Steelers)
Although we didn’t see many goals scored in this match, I think we were able to showcase a spectacular match with Cerezo, so I am very proud of this outcome. Both teams created many close opportunities. We knew this was going to be a tough away match, so I told my players to think that the fans are all rooting for you. The players did a wonderful job. Although we struggled against our opponent’s high pressure at first, we managed to make the adjustments to showcase a great match. We hope to take on one match at a time to make a deep run.