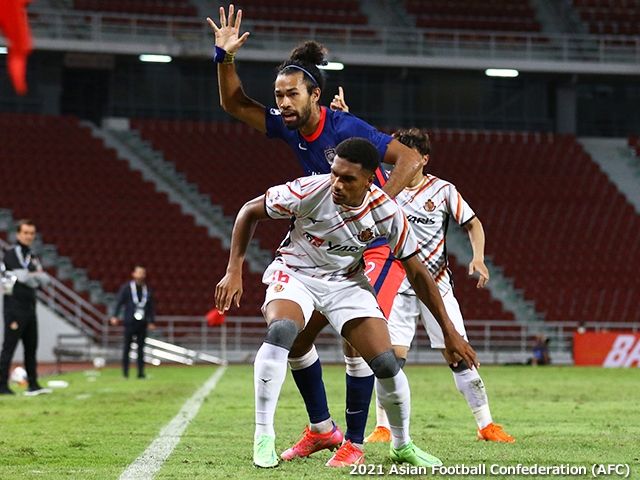 After finishing third in the J.League last season, Nagoya have earned their fourth ACL appearance, which is their first in nine years. In the early minutes of the match, MATEUS penetrated the right flank to create a close opportunity but failed to capitalise. Despite their early efforts to take the initiative, Nagoya struggled with the hot and humid weather and deep grass, as they started to play passively against the Malaysian side.

In efforts to change the dynamics of the match, SOMA Yuki, who was recently named into the U-24 Japan National Team ahead of the Tokyo Olympics, collaborated with YOSHIDA Yutaka to break through the left flank and struck a shot in the 19th minute.

JDT on the other hand, were forced to withdraw from last year’s ACL, due to the travel ban enforced by the Malaysian government, giving them extra motivation to make a deep run this year. With the club coming off a season where they claimed their sixth consecutive Malaysia Super League title, JDT showed great intensity in offence, as BERGSON and Arif AIMAN created numbers of opportunities to threaten the Nagoya goal. 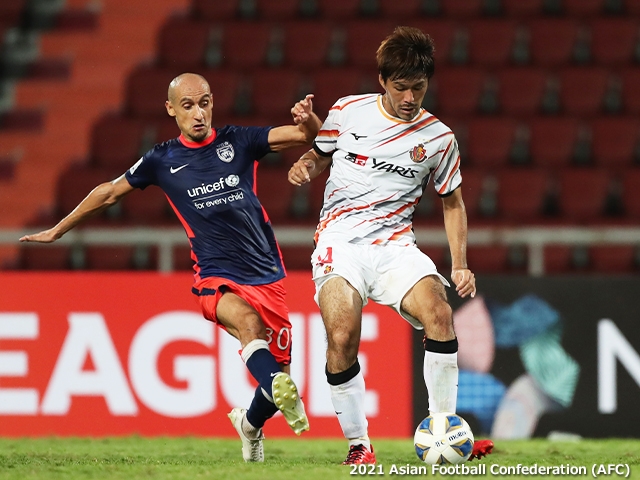 With his side being kept scoreless at halftime, Nagoya’s coach Massimo FICCADENTI gave a pep-talk to his players, “Stay patient. Our opportunity will come.”

Encouraged by their coach’s words, Nagoya started to gain momentum in the second half. In the 56th minute, an opportunity was created when Mateus delivered a cross from the right side, allowing INAGAKI Sho to strike a shot off a deflection. Another chance was created soon after, this time Soma setting up the shot for Mateus, but both attempts failed to capture the target. JDT also had their moment in the 58th minute when Bergson received the ball just outside the box and fired a shot.

After the two sides exchanged some close opportunities, the deadlock was broken in the 60th minute. The play started when NARUSE Shumpei responded to a cross sent by Mateus to take a shot. YAMASAKI Ryogo made a run in front of the goal to collect this ball and drop it back to Abe, who slotted the ball into the net with his right foot. 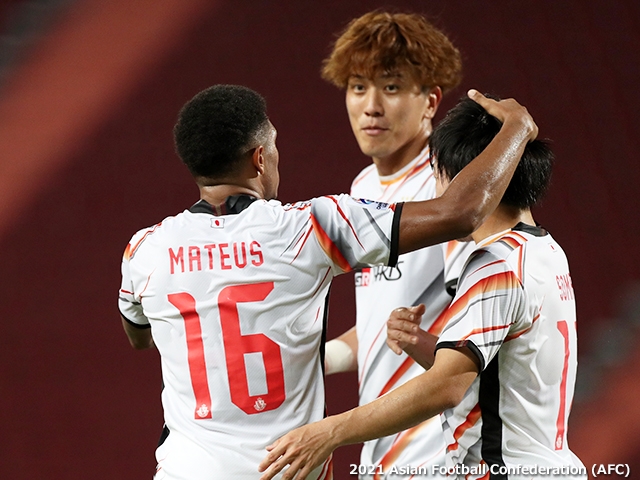 With his team taking the lead, coach Ficcadenti made changes to the line-up, bringing in former member of the Japan National Team KAKITANI Yoichiro, followed by MIYAHARA Kazuya, NAGASAWA Kazuki, and MAEDA Naoki. By adding fresh legs to the field, Nagoya continued to create opportunities in the closing minutes, threatening the opposing goal from a counterattack in the 76th minute, followed by Kakitani’s one-on-one against the GK in the 82nd minute, but the team fell short from scoring the second goal.

JDT seemingly scored the equaliser during additional time, as the header struck by Bergson found the back of the net of the Nagoya goal, but the play was called back due to a foul committed before the play, as a result, giving Nagoya a 1-0 victory in their first group stage match.

Nagoya will now face FC Pohang Steelers (Korea Republic) on 25 June. With Pohang winning their match against Ratchaburi FC 2-0, the Korean side will enter the next match as the group leader of Group G.

Continuing from last year, the ACL has changed its tournament format in response to the spread of COVID-19. Matches at the East region will be played in a bubble until 11 July, as a total of eight teams, the winners of each group and three best runners-up, will advance to the knockout stage.

From Japan, Cerezo Osaka will be playing their first group stage match at Buriram Thailand on Thursday 24, while Gamba Osaka and Kawasaki Frontale will start their action at Tashkent, Uzbekistan on Friday 25 and Saturday 26 respectively. 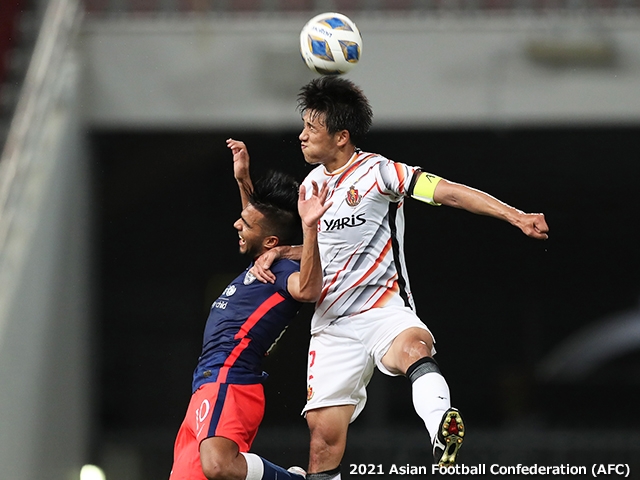 Massimo FICCADENTI, Coach (Nagoya Grampus)
We knew this was going to be a tough match for us. However, despite the hot weather and rough pitch condition, our players managed to keep their focus and played very well for the entire 90 minutes. While both sides played to erase each other’s strong points, it was great to see our players keep their composure and capitalise on the opportunity without risking too much. The players understood the significance of this match and knew how to approach it. We will now face Pohang, who is a very good team. I saw how they played today, so I have a good idea on how they would play against us, but more than anything, we must focus on our own game. I will assess the players’ conditions before making any decisions ahead of our next match.

ABE Hiroyuki (Nagoya Grampus)
It is very hard to earn points at any given tournament, so I am very happy that I was able to score a goal that contributed to our team’s victory. I am glad we were able to earn three points today.