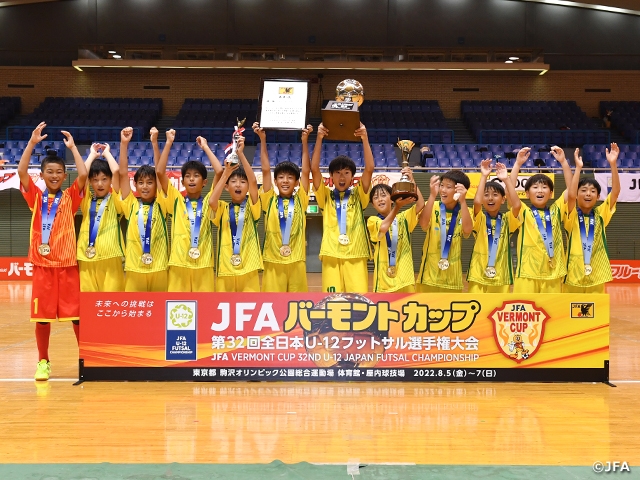 The JFA Vermont Cup 32nd U-12 Japan Futsal Championship reached its final day of competition on Sunday 7 August, which saw Brincar FC (Aichi) crowned as champions. Although the tournament was not held for the past two years due to the pandemic, Brincar FC, who won the title in the previous edition of the tournament in 2019, became the first team to repeat as champions.

Three of the four quarterfinal matches were decided by two goals or less, and the closest match was between Mario Futsal School (Shizuoka) and Regalo FC Yamaguchi (Yamaguchi). Following an intense first period, where the two sides scored a total of five goals, a scoreless second period saw Mario Futsal School advance to the semi-finals with a 3-2 victory.

Vissel Kobe U-12 (Hyogo) showcased a dominating performance leading up to the final, as they scored nine goals, including the hat-tricks of YAMASHITA Masato and ASADA Ren, in the quarterfinals, before defeating two time Vermont Cup champions Konan Minami SSS (Saitama) 4-1 to reach the final along with Brincar FC.

It was Brincar who took the initiative in the final, as KATO Takeru scored the opening goal in the first minute, followed by the goal of NAKANE Keisuke in the second minute to take full control over the Kobe side. 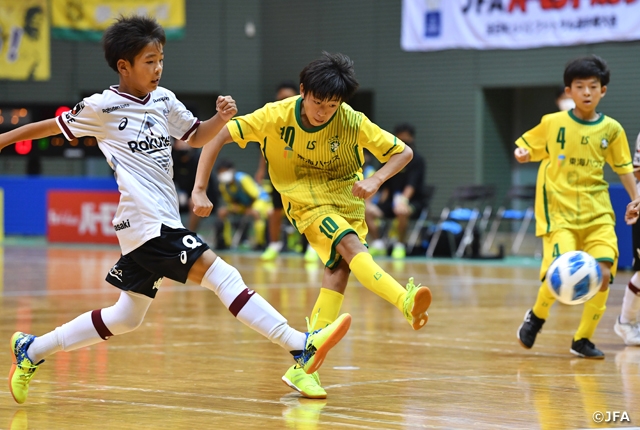 In efforts to change the dynamics of the match, Vissel Kobe tried to create chances through their pass-work, but couldn’t find ways to break down Brincar, who showed excellent competitiveness, intensity, and teamwork to keep the Kobe side at bay. At the time Kobe finally scored a goal in the 15th minute, Brincar had already scored five goals, as the Aichi side claimed the U-12 futsal title in dominating fashion, winning the match 6-1. 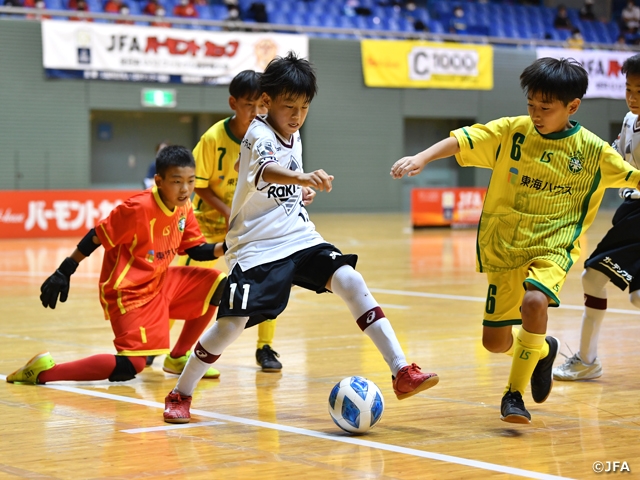 FURUI Shunpei, Coach (Brincar FC)
We were not able to strengthen the team as much as we would have liked, due to the pandemic. With the help of many people, including our alumni, we were able to keep the fire of futsal alive by organising and hosting tournaments to improve our competitiveness, while also keeping in mind that there must be stronger teams out there. Winning this tournament feels too good to be true. The Vermont Cup is a competition that opens doors to the future, so I would like to see it continue in the future.

NAKANE Keisuke (Brincar FC)
I think we were able to win this tournament because we have always practised with high intensity, persistent defence, and lots of shooting drills. As a team, we talked about doing our best on behalf of our senior members who weren't given the chance to compete at the national stage because of the pandemic. There were some areas where we didn't do as well as we could have, such as how we played defensively, so I would give our team a 95 out of 100 for the tournament as a whole. But in the final, I think we played our best game so far.

TSUBOUCHI Shusuke, Coach (Vissel Kobe U-12)
In the final, our opponents played with great intensity level and created many scenes with a numerical advantage. Youth football is played eight-a-side, so it increases the tactical load for each player when we play futsal, which is played five-a-side. If we can get used to playing under this circumstance, we should be able to improve our performance on the football pitch. We must not forget the bitterness we felt and try to make the most of this experience. Fortunately, we have a national football competition scheduled ahead of us, so I hope the players will do their best to make up for their frustrations on the same national stage.

MATSUMOTO Yosuke, Coach (Konan Minami SSS)
We had our prefectural qualifier for a football tournament, so we hadn’t played futsal for nearly two months. Although we were able to find our rhythm as the tournament progressed, we were overwhelmed by Vissel Kobe in the semi-finals. The tension of a national tournament cannot be replicated, so the experience of playing in this atmosphere will be useful to the players after they have left this team. The kids said they were nervous, but that's okay. I hope this experience becomes useful in five or ten years' time.