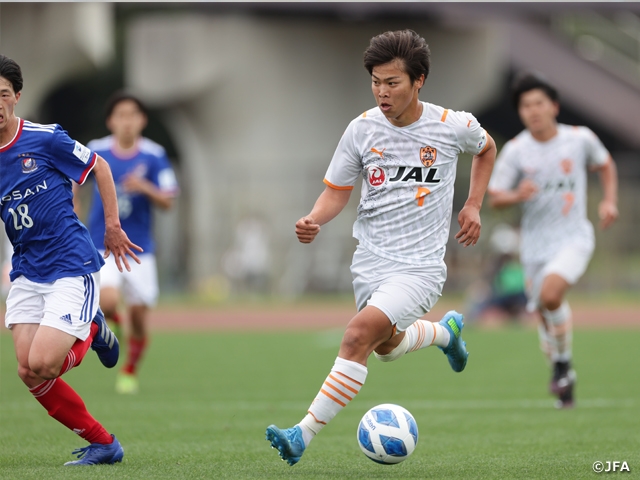 The fifth sec. of the Prince Takamado Trophy JFA U-18 Football Premier League 2021 will take place on Saturday 1 and Sunday 2 May.

At the EAST, Shimizu S-Pulse Youth (Shizuoka) will seek to keep their perfect record intact when they welcome Kashiwa Reysol U-18 (Chiba) to their home. Shimizu’s CHIBA Kanta (#9) will try to extend his streak, as the striker has scored goals in the past three matches. Kashiwa on the other hand, will seek to earn their second win of the season, with TASEI Yusaku (#6) leading both of their offence and defence. 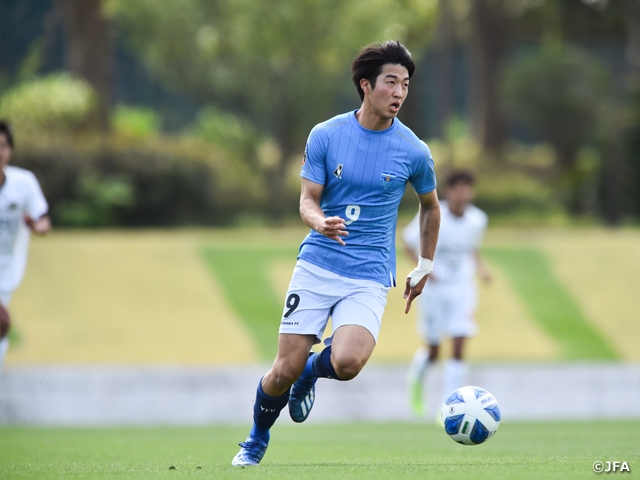 First place Aomori Yamada High School (Aomori) will play a home game against Omiya Ardija U18 (Saitama) who has just earned their first win last week. The Aomori side currently leads the EAST with most goals scored while conceding the least goals, as MIWA Ryohei (#4) will lead the defence to secure another clean sheet victory. 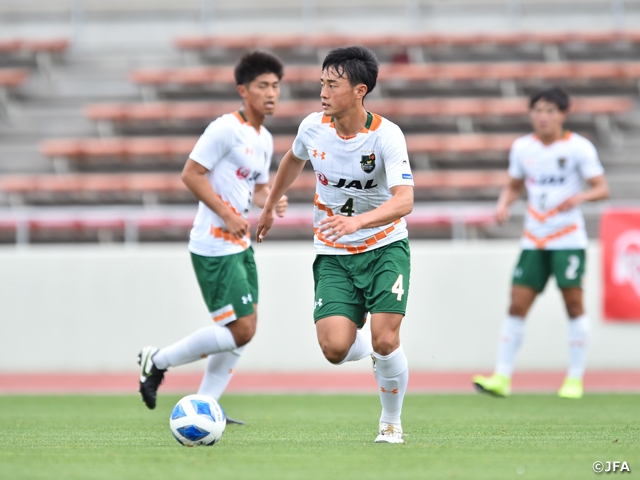 Defence will be the key in the match between Yokohama F.Marinos Youth (Kanagawa) and Funabashi Municipal High School. Both teams have struggled to keep a clean, as they are tied for the most goals conceded this season. It will be interesting to see if either side can walk away with a clean sheet this weekend.

At the WEST, Sanfrecce Hiroshima F.C Youth (Hiroshima) will welcome Ozu High School (Kumamoto) to their home. The attack-minded Hiroshima side currently sits in third place with an undefeated record (two wins and two draws). With KOSHIMICHI Sota (#27) and MORIMOTO Sorato (#11) playing as their wingers, the home side will seek to initiate their attacks from the flanks to secure their third win of the season. The visiting side, Ozu High School, will seek to showcase their composure in defence to keep the match close before they break away in the second half. Their key to success will depend on whether or not they can keep the home side scoreless in the first half. 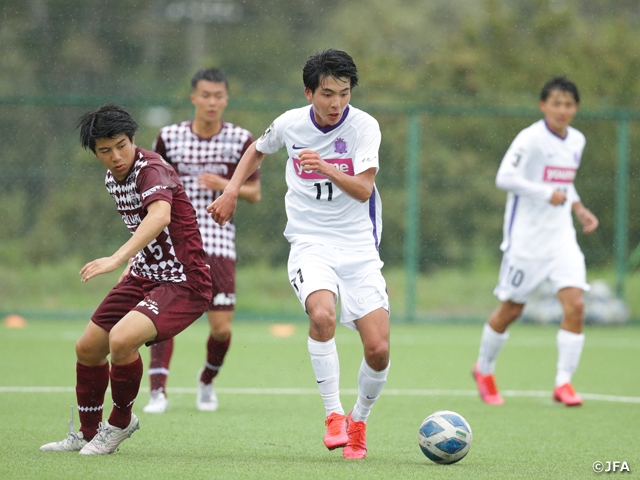 In response to the state of emergency declared in four prefectures, one fixture in the EAST, Ryutsu Keizai University Kashiwa High School (Chiba) vs FC Tokyo U-18 (Tokyo), and four fixtures in the WEST, Kyoto Sanga FC U-18 (Kyoto) vs Sagan Tosu U-18 (Saga), Vissel Kobe U-18 (Hyogo) vs Higashi Fukuoka High School (Fukuoka), Cerezo Osaka U-18 (Osaka) vs Nagoya Grampus U-18 (Aichi), Jubilo Iwata U-18 (Shizuoka) vs Gamba Osaka Youth (Osaka), will be postponed. The new dates for the postponed five matches will be announced in due course.