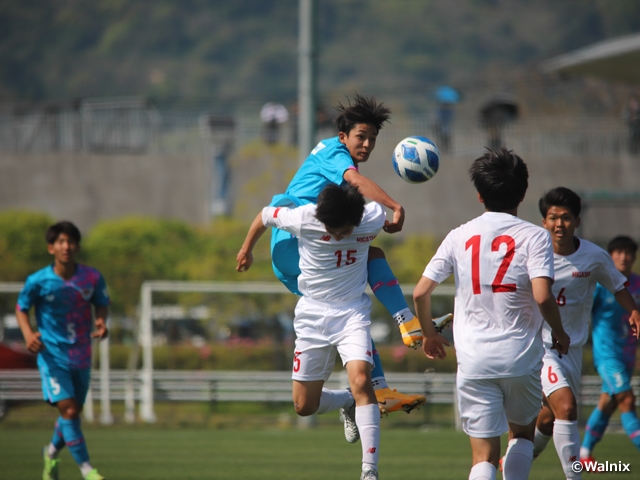 The second sec. of the Prince Takamado Trophy JFA U-18 Football Premier League 2021 WEST took place on Saturday 10 and Sunday 11 April. Sagan Tosu U-18 (Saga), who is entering their first season in the Premier League, squared off against Higashi Fukuoka High School (Fukuoka) in their home opener.

Last week, Sagan Tosu lost to Nagoya Grampus U-18 (Aichi) 0-4 in their first ever Premier League match, as ANDO Toshiki (#3) reflected, “We weren’t able to showcase our usual football throughout the match.” With his side seeking for their first victory, coach TANAKA Tomonori described their mentality heading into the second fixture, “This is our first season in the Premier League. We are the challenger, so we must enter each match with an aggressive approach.”

As FUKUI Taichi (#14) later reflected, “Our opponent kept a high defence line, so we tried to exploit the space behind them,” the Tosu side effectively utilised the width of the field to build their attacks. With OKA Hideki (#4) converting a CK in the third minute, the home side gained momentum and created another opportunity in the 28th minute, when NARAHARA Yoshiki (#8) responded to a delivery sent by TODA Shunpei (#2) to strike a shot, but his attempt was denied by the superb save of the Higashi Fukuoka GK SUDA Junya (#25). However, Tosu converted another CK soon afterwards to extend their lead, as they entered halftime with a 2-0 lead. 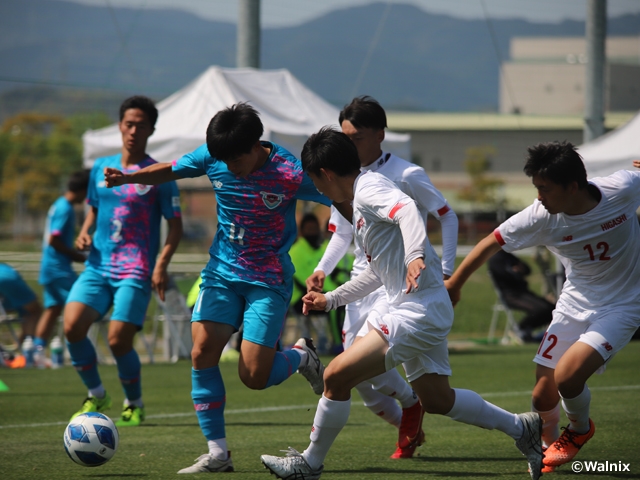 Tosu continued to take control in the second half, as Fukui earned a PK in the 57th minute. With Ando converting this spot kick, the Premier League debutant took a 3-0 lead before the hour mark. 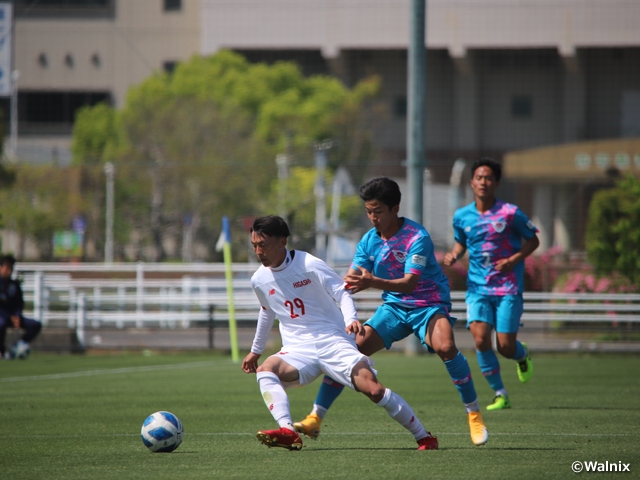 However, the Fukuoka side started to rally late in the match, as Suda later commented, “We weren’t conceding form run of plays, so we were still confident that we can come back.” Although the sharp shot taken by OBUCHI Raijyu (#29) in the 60th minute was saved by Tosu’s GK KURIBAYASHI Hayato (#33), Higashi Fukuoka continued to threaten the home goal as the match progressed. “I had great confidence in my deliveries, so I knew my teammates would score goals if I kept delivering quality balls into the box.” Just as he mentioned, Obuchi went onto assist consecutive goals in the 73rd minute and 89th minute, both from his CKs, but Higashi Fukuoka’s rally ended there, as Sagan Tosu managed to earn their first ever Premier League victory with a final score of 3-2. 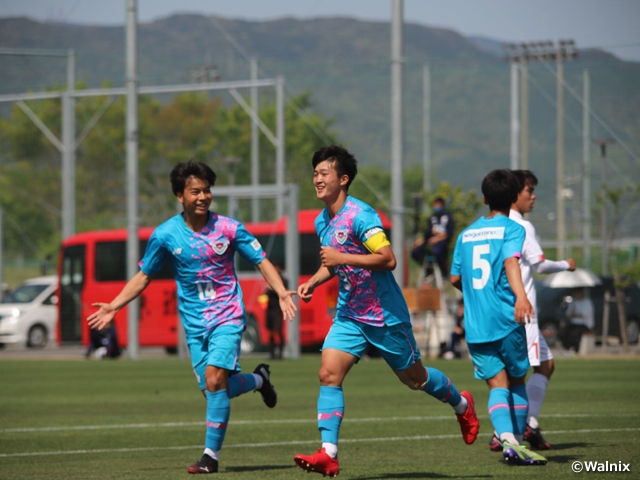 TANAKA Tomonori, Coach (Sagan Tosu U-18)
It was great that we managed to score from our set-pieces, but we also conceded a couple of goals from set-pieces as well. Unlike the Prince League, we are forced to play more minutes in defence, so our patience is being tested. In order to become a team that can score from run of plays, we must play more aggressively in the attacking third while also raising the quality of each play. In order to raise the overall level of this team, we need our players to improve at the individual level.

DF #3 ANDO Toshiki (Sagan Tosu U-18)
We entered the match with the intention to attack the ball and make quick transitions. We were able to execute our game plan in the first half, which allowed us score three goals, but we ran out of gas towards the end and conceded two goals. It was great that we were able take advantage of our set-pieces, but we still need to improve at the individual level so that we can score from run of plays.

MORISHIGE Junya, Coach (Higashi Fukuoka High School)
Our opponent played so aggressively in the first half that they started to cramp up towards the end. In order for us to compete at this level, we need to be able to evade such pressure. I wanted our players to enter this match with the intensity level we showed in the second half of the opening match, but we kept falling behind our opponent in the mental aspect as well. I feel that we could have at least earned a point if we didn’t concede the third goal. On the other hand, we have scored goals in the second half in back to back matches, so we hope to build on those positive aspects and try to win next week.

MF #29 OBUCHI Raijyu (Higashi Fukuoka High School)
I used to play for Sagan Tosu at the junior high school category. The first two goals we conceded were scored by two of my friends who I knew were capable of scoring from set-pieces. I entered this match with the intention to help the team win by scoring goals, and I was confident that I can make the difference for my team. Although I feel like I was able to showcase an okay performance, I wasn’t able to lead my team to victory, so I am disappointed for myself.

Ozu High School (Kumamoto) welcomed Vissel Kobe U-18 (Hyogo) to their home, where KAWAGUCHI Atsushi (#7) scored the only goal of the match to give Ozu their first win of the season. Gamba Osaka Youth (Osaka) claimed the bragging rights in the Osaka derby, as they bagged three goals against Cerezo Osaka U-18 (Osaka) in the second half to secure their victory. Sanfrecce Hiroshima F.C Youth (Hiroshima) continued to showcase their hot form, as they scored three goals against Kyoto Sanga FC U-18 (Kyoto) to mark back to back wins to start off the season. Jubilo Iwata U-18 (Shizuoka) and Nagoya Grampus U-18 (Aichi) shared a point after both sides scored a goal apiece in the first half.