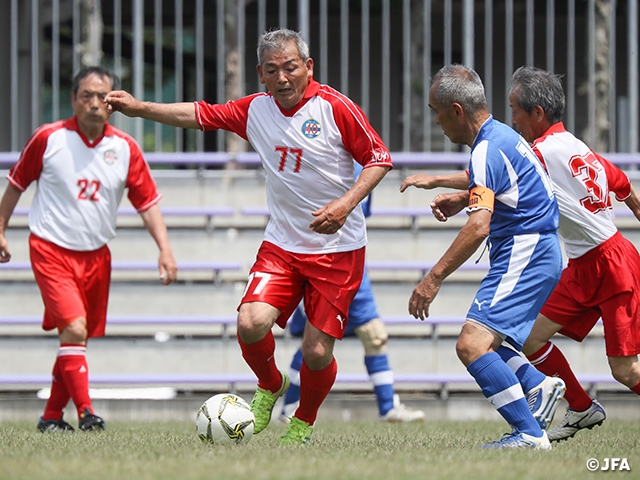 While the 2019 tournament was an “Open Tournament,” this year's tournament will be the first to be held under the title “Japan Football Tournament,” to determine the inaugural national champions of the O-70 category.

Twelve teams selected from nine regional football associations will take part in the tournament, where the teams will be divided into three groups of four teams to compete in a round-robin group stage. The top team from each group, plus the team with the best record among the runners-up, will advance to the final round. 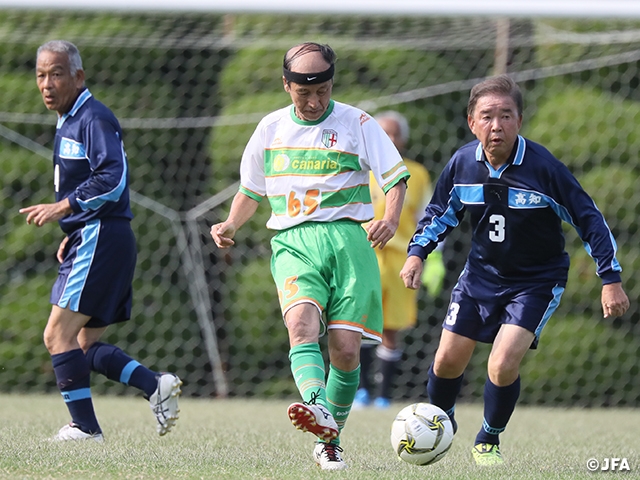 In Group C, Shizuoka Prefecture Select Team O-70 (Tokai/Shizuoka), who came first in their group at the last tournament by showing outstanding attacking power with 11 goals in three matches, are in the group. Shizuoka Select Team have also achieved great results in other senior competitions at the O-50 and O-60 categories and will be looking to claim their first national title.

This year's competition brings together a variety of teams, including regular teams with proven track records and teams competing in their first national competition. Which team will be crowned as the first O-70 national champions? Please stay tuned to find out how the tournament unfolds.