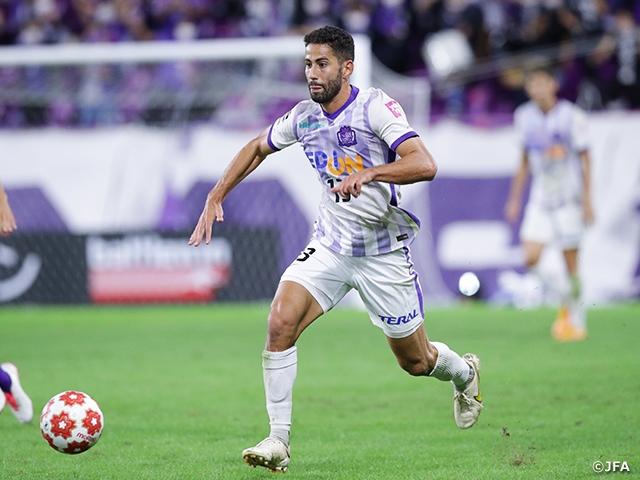 Sanfrecce Hiroshima won after extra time in a closely contested battle that saw the two sides give their all. The decisive goal came five minutes into the first half of extra time, when Nassim Ben KHALIFA responded to the pass of EZEQUIEL to strike a right footed shot into the Kyoto goal. Despite playing through an intense match, Hiroshima showed great energy until the end, as team captain SASAKI Sho later cited his team's “ability to fight hard until the end” as the biggest reason for the victory and said that the football they are playing now is “fun” and fulfilling. 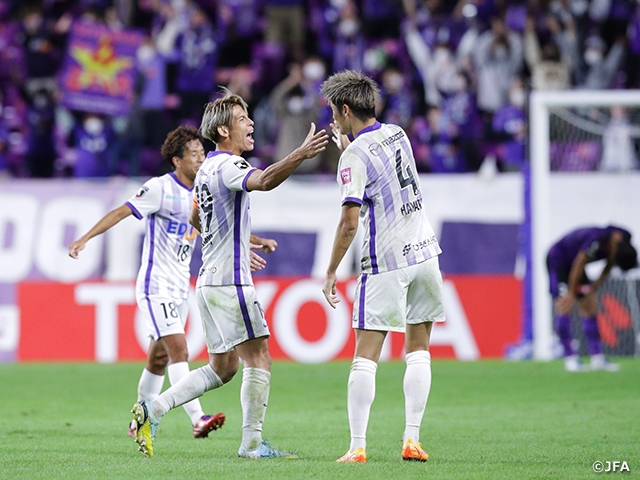 The opening goal came in the 40th minute, when the shot taken by MITSUTA Makoto struck the hand of MENDES inside the box, allowing Douglas VIEIRA to score from a penalty kick. Although this play was reviewed by VAR, the players of Hiroshima did not insist on making an appeal for a penalty, showing their confidence that they would eventually score regardless of this play. This is also shown in the comment made by Khalifa, who scored the decisive goal, “Even if I didn’t score, someone would have scored.”

Since the launch of the J.League, this is the sixth time the team has reached the final of the Emperor's Cup, but they have finished as runners-up on all five previous occasions. Showing his determination to win the club’s first Emperor's Cup title since their predecessor, Toyo Kogyo, won in the 49th edition, Sasaki commented, “We are fully committed to winning the title.”

Backed by the home crowd, Kyoto Sanga FC came back to equalise the match with the goal scored by ISMAILA in the 79th minute. Despite their courageous fight, the Kyoto side who are in the midst of a relegation battle in the J1, fell just short of reaching the final, as coach CHO Kwi Jae mentioned, “I really wanted to let our team win this match.” 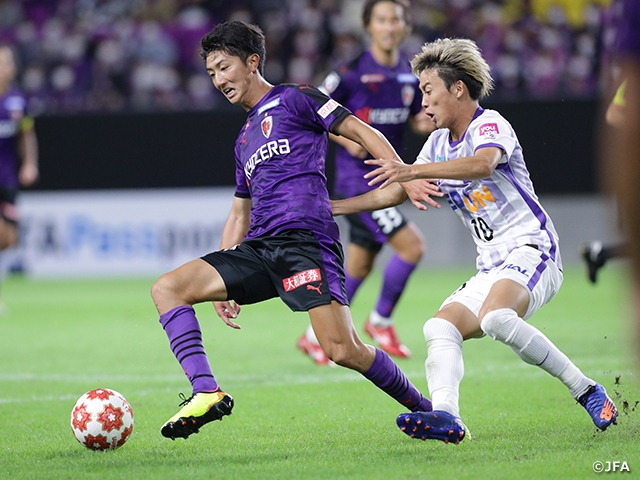 Michael SKIBBE, Coach (Sanfrecce Hiroshima)
It was an extremely long cup match. We fought hard and I think Kyoto gave their all too. It was a fitting match for the Emperor’s Cup semi-final, and we showcased a performance that deserved to win. We created many chances, but our opponents also created lots of opportunities from counterattacks. The substitutes understood their roles and gave their best efforts to execute their plays, which helped us score that last goal.

Nassim Ben KHALIFA (Sanfrecce Hiroshima)
We are exhausted, but it is a good feeling. Even if we reach the final, nobody will remember us unless win the title, so we hope to win one more match. When Ezequiel had the ball, I had a feeling that he would create a chance. I was anticipating a pass like that, so when the ball came to me, I was ready to take a diagonal shot.

CHO Kwi Jae, Coach (Kyoto Sanga FC)
Despite the short preparation period, the players did well to contain the opponents while controlling the match in our pace. It was a very aggressive match that struck a chord with those watching, and I wanted to let them win because it was an inevitable match, not a fluke. We were able to showcase our own style of football until the point where we made substitutions to score the equaliser, but at the end, Hiroshima was one step ahead of us.

ISMAILA (Kyoto Sanga FC)
The equaliser came when the return pass to Araki deflected off the opponent and bounced in front of me. Although I scored the goal, it came from a total team effort, and it was a very dynamic goal. We did our best as a team, but the result was not what we expected. I really want to thank our supporters. I wanted to give something back for all of their support they have given us, but I hope we can continue to fight together. 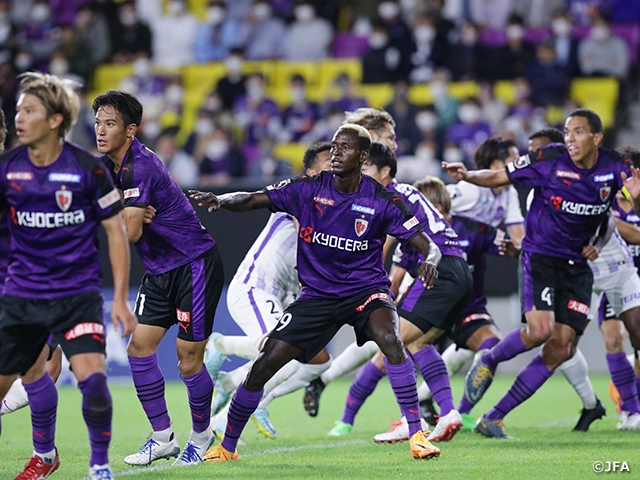