After five strong years, Coach Bruno GARCIA finishes his tenure as the coach of the Japan Futsal National Team 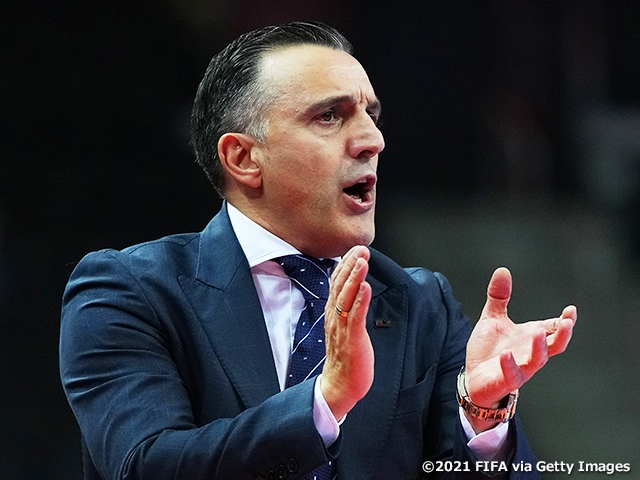 On Monday 25 October, Japan Football Association held an online press conference, where coach Bruno GARCIA, who has led the Japan Futsal National Team for five years since taking office in October 2016, shared his thoughts on his tenure.

Chairman KITAZAWA Tsuyoshi of the JFA Futsal Committee, who was also present at the conference, looked back on the five years and thanked coach Garcia for his professionalism and the results he has achieved after taking over the Japanese side who had just missed out on qualifying for the World Cup. Chairman Kitazawa also highlighted that coach Garcia’s contribution was not limited just to the futsal community, but the Japanese football community as a whole.

Following the introduction, coach Garcia summed up his five years in Japan with “pride” and “gratitude,” saying he was proud of the work he had done and the legacy it would leave behind in the Japanese futsal community. He then expressed his gratitude to all those who supported the work of the national team and his life in Japan.

Coach Bruno Garcia was appointed as the coach of Japan Futsal National Team in October 2016, succeeding fellow Spaniard, coach Miguel RODRIGO. In February of the same year, Japan missed out on qualifying for the World Cup, and in order to rebuild the despairing Japanese futsal team, he started to discover new players, especially young players, and worked hard to integrate them with the veterans while also polishing the team’s weapons. As a Judoka who used to aim to compete at the world stage, coach Garcia fully understood that the Japanese people value diligence and discipline, which led him to pursue a Japanese futsal style. While away from international competitions for more than a year and a half due to the Covid-19 pandemic, coach Garcia worked with the players to refine their “defence,” a weapon that takes advantage of the strengths of the Japanese players and solidified it to the point where the players felt confident even when facing powerful countries before the World Cup.

Chairman Kitazawa praised coach Garcia not only for his coaching skills, but also for his network in the futsal world. While taking into account of coach Garcia's position that “he has already received several offers,” the chairman mentioned that he would love to continue their relationship in various ways. 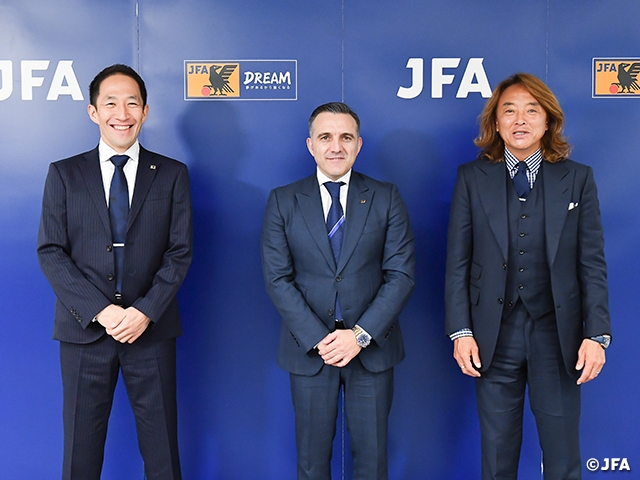 KITAZAWA Tsuyoshi, Chairman
The Bruno regime, which started in 2016, was originally planned to last four years, but with the World Cup being postponed for a year, it will come to an end after five years. Coach Garcia made the players feel proud of being a member of the national team, nurtured confidence, and prepared them to take on the matches with determination. He also incorporated the idea of unity into the team by valuing each encounter. He may be a great coach, but he is an even greater human being, and he has instilled civility, discipline, commitment, and respect to the current team. The Bruno regime fixed the damage we incurred after missing out on the FIFA Futsal World Cup Colombia 2016™ and showed us what Japan was capable of doing at the world stage. In addition to his role as the national team coach, he was also involved in the promotion and development of the sport, as well as the development of futsal coaches. By working together on the mission of training Japanese coaches, coach Garcia has helped the futsal and football worlds evolve in every way over the past five years. Thank you very much coach Garcia.

Bruno GARCIA, Coach
If I were to summarise the past five years, it would be two words, “proud” and “grateful.” I am proud of the fact that we were able to participate in the World Cup and stand on the podium in Aisa, which were the team’s goals since I took over in 2016. I am also proud of the fact that we were able to put up a strong fight against the world powerhouses in the World Cup, such as Spain, Brazil, and Paraguay. Legacy is another thing. I am proud of what we will leave behind through our activities. The game model, team spirit, initial plan, how we built our team with an identity, and the fact that we have been able to work hand in hand with the F.League clubs, management, coaches, and other members of the coaching staff. I believe all of these will be our legacy. If I was able to support the Japanese futsal community in anyway, I am also proud of that. By sharing our knowledge with the staff members of the national team and other people involved in coaching and player development in the F.League, we were able to work together to develop and train our players. I strongly believe that this whole cycle brought us closer to having a Japanese coach lead the Japan Futsal National Team. Another thing that I am very proud of is how we managed to strengthen the players while also maintaining balance in the age groups. We have been able to improve the composition of the team, which was not necessarily ideal at the beginning, as we have young talents, mid-career talents, and veterans to lead the team now. 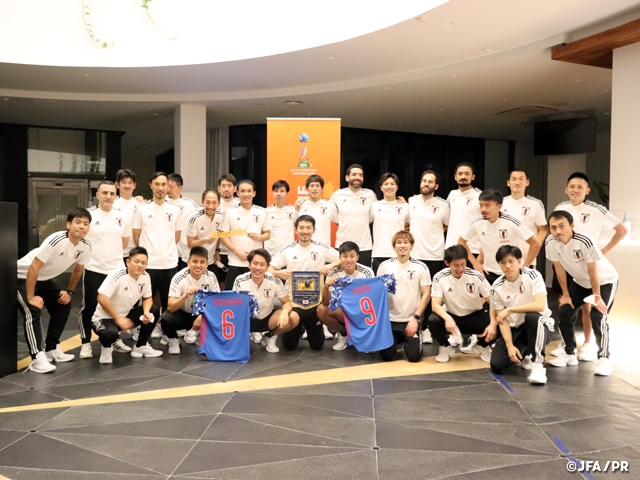 Finally, as for the players, I would like to thank all of them, not only those who have competed in tournaments and international matches with us, but also those who have helped us strengthen the national team along the way. I am sure that the players will continue to work towards the goal of joining the national team and competing in official tournaments, and I believe that their efforts will get paid off in some way, so I hope that they will continue to do their best. I would also like to thank the staff of the national team and all of my colleagues who have directly supported and driven this team over the past five years.

And last but not least, let me add another word of gratitude that I should not forget about. I would like to thank the people of Japan. Not only as a national team coach, but also as an individual with my family, as I have received a lot of help, advice, and support during my time in Japan. Because of you, I was able to spend a pleasant and comfortable time here in Japan. Thank you very much. 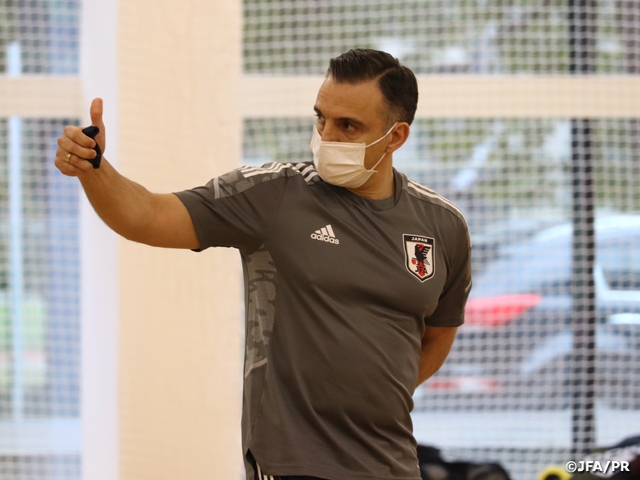 [an error occurred while processing this directive]
Futsal
HOME Futsal NEWS After five strong years, Coach Bruno GARCIA finishes his tenure as the coach of the Japan Futsal National Team