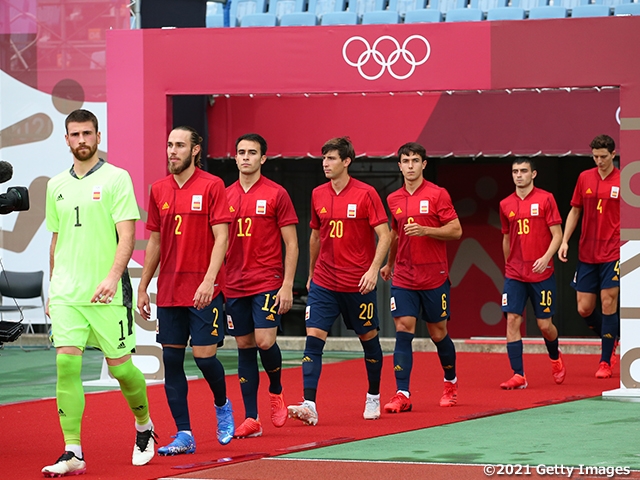 The semi-finals of the Games of the XXXII Olympiad (Tokyo 2020) men's football tournament are about to take place on Tuesday 3 August. At Saitama Stadium 2002, the U-24 Japan National Team is scheduled to face the U-24 Spain National Team, while Brazil and Mexico are about to square off at Ibaraki Kashima Stadium.

Barcelona 1992 was the first Summer Olympics in which the men’s football tournament was competed by U-23 teams, and it was the year Pep GUARDIOLA led the Spanish side to win the gold medal on their home turf. Spain also won silver at Syndney 2000 with a team consisting of players like Carles PUYOL and Xavier HERNANDEZ, who later became the core members of the Spain National Team who won the 2010 FIFA World Cup South Africa™. As a country, Spain is dedicated to winning the Olympic competition, as this year’s squad consists of six players who featured the UEFA EURO 2020, making them a strong contender for the gold medal in Tokyo.

The team is based on the players who won the 2019 UEFA European Under‑21 Championship, which served as the Olympic qualifiers. Although this tournament was targeted for players who are a year older than those who qualify for the Olympic regulations, Spain elected to bring three players from this category as their over-age players. By selecting players who are familiar with each other, the Spanish side has no issues building the team chemistry ahead of the Olympics.

After advancing through the group stage in first place, Spain faced Cote d'Ivoire at the quarterfinals on Saturday 31 July. Despite conceding the lead during additional time of the second half, Rafa MIR, who was brought into the match after this goal, scored the equaliser to send the match into overtime, where they scored three goals to win the match 5-2. 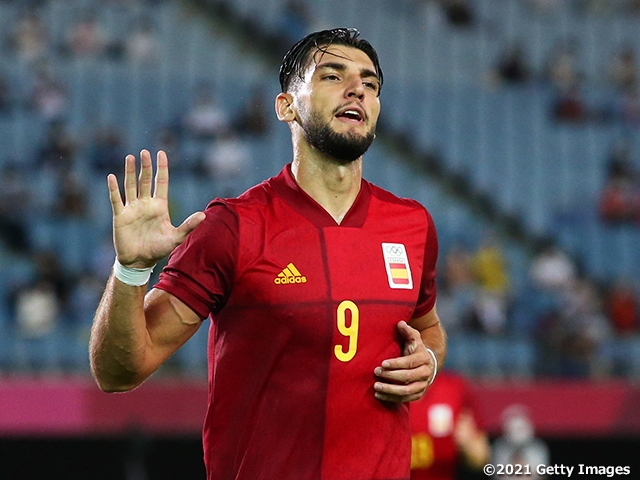 The two sides have faced each other in the KIRIN CHALLENGE CUP 2021, which was held just prior to the Olympics, where they drew 1-1, giving both sides a good idea of what they are about to face.

“We played against them prior to this tournament and the squad has not changed since. They left a strong impression that they are a strong team” said MIYOSHI Koji, who also mentioned, “Some of their players are playing through this competition in the hot weather after participating in the EURO, so they must be fatigued by now.”

Miyoshi, who has been used as a late substitute in the recent matches, shared his take on the upcoming match, “This will be an all-out battle between the two sides. From the starting eleven to the reserve players, the overall strengths of the team will be tested.”

Japan held a training session on Sunday 1 August, where the players who featured the quarterfinals trained separately to go through a light session to monitor their conditions, while the eight players who didn’t play or played for a limited time participated in the full-on training. SUZUKI Zion and SEKO Ayumu, who have not made the 18-man roster thus far, played with great intensity while MAEDA Daizen struck sharp shots that pierced the corners of the goal, making a strong case for themselves for the upcoming matches.

DOAN Ritsu, who scored the opener against Spain in their last encounter, shared his take for the match, “Tani and the defence line carried us through the quarterfinals, so the offence must showcase a performance that can help the defence in the semi-finals and final.”

The semi-final fixture between the U-24 Japan National Team and U-24 Spain National Team is scheduled to kick-off at 20:00 on Tuesday 3 August at Saitama Stadium 2002. 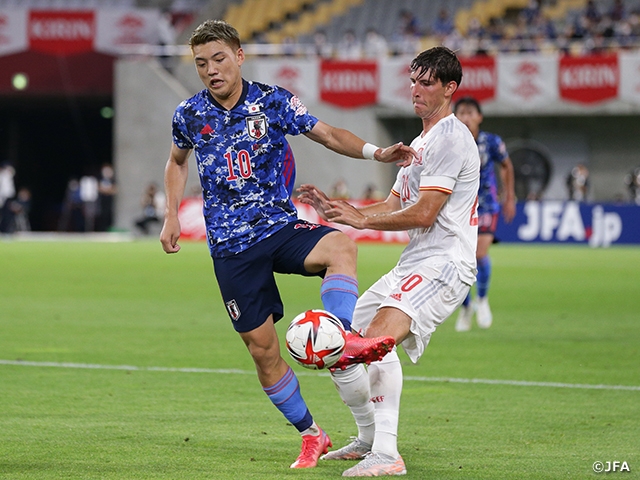