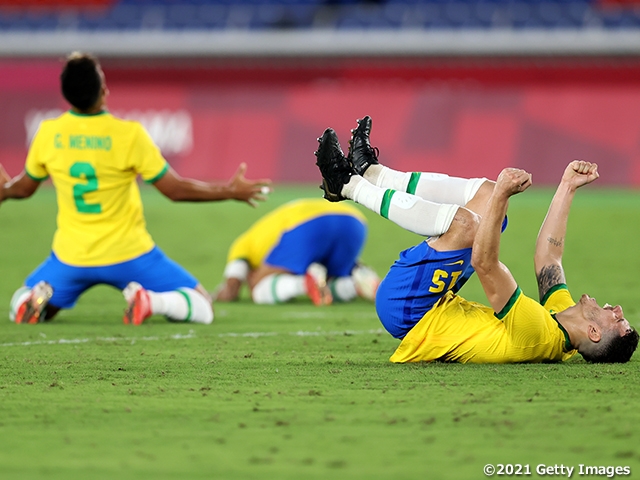 The gold medal match, which took place at International Stadium Yokohama, featured two of the tournament favourites, Brazil and Spain. Despite seeing their ace RICHARLISON fail to convert a PK in the 38th minute, Brazil still managed to take the lead during additional time of the first half, with the goal scored by Matheus CUNHA. Spain responded in the 61st minute, when Mikel OYARZABAL connected with a cross to fire a well-timed volley shot to equalise the match.

The match intensified after the equaliser, as both teams showcased tenacious efforts to take the lead, but it wasn’t until the 108th minute that the next goal was scored, as MALCOM scored the decisive goal for Brazil in the second half of overtime. 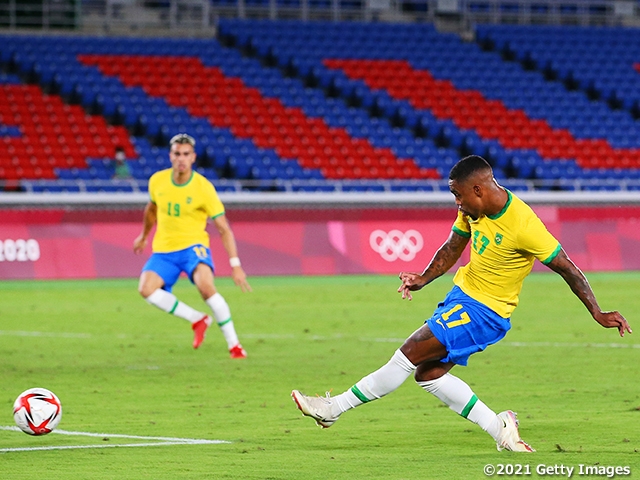 Despite winning five times at the FIFA World Cup, Brazil had never won the Olympic gold medal until Rio 2016, when they called-up the ace of their senior team, NEYMAR, as one of their over-age players. After claiming their first Olympic gold at their home country, Brazil showcased a strong outing in the group stage of the Tokyo Olympics, advancing through to the knockout stage by defeating Germany and Saudi Arabia, while drawing against Cote d'Ivoire. Following their 1-0 victory over Egypt at the quarterfinals, the defending champions edged Mexico as a result of penalty shootout to advance to the final for the third straight Olympics. 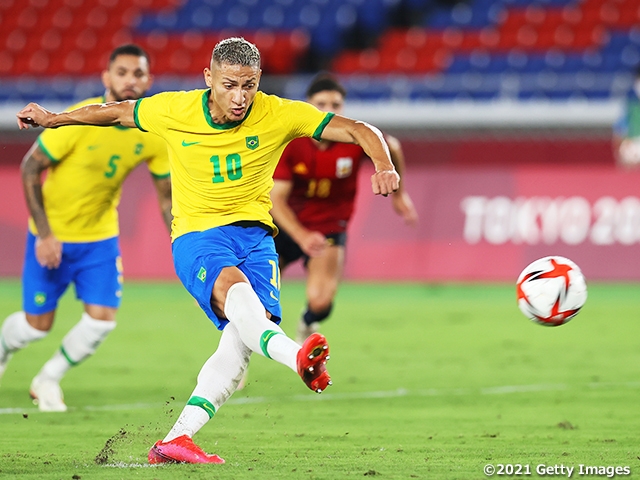 What the four teams advancing to the semi-finals: Brazil, Spain, Mexico, and Japan, had in common was that they brought their best possible squad for this Olympics.

Brazil brought Richarlison, who is one of the core players of their senior squad, while naming Daniel ALVES as one of their over-age players. Douglas LUIZ and ANTONY are also among those who are likely to feature the senior squad for the upcoming South American qualifiers for the FIFA World Cup Qatar 2022™.

Spain named six players who participated in the recent EURO 2020, including Dani OLMO and Unai SIMON, while Mexico featured household names such as Guillermo OCHOA, Luis ROMO, and Carlos RODRIGUEZ. 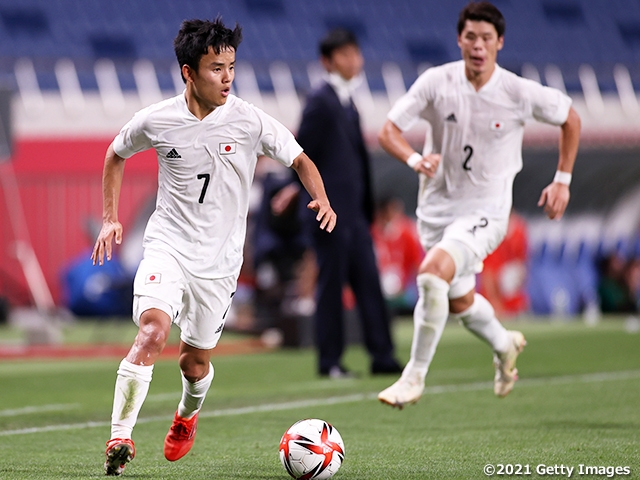 On the other hand, the trend in football did not change much. Hard work and quick transition remain to be essential factors, but the focal point was on how efficiently teams can execute each play. Especially in a tournament where matches were played every three days under scorching heat, the presence of team tactics, group tactics, and individual tactics played a huge role in conserving energy.

This Olympics also reminded everyone the significance of the fans and supporters. How their cheers and applause encouraged the players during difficult times, while giving them extra momentum in the attacking third. As the host, it was unfortunate that the Japanese squad was not able to gain that extra push from the crowd at this Olympics.

Perhaps, some countries will continue to have difficulties assembling a solid team for the age-restricted competition at the Olympics, and the gap may become bigger. In other words, Japan will continue to have a fair chance of winning a medal at the Olympics. Although the players will no longer have the luxury of playing at their own country, let’s hope they win a medal in Paris 2024. 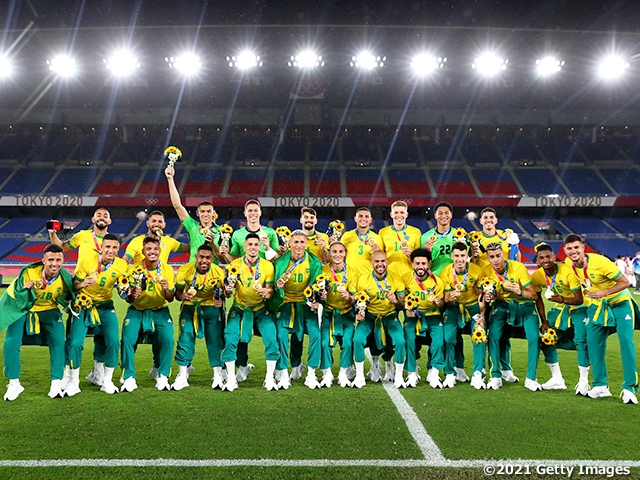